Why Interoperability Will Be Crucial For Blockchain Games

in NFT Blockchain P2E
by CryptoDaily 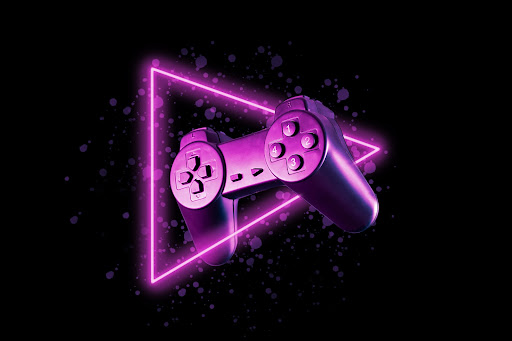 Blockchain games have been hailed as the next generation of video gaming. With blockchain technology, video games developers can integrate cryptocurrencies and NFTs into their creations, enabling what’s known as “play-to-earn”, where players can win cash prizes and valuable NFT-based items that can be traded for crypto on third-party marketplaces.

Play-to-earn games have already proven to be a big hit in lower-income countries such as the Philippines and Venezuela, with some players reportedly earning thousands of dollars a month playing titles such as Axie Infinity. The ability to get paid for playing games is a dream come true for millions of gamers all over the world, and a growing number of game developers are looking to create more compelling titles to cater to the demand for it.

While a lot of the focus for developers has been on creating more compelling games with better gameplay and graphics, blockchain interoperability must also be a key consideration going forward. In the case of P2E games, interoperability refers to the ability to communicate with third-party marketplaces and other games. This will likely be an essential factor in the growth of new titles and the ecosystems around those games.

All P2E games already have a degree of interoperability. The vast majority of early P2E titles, such as Axie Infinity and Splinterlands, are built on the Ethereum blockchain. Because they’re based on the same network, those games can easily communicate with one another, as well as various NFT marketplaces and cryptocurrency exchanges that players use to cash out the prizes they win.

Interoperability can massively enhance the P2E gaming experience. For instance, NFTs can be applied to different games. So a weapon or a character’s “skin” that a player wins in one game could be transferred to another game, where it represents a different kind of weapon or skin. Not only does that make in-game items more useful, they’re also more marketable for those who wish to sell them.

However, as more games emerge on competing blockchain platforms that are more suited to gaming, the need for a greater degree of interoperability is becoming apparent. One of the problems of Ethereum is that the network is too congested, meaning transactions can take several hours to process and come with higher costs. Developers are therefore moving to other blockchains such as Cronos that allow for faster transactions, lower fees and additional benefits such as stronger security. As a result, blockchain interoperability is becoming a key consideration for P2E games developers.

P2E games that lack interoperability with games on other blockchains will struggle to grow. To that end, Cronos recently announced the integration of its Cronos Play developer platform with ChainSafe’s Gaming SDK, web3.unity, a tool that enables developers of mobile, desktop and web games to interact with token contracts and NFT contracts by fetching on-chain data, querying wallet addresses, sending transactions and more in-game.

What’s unique about ChainSafe’s web3.unity SDK, from the developer’s perspective, is its support for multiple popular blockchains, including Ethereum, Binance Chain, Avalanche, Polygon and Moonbeam, and now, Cronos too. Developers who use web3.unity to build their games will be able to interact with any game or marketplace across all of those supported blockchains, meaning they can tap into a much wider ecosystem of gamers and partnerships.

Blockchain interoperability promises to be a key consideration for developers who want to reach out to a new generation of video games players. Perhaps the most important benefit of interoperability is its usefulness in marketing. Developers could promote their new games by allowing players who have already collected tokens or NFTs from Game X to receive free items in their upcoming titles. Other ideas include NFTs that serve as a cosmetic item in one game, while also providing free access to a real life event somewhere in the physical world.

The possibilities of blockchain interoperability in the world of crypto games are endless. Going forward, it will be crucial for developers to build on interoperable blockchains like Cronos, where only their imagination will hold them back.