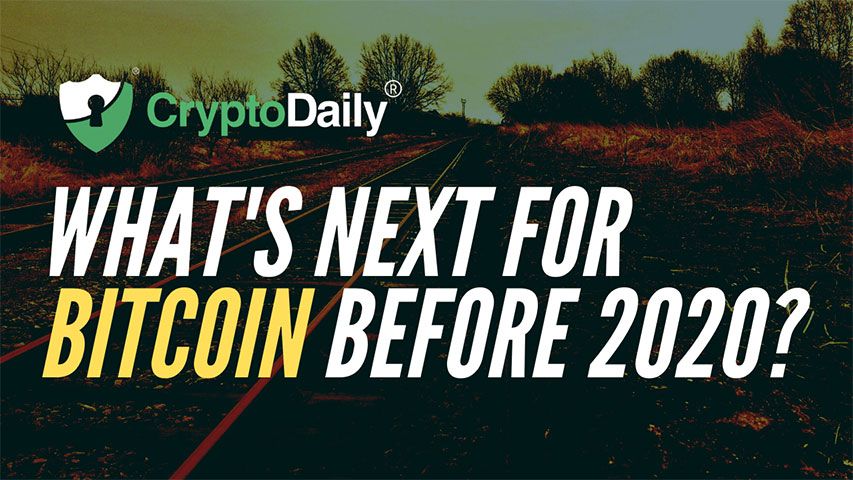 The UK election is finally over with the Conservative Party taking the lead. With Boris Johnson back in the office, we can be sure that he will “get Brexit done” and the markets will see continuity. The uncertainty that we have seen around Brexit that stalled some major market developments will likely unfold now. The recent move in EUR/USD saw the pair soaring high yesterday. It went on to make the long anticipated triple top. However, the cryptocurrency market did not follow as Bitcoin (BTC) and other coins kept on trading sideways while the Euro and the British Pound made big strides against the US Dollar.

Bitcoin (BTC) could move up to rally towards the $7,442 level but it not likely to break past that. Even if it does manage to do that, the upside is quite limited compared to the downside. The price could rally towards $8,000 in the best-case bullish scenario but it could fall much lower in the bearish scenario which at this point is more probable. The 4H chart for BTC/USD shows the price ready to decline any time now. The conditions are prime for such a decline and if we see some sort of weakness in the S&P 500 (SPX) or the EUR/USD forex pair, then this decline would be hastened with altcoins like Ethereum (ETH) losing much more compared to Bitcoin (BTC). This is why it is not a good time to be long on ETH/USD simply because the risk reward is not worth it.

There is a strong probability of the cryptocurrency market losing much more ground in the weeks ahead. The 4H chart for ETH/BTC shows that Ethereum (ETH) has failed to gain ground against Bitcoin (BTC). Meanwhile, XRP/USD has entered another moon phase and now risks further downside. The preceding phase comprised mostly of sideways movement which means that the current phase could see a big move which we expect to be to the downside. Even though investors are fearful at the moment and the Fear and Greed Index is at “extreme fear” which is often a time to expect some sort of a near term reversal, it is important to realize that most technical indicators do not support a reversal just yet. The price of Bitcoin (BTC) is more likely to plunge below the 100 Week EMA down to the 200 Week EMA in the weeks ahead. We could see some sort of short-lived upside follow from there but until then there is no reason to be bullish on the market. In fact, any near-term bullish move before 2020 might be an opportunity to sell or short sell and not buy until conditions change.