IoTeX goes to Dubai and finds a multitude excited to learn, invest, partner, and build on their platform 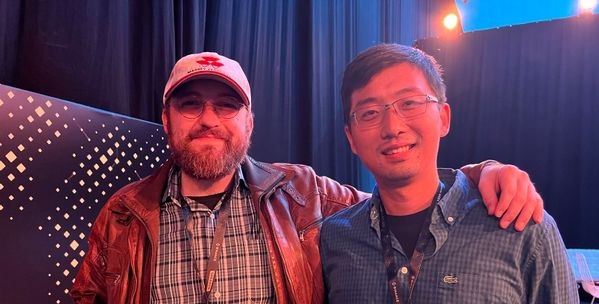 It seemed like a lifetime ago since we were all able to meet IRL, as the cyber folks say nowadays. For those who don't know, that means in real life. After years, literally, of lockdown, thousands of crypto and blockchain OGs (Old Gansta’s, i.e. early adopters) and enthusiasts descended into Dubai for weeks of unforgettable events.

It was equally exciting for several IoTeX members who were there for a dozen very intensive days of speaking, meeting, networking, and exhibiting what this extraordinary MachineFi-focused enterprise does and where it's headed.

Many of those IoTeX team players met for the very first time, physically, that is. What happened during their extended stay in Dubai would prove to be one of the most significant experiences for all of them. After all, it is a fully decentralized blockchain project.

Let's start with a bit of a story about how crypto has made its way into this UAE's economically fast-growing emirate. The government has embraced the industry and wants to lead the world into this new era.

Immediately after the Dubai government started to offer digital asset licenses in a bid to become the global crypto hub, several cryptocurrency firms rushed to set up shop in the city that boasts the world's largest … well, practically the largest or biggest everything.

Crypto exchange Bybit is the latest to announce its move from Singapore to Dubai, joining Binance, Crypto.com, and FTX.

Among the many prominent figures IoTeX team members met during the AIBC were Dr. Jane Thomason and Dr. Miroslav Polzer. They are both highly-regarded academics and international speakers and authors who advocate in favor of blockchain for social impact and climate control.

They invited IoTeX to the United Nations MENA Climate Conference 2022. A few people there learned of the many things Pebble Tracker can do to help in this area, as its sensors can draw verifiable and trusted data to the blockchain and help support  companies' claims that they are reducing their carbon footprint.

Dash Co-Founder Felix Mago, a serial entrepreneur, spoke with the IoTeX team, including CBO Larry Pang, on potential synergies and future collaborations. He was impressed with the Pebble Tracker, the forthcoming launch of Meta-Pebble, and the Proof-of-Presence (POP) protocol, which will revolutionize how event organizers, for example, engage with attendees by rewarding them with tokens or NFTs for visiting exhibitor booths.