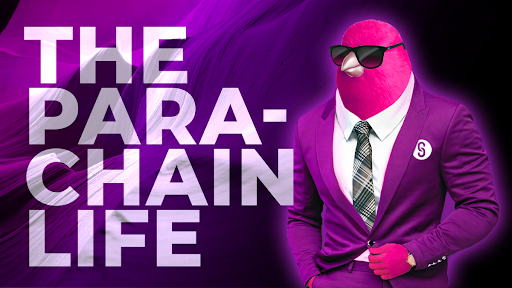 The Social Network development space was abuzz with news coming from SubSocial of its recent successful Kusama parachain auction. As a direct implication, crowd lenders stand to receive 16.5 Million SUB tokens as compensation for the 100,420.69 KSM raised during the auction.

Starting from January 8, 2022, the Kusama parachain will fully integrate and go live with SubSocial's open platform. It creates a new paradigm for Social Network development. One where user-centric platforms are the norm rather than the exception.

Social Network participants are tired of the current framework. Problems ranging from data breaches to data harvesting (Cambridge Analytica and co), fake news, and unnecessary censorship have made users abandon Social Networks to seek solace in unconventional platforms that give them everything they want and more.

Web3 Platforms Are The Future of Social Interaction

As unconventional as web3 platforms seem to many people, the issues the innovative minds solve with the next generation of the web as their projects cross the rubicon with how solutions get provided.

SubSocial, for instance, runs off substrate, deploys to InterPlanetary File System (IPFS), and will now get integrated into Kusama's parachain on a sandbox basis.

That kind of approach shows the coming dynamism that will bring back the Social Network as a permanent fixture in our lives. But, this time, with the user as the core focus. Rather than the owner. Users are the owners because of the decentralized basis of governance on these new Social Networks!

SubSocial and platforms like it provide a new perspective to project building. Developers can get going while the SUB token and its features allow quick and easy project deployment and onboarding.

Built as a framework for Social Network deployment, SubSocial is a decentralized framework that defines a new era where innovation becomes more important than structure. That itself is the mantra of the web3 space.

Including the Kusama parachain creates cross-platform capabilities and opens the door to multi-platform integrations that give proof of Polkadot's resilience.

SUB and other social tokens within the SubSocial ecosystem get recognition and exposure as platforms talk to and with each other as projects onboard and link up.

The Kusama Parachain Ecosystem Comes Into Its Own

Kusama as parachain ecosystem has proved to be one-of-a-kind. By providing pre-mainnet value, Kusama has served as the last phase for developers to test out their projects before they hit the Polkadot mainnet.

This final phase helps prevent some disasters that have occurred on other blockchains. The decentralized finance (DeFi) could have prevented some hacks and attacks if projects onboarded unto Kusama-type parachains or similar on their blockchains.

It may sound drawn-out, but having this innovation phase of project execution is proof that Polkadot is heading in the right direction.

Cryptocurrency community members can now decipher project lifecycles as they onboarded different types of ecosystems. For SubSocial, this may be the next stage before achieving critical mass. Then the nuclear type of lift-off will occur as Social Network projects litter the Polkadot landscape.

Social Proof is the Ultimate Form of Capital

As Social Networks undergo the next stage of evolution, proof of monetization exists as data on human interactivity provides insight into how alternative forms of capital and assets get generated.

"We are thrilled to have Subsocial secure a parachain slot on Kusama. This will allow us to build all sorts of innovative integrations in the Social Finance sector. Our community's support has been incredible".

These innovative integrations bring out the other forms of value and capital within the nexus of human interactions. Social Networks are just the key!