How Low Can Bitcoin Fall From Here? 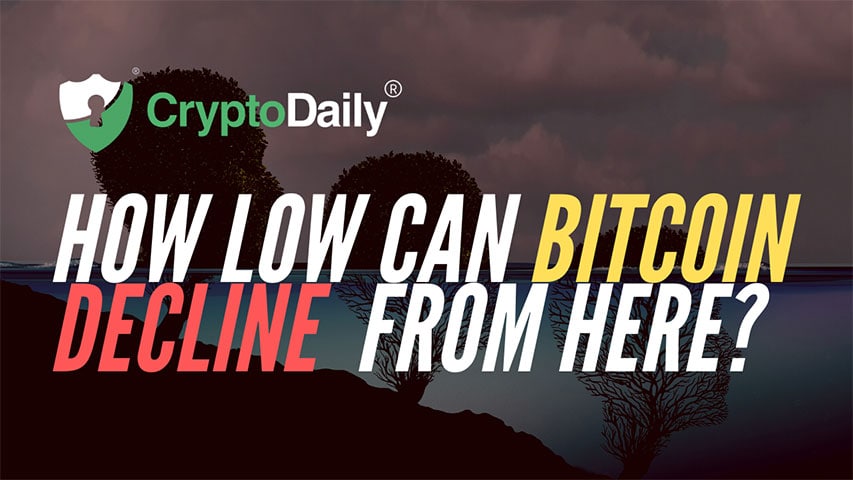 Bitcoin has seen a change in outlook near term after our last analysis. The bulls failed to rescue the price as it kept on declining until it finally broke below a key support level. This has now increased the probability of further downside. We have seen previously that sharp declines have been followed by quick recovery when BTC/USD intended to rally higher. However, whenever a sharp decline was not followed by a quick recovery, we have often seen that the move is not complete and further downside is expected.

In this case, BTC/USD failed to see a quick recovery and we can now expect it to decline further. It is still hard to believe that the price will just decline towards $7,800 and crash below it without seeing some upside first. In our last video we discussed the bullish case which could see the price rise as high as $9,000 before the decline sets in. Even now we cannot discount the possibility of a rally at least towards the 200 MA on the 4H time frame. This is why we need to be careful near term but the next big move is likely going to be to the downside and that is what we need to remain focused on.

The EUR/USD forex pair showed some signs of strength recently but it ended up closing below the 38.2% fib extension level as well as the 200 MA on the 4H time frame which has now changed the near term outlook not just for the Euro against the Dollar but also for the cryptocurrency market. Further decline in this market will likely be in sync with a decline in this pair and potentially the S&P 500 (SPX) as it has also reached overbought levels now. Ethereum (ETH) has been declining within a descending broadening wedge as we can see on the 15 min chart for ETH/USD. We have yet to see if the bulls can rescue it but even if it does end up rallying higher, there is not much upside to expect. Bitcoin dominance could rise further short term whereas Ethereum dominance (ETH.D) is expected to decline as the next downtrend sets in.

As Jeff Bezos breaks his own wealth records, he still won’t be able to buy ALL bitcoins in circulation