Bitmain Co-Founder Kicked out of Company Unbeknownst to Him - Legal Battle in the Headlights? 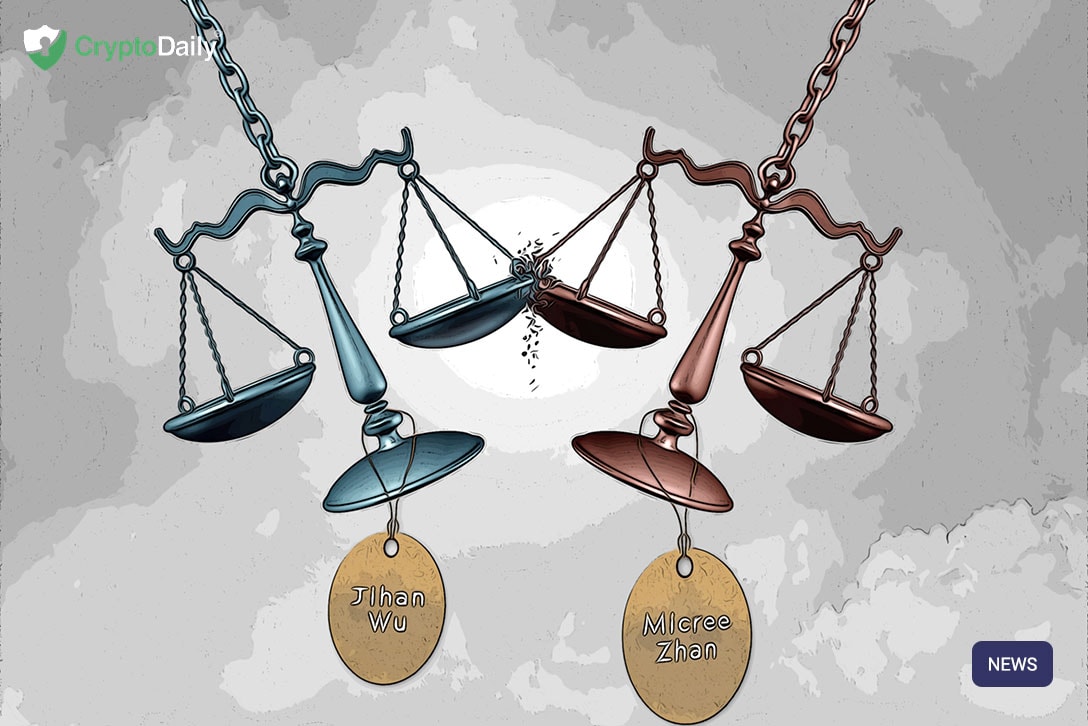 Micree Zhan, the Bitmain co-founder was recently kicked out of the mining firm without any consent or knowledge on the matter.

Now, one of the world’s richest crypto billionaires is getting ready to go to court over the matter if the need arises. This is the name of getting him back into the platform.

Two of its main founding members, Jihan Wu and Micree Zhan, have been locked up in a leadership dispute for the past two years. The arguments and debates have caused Zhan to get left behind and kicked out of the firm without any consent or prior knowledge.

Wu reportedly sent an email last week, with a subject of “important notice” to all Bitmain employees. The statement essentially said that Zhan was leaving the firm and was dismissed from all of his roles.

According to CCN, the email stated:

“Bitmain’s co-founder, chairman, legal representative, and executive director Jihan Wu has decided to dismiss all roles of Ketuan Zhan, effective immediately. Any Bitmain staff shall no longer take any direction from Zhan, or participate in any meeting organized by Zhan. Bitmain may, based on the situation, consider terminating employment contracts of those who violate this note.”

The decision to dismiss Zhan was down to a bout of disagreements between the two founders. Wu allegedly said the company was spending “unnecessary and hasty investment.” On top of this, the Bank of Beijing retracted from a credit line that was already given the green light. The ruling was based on suppliers calling for clearing accounts which were then payable.

With Zhan out of the picture, Wu has taken over the roles of executive director and legal representative of Bitmain from Zhan. but I wouldn’t expect Zhan to go down without a fight.

In an open letter on his WeChat account, Zhan stated:

“I have never thought that as a person focusing on technology and product, I have to start thinking from legal perspectives. It was embarrassing that as a Bitmain co-founder, the biggest shareholder, and a registered legal representative, I got ousted without any knowledge in this coup while on a business trip.”

It will be interesting to see what happens from here. For more news on this and other crypto updates, keep it with CryptoDaily!