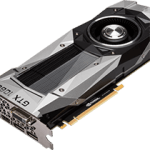 The nVidia GTX 1080 TI is a new flagship gaming GPU, which is based on the NVIDIA Pascal architecture. It is the latest addition to the gaming platform, and the card is absolutely packed with extreme gaming horsepower, next generation 11 Gbps GDDR5X memory, with a massive 11GB frame buffer. Please note that the mining equipment metrics are calculated based on a network hash rate of 253,330 KH/s, and uses an exchange rate of 1 ZEC = $247.41. These figures have been based on the total network hash rate, and on the ZEC to USD conversion rate. The cost of equipment can vary, and the block reward is fixed at 10ZEC and future block reward reductions are not taken into account. The price of electricity that is used to generate these metrics is $0.12 per kWh.