in Web3 IoTeX
by Crypto Daily 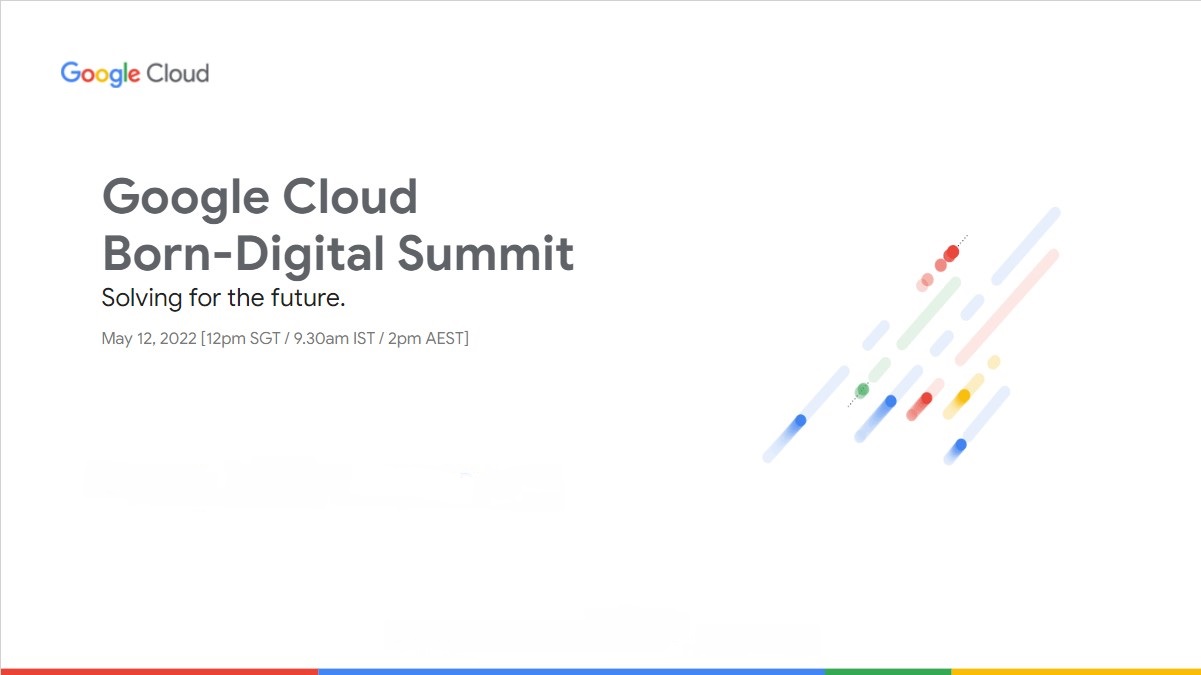 IoTeX is pleased to announce its participation in Google Cloud's Born-Digital Summit 2022 on 12 May.

The event is a free live digital event for startups, digital natives, and VC ecosystems to share learnings and best practices and support these companies in their business and technological journey.

"Whether you're building your MVP (minimum viable product) or scaling with new customers and the best talent, the tools you need are right here," reads the event's landing page.

Asia Pacific's premier startup community event is an excellent opportunity to discover the technologies and ideas shaping the future - from the latest in data and infrastructure to blockchain and cryptocurrency.

IoTeX CEO and Founder Dr. Raullen Chai said he's honored to have been invited to the summit because he's the only one representing a Web3 project.

Dr. Raullen Chai will join Richard Widmann, Head of Strategy and Digital Assets at Google, for a discussion on how Web3 is tapping into blockchain technology to solve the future. They will cover opportunities and challenges in the space, and why IoTeX stands out from its competitors.

The event includes two content streams and more than 15 eye-opening sessions. Attendees have the opportunity to join other cloud natives in discovering why APAC has become a global hotspot for tech talent and innovative digital businesses, the Google Cloud event page adds.

During the event, "We'll also outline the Google Cloud vision and strategy for Google Cloud's technology, and the value we can bring customers with products such as Data/AI, AppMod, Cloud Run, Firebase, BigQuery, as well as the Google for Startups Cloud Program."

The event organizers said the Asia Pacific program would be hosted live from the Singapore Google office. It will feature live and pre-recorded sessions from Google experts and customer guest speakers and many customer use cases, demos, and live Q&A.

The program will also include live translated captions in Korean and Bahasa, providing even greater accessibility throughout the APAC region.

The Google Cloud and IoTeX partnership

As recently reported by Gulf News, IoTeX – a Silicon Valley-headquartered Internet of Things (IoT) project – and Google Cloud signed a collaboration agreement to enable IoTeX to accelerate its global expansion strategy and help it work towards its objective of having billions of devices connected to its network.

IoTeX is revolutionizing the machine economy by making IoT devices more interconnected than ever and by giving companies and individuals better control and ownership over their machines, Gulf News added.

The company's newly inked partnership with Google Cloud will enable IoTeX to accelerate its global expansion strategy and help it work towards having billions of devices connected to its network. "IoTeX is growing 20 percent month-on-month," Dr. Chai, formerly of Uber and Google, said.

Dr. Chai added that since IoTeX launched its first code release in April 2018, it has processed over 35 million transactions without a single system failure and at a 99.9 percent reliability rate while running on Google Cloud.

Larry Pang, Head of Ecosystem at IoTeX, stressed that Google's offering would allow the IoT project to continue growing at an impressive rate and "absorb" surges without any disruption.

IoTeX recently launched a $100 million sustainable ecosystem fund that will aid the development of the decentralized machine economy.

This fund will provide in excess of 1,000 decentralized machine economy startups with funding and will connect more than 10 million smart devices to IoTeX's MachineFi portal within the next three years.

Jing Sun, Head of Investment and Ecosystem at IoTeX, said developers of decentralized apps (dApps) would "receive all the support they need to be successful" as part of this new fund.

This year promises to be better than 2021 when the IoTeX network saw meteoric growth. It moved up over 100 positions in the CoinMarketCap rankings and saw its market capitalization increase 40-fold. IOTX wallet addresses also grew by over 2,000%.

In a recent live stream celebrating four years since their first code release, Dr. Chai revealed IoTeX would shortly announce some significant partnerships, so keep an eye out for some very exciting news.