in Tezos Blockchain NFT
by CryptoDaily 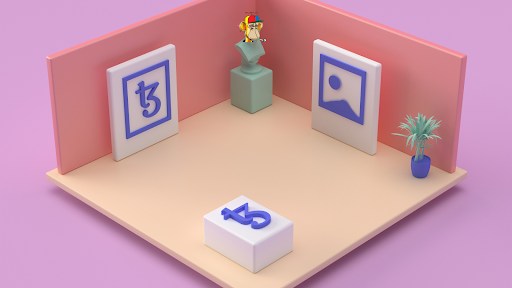 Crypto influencer Snoop Dogg believes that the world of non-fungible tokens is on the path of divergence, and that NFTs will soon emerge as a new kind of digital canvas for genuine artists.

Today’s NFTs really only have a tenuous link with the world of art, despite it being the most obvious use case for these digital tokens. The vast majority of the world’s NFTs - which are tokens that assign ownership of digital assets and allow them to be traded - are indeed linked to some kind of digital image. But many of these images are, in fact, more akin to avatars than digital works of art. Not even the most valuable ones, like the Bored Ape Yacht Club NFTs, can be considered as genuine masterpieces.

But Snoop, through his Twitter alter ego Cozomo de’ Medici, thinks things are changing and that NFTs will become an important medium for artists, especially those in the modern, generative art space.

Prediction: 1/1 and genart will diverge from other NFTs, as the world’s biggest tradart collectors seek an entry point unclouded by the mania 🕊

NFTs will likely eventually evolve to serve multiple different purposes and exclusive, ape-style collectibles like the BAYC collection will not go away anytime soon. But art is clearly one of the most valid use cases for NFTs, and the divergence Snoop predicts is in fact happening. One only need look at the NFT scene on the Tezos blockchain for evidence of that.

The vast majority of the world’s NFTs are hosted on the Ethereum blockchain, which is notorious for its slow transaction times and high energy usage. Tezos, in contrast, is an extremely energy-efficient blockchain that aims to rival Ethereum, touting its superior sustainability that allows artists to mint “Clean NFTs”.

Given that artists generally tend to be more in touch with their surroundings than most non-artists, it’s perhaps not a surprise to learn that sustainability is a big consideration for many of them. Artists care about the environment and clean technologies and they want to do as much as they can to reduce their carbon footprint. That, apparently, has given Tezos a clear edge over Ethereum and has probably been one of the main factors in the emergence of the distinctly artistic nature of its NFT ecosystem.

Jon Burgerman, a popular NFT artist who sells his works on the Hic et Nunc marketplace on Tezos, explained that he feels less pressure and more at ease when it comes to experimenting with creating new tokens. He said he feels less guilt with regards to the carbon footprint of his creations, while he also doesn’t have to worry about the costs due to its miniscule gas fees.

“Not having a huge financial or environmental cost is quite liberating and I think because of these things it’s brought together a lot of like-minded people,” Burgerman said. “Its created a bit of an atmosphere where everyone is sharing the same mindset with it being playful and experimental. It’s been a joy seeing so many creatives just being themselves and, well, creative!”

It's these sentiments that have created a flourishing community of true creatives on the Tezos NFT scene, quite unlike what we see on any other blockchain. Christopher Schultz of the interactive studio SPACE told TalentHouse in an interview that he also chose Tezos for sustainability reasons when it came to minting his “Unseen Frames” NFT collection.

“We decided directly in favor of Tezos,” he explained. “For us, it is the platform we trust most in terms of climate-friendly technology.”

Tezos has become an increasingly prestigious place for artists and its NFT marketplaces reflect this too, with platforms such as Hic et Nunc and Objkt having a very different feel to more user-friendly marketplaces like OpenSea on Ethereum.

Renowned artists have been flocking to Tezos in recent months, helping to increase its appeal as the best place for creators to get creative. Last year, the American rapper, singer, songwriter, and record producer Doja Cat made headlines when she chose to mint her first-ever NFT collection on Tezos. Her collection, Planet Doja, a series of 26,000 limited edition collectibles, was launched on OneOf, a “green” NFT platform aimed squarely at musicians dipping their toes into the world of NFT art.

Other prominent creators include the German generative artists Mario Klingemann, who launched his NFT experience “Human + Machine” during Art Basel in Miami Beach. Human + Machine was a groundbreaking experience that involved the use of two neural networks that would take an image of human visitors to the exhibit. The first of these networks would highlight specific facial features such as the person’s eyes, nose, lips and mouth-shape and transform them into a kind of data map. Then, the second network turned the process on its head, using the mapped data to try and recreate a face. The result was that each visitor generated an entirely unique NFT art, based on their own face.

Another unique interactive NFT project took place at the 59th Venice Biennale in April featuring the Swiss-based generative artist EKO33, whose works have previously been on display at museums such as the Seoul Museum of Art.

Tezos is also reaching out to up and coming artists via its Tezos Foundation, a nonprofit organization that aims to grow the blockchain’s ecosystem. It has earmarked $1 million for a fund that will be used to create a permanent collection of NFTs created by new and talented artists from Africa and Asia. The collection is being curated by another prominent name - the U.K. photographer Misan Harriman, who has previously shot cover photos for publications like Vogue.

Lastly, one only needs to look at the top collections on Tezos to see which direction its NFT projects are going. You won’t find any bored apes here, because Tezos’ NFT scene is dominated by creators with more abstract flair, including John Karel, who made his name due to his collection of Window Still Life NFTs that portray various random objects and weather within still window frames.

The generative and Pixelated art domains are also well represented on Tezos, with the likes of Mjlindow and Tired Pixels creating high quality abstract art that has gotten a lot of attention from collectors.

Snoop Dogg later clarified that he doesn’t necessarily see a price divergence between 1/1s and genart NFTs, so the days of multi-million dollar Bored Ape sales are probably not yet done. Rather, what we’ll see is various categories of NFTs emerging, with the likes of your PFP avatars becoming very distinct from the more creative projects emerging on platforms like Tezos.