in DeFi
by Adrian Barkley 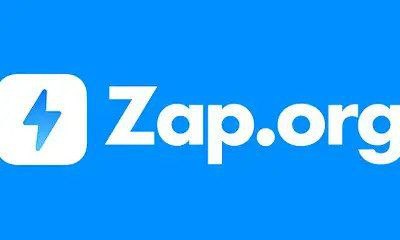 ZAP’s price has eventually settled at circa $0.0189, as per Bitrue, but further gains could be on the horizon.

The token’s price surge was driven, at least partly, by Zap being made available to trade on the Solana network via the Raydium and Serum DEXs, in addition to the launch of a software development kit (SDK) for Zap’s oracles and NFT marketplace.

Furthermore, news that Zap’s token will soon be available in the new Cryptos.com DEX also added to the bullish sentiment, as did confirmation of an SDK for ZAP validator nodes which will go live in due course.

It also came amid a broader crypto market rebound over the last 24 hours, although, over the same 72-hour period, Bitcoin (BTC) is down by almost three percent, while Ethereum (ETH) has gained circa 3.2 percent.

Zap Protocol was co-founded by crypto pioneer Nick Spanos, who launched the world’s first-ever physical Bitcoin exchange – the Bitcoin Center NYC – back in 2013.

Its token first started trading in 2017, and the project’s decentralised oracle platform went live in 2019.

In addition to Zap Oracles, which allows users to link real-world data to the blockchain, the Switzerland-headquartered project recently launched its NFT marketplace and is set launch its own decentralised exchange (DEX).

And in late February, Zap announced a partnership with VoteWatcher to create a decentralised app (dApp) “that will aid poll watchers to keep elections fair and transparent utilizing blockchain technology.”

This dApp will provide a platform for poll watchers to report suspicious activity that can be tracked on the blockchain.

Specifically, it will allow inspectors to review and approve relevant recorded activity and “then mint it as an NFT which is stored with geolocation data and a timestamp on the blockchain generating an immutable digital record.”