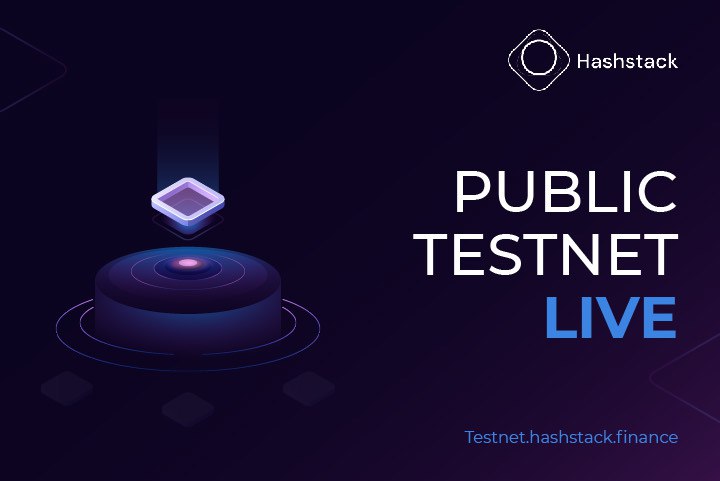 Even though Ethereum popularised the provision of Decentralized Finance back in 2017, the space continues to push out innovative offerings even today, some of which are unheard of.

This is because the massive potential that DeFi has often goes unnoticed. However, Hashstack seems to have tapped that potential.

The DeFi platform Hashstack, whose biggest offering is the Open Protocol launched the protocol’s public testnet this week in which it brought an array of unique features, including the world’s first-ever non-custodial, secure under collateralized loans.

But, the remaining amount of the loan can be used as in-platform trading capital. This way, Hashstack has developed a novel mechanism that enables the eternal scalability of storage and logic of smart contracts to facilitate the same.

Furthermore, Hashstack is also submitting an Ethereum Improvement Protocol soon to help foster secure and upgradeable smart contract development, which will enable Hashstack to integrate with as many Dapps as needed with the Open Protocol.

Commenting on the same, the founder of Hashstack Finance, Vinay Kumar, stated,

“Our public testnet has attracted over US$5 million in total value locked (TVL) immediately after going live. The public testnet release marks a significant accomplishment in Hashstack’s roadmap as we prepare to launch the Open Protocol mainnent later in the second quarter of 2022.”

These launches also include the launch of the protocol’s mainnet set to arrive before the end of the second quarter of this year. In addition to that, Hashstack has also integrated with DeFi chains such as PancakeSwap to facilitate in-app market swaps and improve loan utilization.

This way, the borrowers can swap the borrowed tokens into other primary coins or secondary coins without the need of switching switch the dApp.

Terra’s breakthrough in the DeFi market

Built on the Binance Smart Chain (BSC), Hashstack’s Open Protocol is certainly doing its best in innovating the options presented to users, but even so, BSC has not been witnessing as much inflows as some other chains have, Terra in particular.

Despite having just 28 protocols, Terra managed to surpass BSC in terms of the total value locked in it by a significant margin. The former has about $29 billion locked in it, while the latter is at just $12.6 billion.

Although BSC still commands the position as the third-biggest DeFi chain, it has many competitors like Solana, Avalanche, and Fantom looking to snatch it away. Given the growth of these chains, BSC might need to deploy some more alluring protocols to draw in investments.