The Blockchain Subscription Management dApp, Revuto, Gets Ready to List its Native Token

in Revuto Blockchain Listing
by CryptoDaily 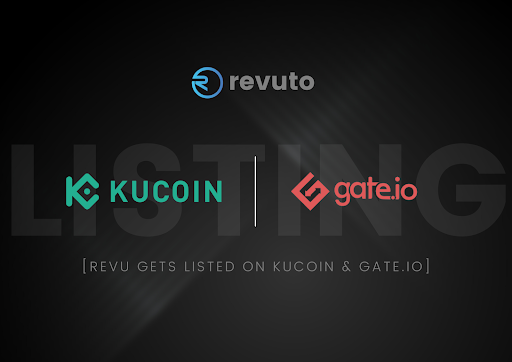 Revuto has managed to achieve unimaginable success within a very short time. Since its hard launch in August, the dApp has seen 300,000 new registrations of users that seek to facilitate the sometimes complex nature of consumer subscriptions. Revuto has simplified the process by leveraging the Cardano blockchain and its smart contract functionality to develop a product that is user-friendly and solves real world problems.

Revuto has completed many major milestones in the last quarter alone, including a successful ICO round, where it raised $10million in a matter of minutes. The REVU token, which sits at the heart of the Revuto project is now undergoing another first as being the first ever Cardano app to list its token on both Gate.io and KuCoin. This means that crypto fans and the wider public will be able to purchase the REVU token, and exchange it for other tokens.

Those members who already hold the token, as a result of the recent ICO, can now deposit their REVU holdings into their exchange accounts in order to transact with them. One of the main benefits of  holding the REVU token for users of the dApp is to save money on subscriptions, from Spotify to Bloomberg and everything in between. The app, which currently boasts over 300k active users, is incentivizing new users to join with token rewards for verifying their accounts.

According to Revuto, “Revuto's mission is to enable our customers to save money by allowing them to take control over what, when and how they pay for their subscriptions. With common practices of deceptive small-print, free-trial user attraction traps, hidden and overly complicated unsubscribe procedures, the subscription economy keeps growing at 100% YoY.”

The subscription industry is undoubtedly growing fast as more products move across to this type of revenue stream, having witnessed the success of platforms and services like Netlfix and Disney. As users gain access to more and more subscription logins, a platform like Revuto could not have come at a better time.

The token listing starts from 7th January and users can buy their tokens from this date onwards. Those who hold the token can deposit it on the exchanges from 6th January onwards.