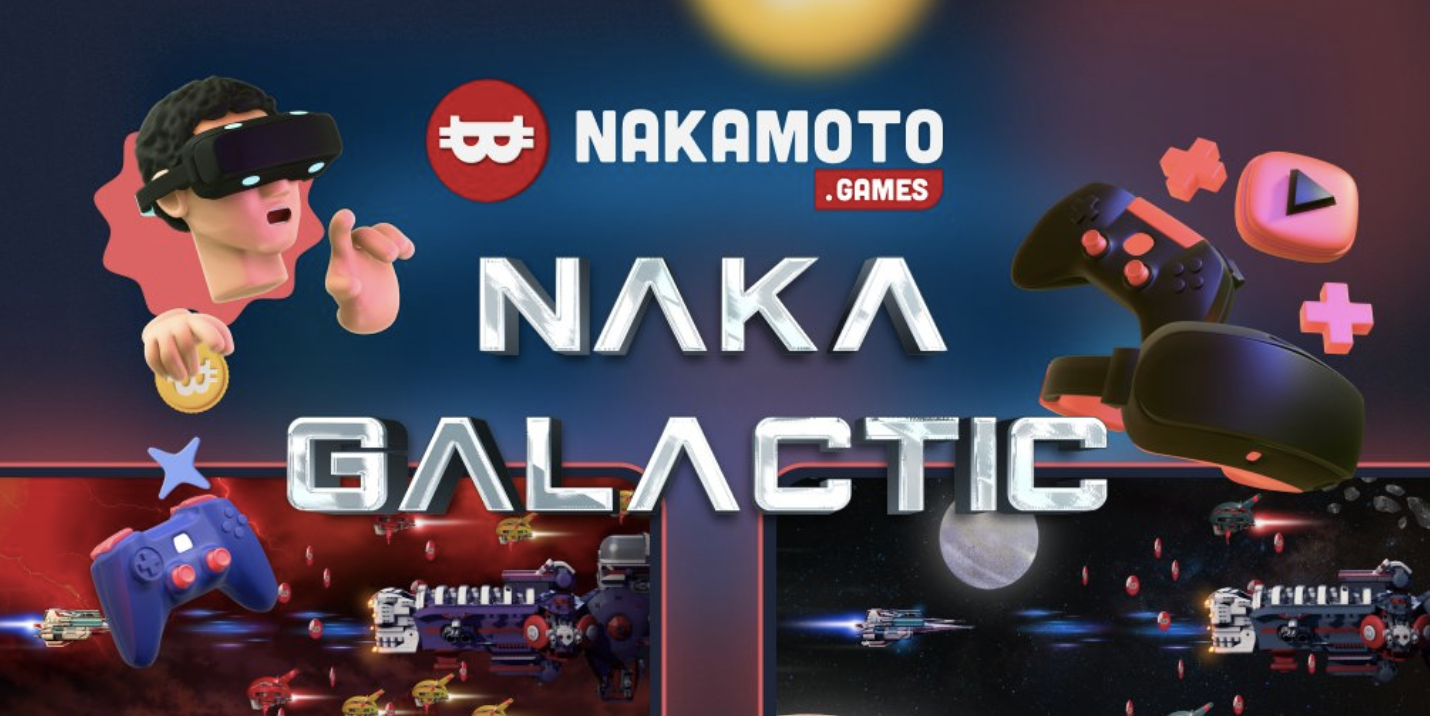 Nakamoto Games recently unveiled its three newest play-to-earn titles for 2022. The first – NAKA Galactic – was released on January 14. It is a space-based action thriller. The second is NAKA Blaster, which is the first multiplayer game on the Nakamoto Games platform. This is a highly interactive shooting-based game that supports friends and multiplayer missions and is currently #1 in the Nakamoto Games Hot Games list.

The third title is called Escape, which is the developer’s first AAA Game. It is a high-end multiplayer 3D game that will be released in Q1, 2022. The entire game was developed in-house and features cutting-edge graphics, exemplary game mechanics, multiplayer features, and play-to-earn capabilities.

All three titles are part of Nakamoto Games’ long-term vision of democratizing earnings and title distributions in the online gaming space by giving independent game developers the tools, resources, and audience access needed to open new markets and compete with larger, enterprise-grade publishers. As a pioneer in the blockchain-based gaming space, Nakamoto Games is setting a new bar and providing developers and independent studios with the opportunity to launch captivating games and novel entertainment experiences to users all around the world.

By helping new developers and publishers enter and compete in the gaming space, Nakamoto Games and its partners can improve game monetization for all parties involved while providing users with a never-ending stream of new and interesting gaming titles from which to choose. Many of these titles have been developed entirely in-house and incorporate feedback from the thriving Nakamoto community to ensure user interest and meet gamer expectations.

According to Tor, the CEO of Nakamoto Games:

“Our team constantly strives to push hard and deliver high-quality games to our passionate user base. We are thrilled about the upcoming release of Escape and are proud of the release of Naka Galactic and Naka Blaster and we look forward to hearing from the community about these titles.”

Naka Galactic, Naka Blaster, and Escape are the newest titles to join the Nakamoto Games. Besides these additions, Nakamoto Games team is currently working on NAKAVERSE, the fully self-sustaining economy of the Nakamoto Gaming ecosystem. The NAKAVERSE is powered by NAKA tokens, which can be used to purchase digital land, in-game items, and customize mini-ecosystems within the NAKAVERSE that are completely tailored, customized, and owned by players themselves.

These titles join Duck Hunter, the first title from Nakamoto Games, as well as NAKA Runner, NAKA DUI, and Alien Apocalypse, all of which have either gone live or will soon be released to the public.

Using the Polygon network to ensure security, high-throughput, and low-cost processing of decentralized applications, Nakamoto Games is building a growing and performant ecosystem that will guarantee high-quality experiences across all titles and will help developers build applications without having to build the infrastructure needed to do so from scratch.

Nakamoto Games is building the premier play-to-earn ecosystem that gives anyone with an internet connection the opportunity to earn cryptocurrency and generate a sustainable source of income by playing fun, interactive, and highly engaging blockchain-based games. Players benefit by earning for playing games they enjoy, and developers can use platform services and resources to launch, market, grow, and monetize their play-to-earn games to new and existing audiences. Learn more by reading the project lite paper or by visiting https://nakamoto.games/.

Connect with the team and the growing Nakamoto Games community at the links below.