The Issue With The NFT Market That Needs To Be Addressed, Fast 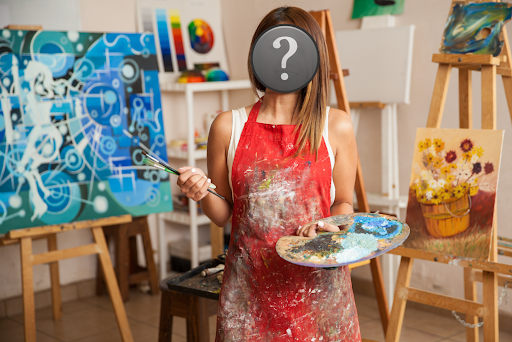 There’s no denying that the non-fungible token (NFT) market has continued to grow at a record pace, with recently released statistical data revealing that over the first three quarters of 2021, there was a 328% increase in NFT transactions, with a number of mainstream entities such as Microsoft, Home Depot, Tesla, Whole Foods, Starbucks, amongst others entering this fast-evolving space, thus helping it mature at the pace at which it has.

That said, it bears mentioning that in its current setup, the NFT space is largely fragmented, with a select few players continuing to dictate the direction of this industry even though in recent years barriers to entry have been reduced by a big margin. In terms of what makes these novel digital offerings so unique, one can say that NFTs provide users with an independent means of publicly verifying the ownership of a wide array of assets ranging from rare collectibles, artwork, music, real estate, etc.

In terms of adoption, NFTs have been able to garner an extremely high level of mainstream support. For example, earlier this year, ex-Twitter CEO and tech-savant Jack Dorsey was able to sell an NFT version of his genesis tweet for a sizable $2.9+ million. Similarly, researchers at UC Berkeley sold two Nobel Prize-winning patents for cancer immunotherapy, and CRISPR-Cas9 to potential buyers for a solid $50k recently, thus showcasing the widespread appeal of this burgeoning asset class.

The problems surrounding the NFT market in its current iteration

As highlighted above, NFT smart contracts designed to provide artists, musicians, and content creators with royalties in a transparent fashion have gained a lot of traction over the last year or so. In this regard, ecosystems such as Zora, OpenSea, Rarible & Foundation continue to pique the interest of many since they offer a ‘creator’s royalty’ option as part of all subsequent secondary sales of an individual’s work.

That being said, what is not made clear usually is the fact that these royalties are only available to creators when secondary, subsequent sales take place via the same marketplace via which the original transaction was initiated. Owing to the fact that the original author cannot do anything to prevent their patrons from listing their NFTs on different platforms, their future earning potential is largely impeded.

In fact, the existing infrastructure using which royalties are split amongst collaborators is largely manually driven and hasn’t reached a level of efficiency that one may have come to expect in this day and age — especially since most of these platforms make use of a blockchain-driven design.

Another tangible issue that currently affects this evolving space is that of original NFTs being sold via private sale events — something that is done so as to mitigate transaction fees associated with listing or selling an NFT. This again prevents creators from accruing any sort of secondary income which otherwise would have been readily available to them if the sale would have taken place from the original minting source.

With conservatives estimates suggesting that the NFT space is projected to grow by a whopping 1000% over the next decade, the above-mentioned issue of royalty distribution (via secondary platform sales) is one that needs to be addressed.

Enter CXIP, a minting-as-a-service (MaaS) platform that has been created with the sole purpose of providing every individual content creator with their very own unique smart contract — clearly defining users rights — thus ensuring that any royalty-based income streams due to them (as a result of third party sales) are made available with the touch of a button.

To elaborate, CXIPs smart contract solutions come replete with sections that clearly define a host of technicalities such as the “NFT creator’s name and details” instead of the current system that just mentions generic details such as “produced using OpenSea Wallet”. Not only that, the platform also provides users with optional add-on services such as registering artists’ work with the U.S. Copyright Office to offer an additional layer of legal protection.

As investors across the globe continue to pour their money into the NFT market, it stands to reason that awareness regarding this space will only continue to grow, thus helping open up this burgeoning asset class to individuals who may have previously been a bit skeptical about the concept of an NFT acting as a long-term digital store of value (SoV). Therefore, it will be interesting to see how the future of this market continues to play out from here on end.