MASQ Network: The Latest Blockchain Innovation in the Fight Against Internet Censorship 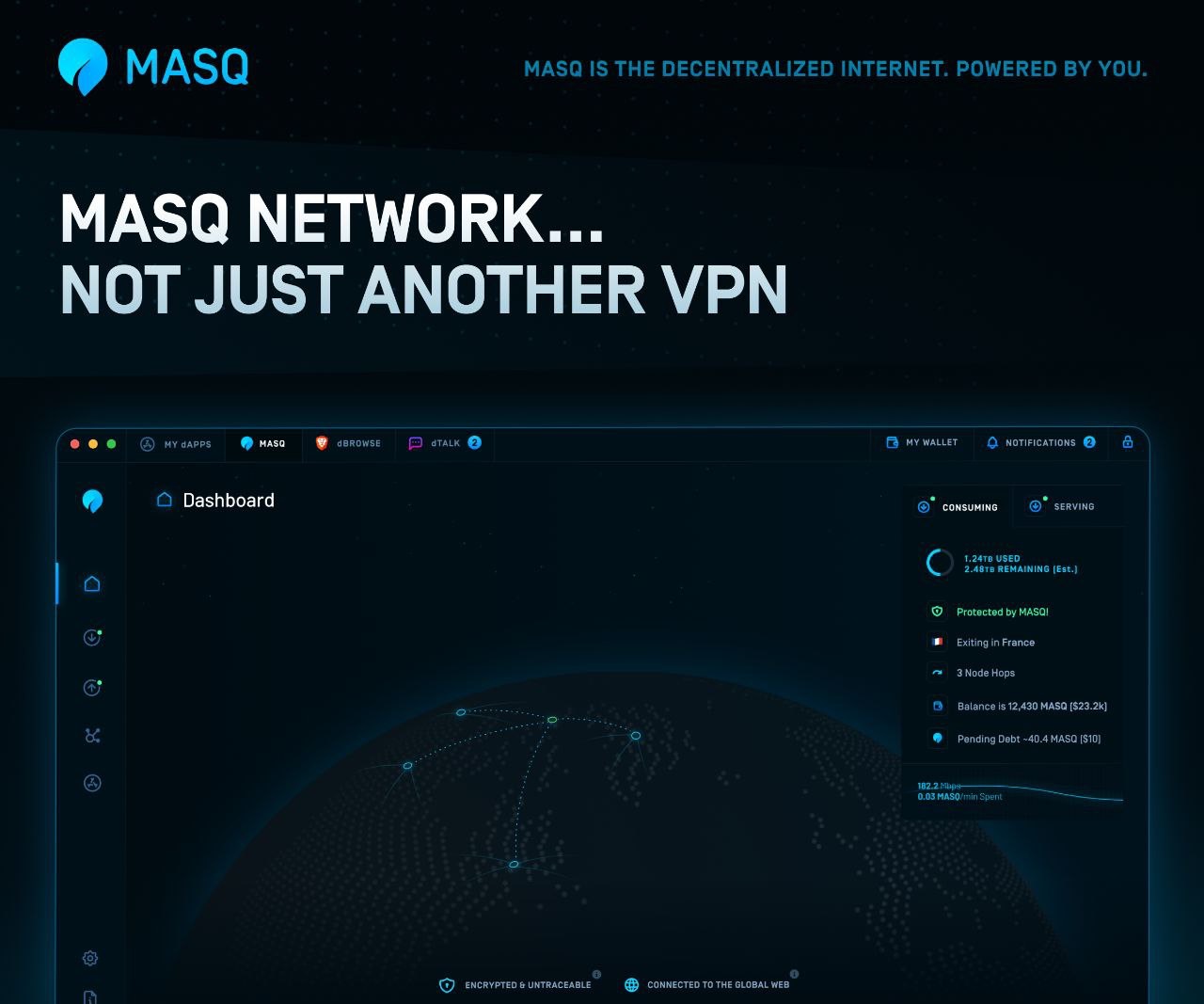 With so many projects saturating the space it can be difficult to differentiate between mere gimmicks and projects with real world promise for mass adoption. MASQ Network is clearly no gimmick, for it combines the benefits of traditional Virtual Private Networks (VPN’s) with the power of Tor technology while rewarding users for contributing to the creation of a global, private network that cannot be censored.

As a product of the decentralized space MASQ offers users an innovative software solution to online privacy by utilizing the power of blockchain encryption to resolve inherent problems with traditional VPNs. A leading mesh network, it operates on a decentralized platform where individual users become nodes in a global network of anonymous users. Because of the way mesh networks function, the network does not become more vulnerable as the concentration of users in a specific area grows, it actually becomes stronger.

Many millions of people prefer to fly under the radar for profoundly legitimate reasons -- reasons best known to them -- and this is why MASQ Network was created. It is a one-of-a-kind solution that aims to encourage internet freedom, ensuring impeccable anonymity and privacy by allowing users to send and receive information across the world without being traced through an IP address.

VPNs became the predominant means of acquiring privacy and anonymity through the use of traditional encryption services to conceal users’ IP addresses. To a great extent they work, however their application is limited in that browsing can still reveal your real identity in ways that a trusted VPN may not be able to safeguard against. For instance, VPNs are not able to block Facebook from monitoring your activity. Advertisers also track users’ activity across the internet through web cookies.

Traditional VPNs are also illegal in some countries. Countries such as Belarus, China, and North Korea heavily regulate their use and it isn't always possible to bypass certain restrictions. Apart from that, VPNs slow down internet speed because the connection must take a longer route to the net via the selected private server.

When MASQ announced their plan to address internet censorship through the use of a blockchain encrypted mesh network, they provided a set of cutting edge solutions to the limitations of traditional VPNs. Without requiring a credit card, banking, and other personal information, users can go about their normal activity on the internet without the fear of having their identity revealed or their information being stolen.

MASQ, however, does more than protect user privacy. The network can also be a source of passive income. A MASQ user can run the software as a node operator as well as a browsing tool, which allows for the earning of cryptocurrency rewards, specifically, MASQ tokens, for supporting the mesh network with bandwidth. These tokens are built on the Ethereum Network so users can conveniently store their earned tokens in an ETH wallet. Thanks to TOR-like routing technology, MASQ users not only enjoy better IP privacy, they get the benefits of accessing the crypto economy.

MASQ has integrated Polygon into its infrastructure, becoming the first mesh network in the Polygon blockchain. This is significant as it means that MASQ mesh network will leverage its  peer-to-peer model and Polygon Network technology to scale the network’s growth and payment abilities.

By utilizing Polygon, the mesh network’s incentive model will become faster, more scalable, and more efficient. Transactions between users will be trustless and flawless, both of which are essential on any decentralized platform, but MASQ represents a quantum leap forward in transacting, for it all but eliminates gas fees. This is an extremely significant accomplishment, for at the time of this writing, Gas Prices were sitting at 700 GWEI. Now, MASQ has finalized their initial development of Polygon to support their software, and once it is launched, a new force in effortless blockchain transactions will be ready for mass adoption.