EverGrow Coin’s ‘Tax-free’ Approach is a True Masterstroke, and Here is Why… 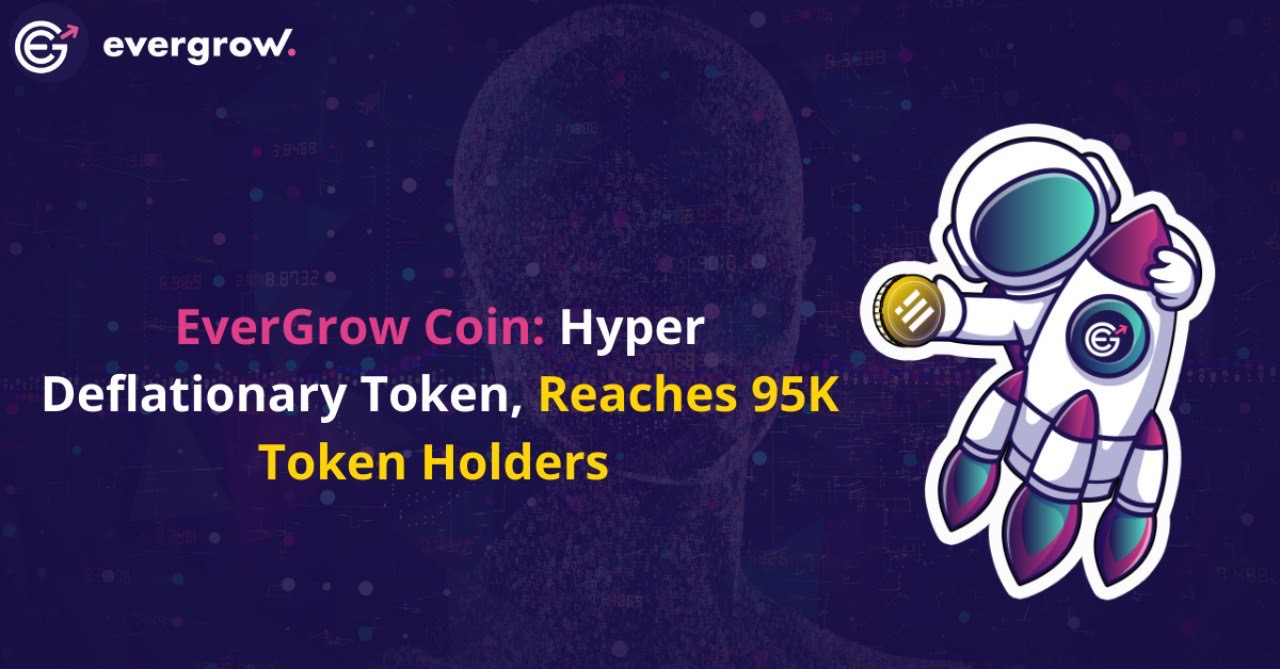 EverGrow Coin has effectively stamped its name among those pioneering changes and offering the best trading experience for EGC holders; thus, earning the name “the next Shiba Inu (SHIB) and Dogecoin (DOGE).” Just six weeks into its launch, and breaking many crypto records, EverGrow’s team went back to the drawing table to elaborate on how their listings on upcoming centralized exchanges will work in terms of tokenomics.

Since the distribution of rewards on centralized exchanges like Binance and Bitmart is such a hassle, EverGrow took it upon themselves to work out a solution with a number of exchanges over the last couple of weeks. Most importantly, the price of EverGrow Coin is expected to rise once these listings go live. Not only that, EverGrow sets precedent for others to follow. For instance, they were the first mainstream project to offer stable, Binance pegged US dollar rewards. Within a short period of time, EverGrow Coin holders grew to over 95k and have already received over $22 million worth of rewards.

In a recent revelation, EverGrow stated that those investing on centralized exchanges can buy and sell EGC tax-free. In turn, they won't be able to participate in rewards. On the flip side, if the above-mentioned traders want to become investors, then they have to transfer some or all their tokens into an eligible wallet. Following the announcement, a FUD ensued, causing panic selling that subsequently led to an immediate fall in EverGrow Coin’s price. However, investors took a little time to rethink and consider the full implication of the move. Now, many of them believe that this could be one of EverGrow best initiatives.

EverGrow’s team say they worked through the process at great length before implementing it on those investing in centralized exchanges. On this note, let's dive deep into some of the advantages of the aforementioned approach:

Firstly, as we all know, centralized exchanges have millions of people who conventionally only trade on the exchange. Therefore, in most cases, they are not used to the idea of paying taxes to buy or sell a coin. In as much as coins with taxes and rewards are the fastest-growing in the cryptoverse, the bulk of the 50 million crypto investors worldwide trade on centralized exchanges that levy no taxes and offer no rewards. Hence, EverGrow’s approach was in a bid to capture an enormous market that similar projects could not catch. To enable more traditional users to access EverGrow, the “no tax, no reward” system is the most logical approach.

“We fully understand that people can become very uncomfortable when they don’t fully grasp a concept. I’m not exaggerating when I say this solution took nearly 3 weeks and hours of work and testing. In a world where new projects are plagued by doubters and FUD, an impatient investor’s inability to grasp a concept can lead to a panic sell, and this can quickly snowball. We have no concerns in the longer term. We believe this solution is far better than the solution investors were expecting, because it opens up EverGrow to the entire 50 million strong cryptos investing world, an opportunity that similar projects have simply not understood. Once these exchanges go live the benefits will become immediately apparent, even if the complex process behind it isn’t necessarily understood by all.”

Thirdly, If those buyers move to a wallet to receive rewards, the resale value of their coins will drop relative to taxes once it goes inside that wallet. Meanwhile, in that wallet, they will take part in rewards. If they then sell or swap from that wallet, they will be taxed as normal, contributing to everyone’s rewards. If they transfer back to the exchange, they essentially get double taxed by the contract, leading to double rewards for all, but can sell at the relatively higher value on the exchange. Whilst this arrangement may sound incredibly complex, and is likely leaving many readers still scratching their heads, the net result is absolute equality across the board and relatively higher rewards for existing investors and new investors who choose the taxed option.

Additionally, EverGrow announces that revenues generated by their new Content Subscription Platform, Crator will be used to buy and burn EverGrow Coin. To take effect, Crator’s generated revenues will be used to buy EverGrow Coin instead of lining the pockets of the team behind EverGrow Coin.  The ripple effect of this is that it will create upwards price action and more rewards for those in rewards eligible wallets. Subsequently, centralized exchange investors will be urged to pay their taxes, move to that option, and generate more rewards.