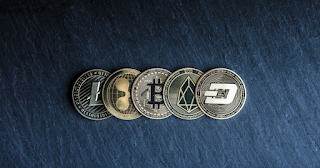 We take a brief look at what shaped the world of crypto today, with major coins Bitcoin, Ethereum, and Shiba Inu all up and EverGrow bouncing on the hint of a future in the metaverse.

Shiba Inu is rallying 17% today following a rumour that popular trading app, Robinhood, will list the memecoin as early as February. Robinhood has over 23 million users.

this is about 6 months too late

Shortly preceding the rumour was a comment on Robinhood’s earnings call, where Chief Executive Vlad Tenev said they were considering adding new coins.

In Bitcoin news, after falling below $40,000 on Monday, Bitcoin has rallied to over $43,822 over the last 2 trading days. An increase in the US 10 Year Treasury yield spooked investors worldwide, but a general return to positive sentiment has helped the world’s largest cryptocurrency regain those losses.

Ethereum has also seen a substantial bounce this week, hitting a low of $10,835, before recovering above $12,400. With no specific news coming out of the Ethereum camp, it’s clear that as cryptos become more mainstream, they ride the ups and downs classically attributed to more traditional securities.

And finally, news from EverGrow Coin via their official Twitter confirm “100%” that their project will move to the metaverse

We'll make an official announcement with some details in the next week or so...

EverGrow has taken the crypto market by storm since its launch just 3 months ago, and news that this fledgling project will move their highly anticipated crypto-friendly content creation platform, Crator, into the metaverse, could well be the catalyst to push this project onto record returns this year.