Economic Empowerment on The Way For 10,000,000 Nigerians, Thanks to Cudos & Tingo

in Cudos Blockchain
by CryptoDaily 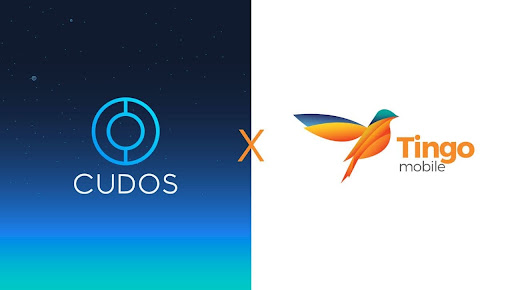 That’s why Cudos, the decentralized cloud computing network, which uses a Layer 1 blockchain and Layer 2 computation and oracle network, has teamed up with Tingo, a remarkable agri-fintech platform that enables its almost 10 million subscribers to manage their commercial activities of growing and selling their products to market participants over their mobile phones.

The collaboration will see the Cudos network enabling farmers across Nigeria to sell their excess computer power through the cloud protocol, while generating income in return. At the same time they will be supporting Tingo's platform, which connects farmers to markets they would otherwise have no access to, and which also takes care of all the logistical aspects of distribution.

Tingo in addition to its agri resource sharing programme, runs a mobile payment gateway that allows its users to do everything from their phone, including airtime top-ups, bill pay services for utilities and other service providers, access to insurance services, and microfinance to support their value chain from seed to sale.

The collaboration between the two protocols, which was unveiled at the AIBC Malta summit to standing ovation, will see over 10 million Nigerians being empowered to start earning income directly from their smartphones, using monetisation apps. This is a significant move considering that Nigeria is the second largest Bitcoin market, after the US. The project will then spread beyond Nigeria, to serve underbanked across Africa and in South Africa.

Kudos for Cudos, which is bridging the gap between Cloud and Blockchain

Cudos’s participation in the collaboration sees the network’s 500,000 existing user accounts donating spare computing resources and earning in return, in a move which sees the blockchain used for the first time to bridge consumers directly with scalable computing, using smart contracts.  The network, which has been compared to the Airbnb of computing, has the objective of reducing waste and simultaneously evenly deploying revenue across the entire network. The Cudos network, which is carbon neutral, is also sustainable and energy efficient, and impressively, more than 2 m times more green than Ethereum.

Cudos’s VP of sales Pete Hill said “Our vision is coming to fruition with this new partnership with Tingo. It is refreshing to share the same ethos of creating technology and business models for the betterment of communities. Positive social impact is the driver behind this deal, providing financial security to millions of users initially. As a partnership, we will build on this, expanding to other regions creating a circular economy of financial inclusion, security and democratised cloud resources”.

It has been forecast that around 10 m users will join the initiative from Tingo, whereby users from Nigeria can utilize a distributed cloud powered by Nigerians. They can start taking micro loans, rather than typical high interest loans and be rewarded in CUDOS for their engagement.