in Blockchain
by Crypto Daily 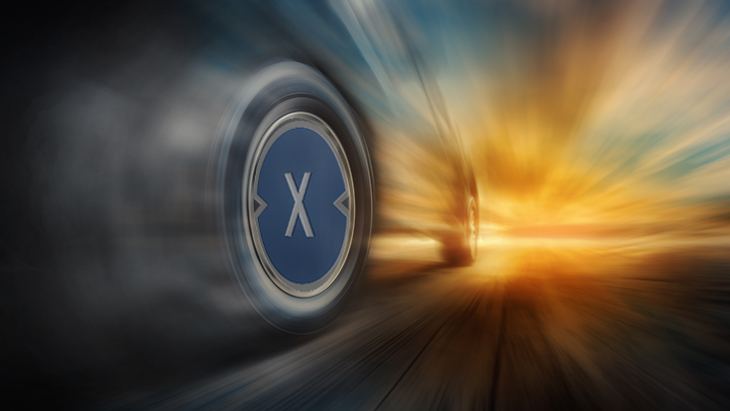 XinFin along with other projects such as TRON, DOT works as an alternative solution to frustrating Ethereum’s (ETH) slow transaction speeds. XinFin is an enterprise-ready hybrid Blockchain technology firm optimized for international trade and finance. XDC is the native token of the XinFin network.

Ethereum users understand transaction speeds could be accelerated by adding gas inorder to incentivize miners. This is a smart move during times of high network congestion. However, many developers expressed concern at ETH’s congestion. This is mainly for those who work on cutting-edge projects or applications that offer time-sensitive services.

Moreover, they are forced to pay excessive gas fees or wait for the deluge of transactions to work the latest craze. This is because it attracts more users than your app, according to the Co-founder of blockchain infrastructure firm Stuart Popejoy.

Further, Ethereum team and its Founder Vitalik Buterin point towards second-layer solutions like ETH 2.0 as the antidote to problems regarding speed and scalability. However, on December 01, 2020 marked the generation of ETH 2.0. More so, the full-scale launch is expected to launch earlier than 2021-2022.

Xinfin’s Delegated Proof of Stake (XDPos) is a creative solution that helps XDC holders to stake over 108 master nodes. Moreover, the protocol supports 2,000 transactions per second and allows every Ethereum smart contract to work with the immediate transaction confirmation. The hybrid blockchain nature of the project has resulted in great acclaim and attention.

XinFin focuses on liaising with governments to minimize infrastructure gaps world-wide. Moreover, the idea behind the project is to enable investors to bid and finance infrastructure work in a seamless manner.

Instead of wasting time with paperwork and other bureaucracy in financing cross-border projects. The team of  Xinfin believes the lack of government financing hinders the potential of many beneficial projects.

Ethereum was founded in 2017. It increased its value by over 10,000% and reached an all-time high of $300 billion in market capitalization. In addition, hundreds of cryptocurrency tokens have been created on top of the ETH blockchain and it is also a place where thousands of dApps are built.

In contrast, XinFin hybrid blockchain is however in its early days which has performed well exceptionally. However, XinFin is still to achieve anything like what Ethereum has achieved. With that being said, if it is possible for XinFin to achieve their goals, then it will be a significantly better blockchain than ETH.

Other Projects like Tron, and DOT also Making Moves

As a result, other blockchain projects are looking for a chance to serve as an effective solution to ETH issues. Moreover, TRON’s mainnet launched in 2018 led to a blockchain that achieved 2,000 transactions per second, however reaching speed that surpassed ETH. With no transaction fees, Tron stands on par with leading traditional payment processors like PayPal.

Polkadot can process up to 1000 transactions per second. This is a few times more than the speed on Ethereum. Moreover, Polkadot joins many blockchains together, thereby setting the stage for future network expansion.

As high gas fees and slow transaction times continue with no end in sight, the creative nature of the crypto will continue to downfall Ethereum’s future prospects if huge changes are not made to ETH 2.0’s timeline.