FORUS Partners with Coin Apps Tech to Bring Blockchain to South Africa in a Flash! 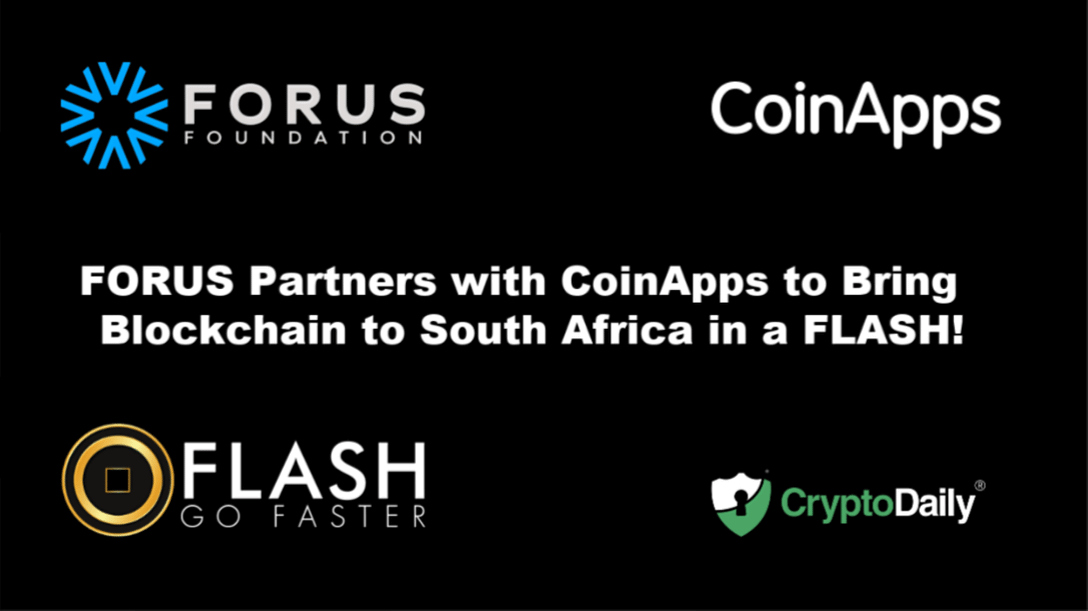 In this interview, I had the pleasure of speaking to Sonny Fisher of Forus Foundation, Chris Lee of CoinApps Tech and James Jr. of Flashcoin. Sonny announced the partnership between Forus and Coinapps Tech to bring blockchain transactions to the unbanked and badly banked of South Africa and the world. Forus will be opening up the doors of the financial world to over 100 million people.

Forus Foundation aims to be the international leader in the regulated crypto space. Sonny and Forus will be working directly with the South African Reserve Bank. He believes that instead of fighting the Reserve Bank, it is more constructive to work with them. Forus will bring the costs of banking down, enabling people, small businesses and farmers who have been traditionally priced out of banking to be able to participate.

CoinApps has developed a stablecoin for Forus Foundation called ZAR T which will be a token that the South African Reserve Bank will hold and control the keys. The version of the token that will be in the consumer wallet along with Flash will be managed by one of Africa’s largest payment processors. The ZAR T will be interchangeable within the traditional banking system. MahalaX will be the equity token issued by Forus Foundation.

Forus Foundation is currently working with two towns in the Eastern Cape of South Africa as pilots for the cashless system. This includes everything from buses, taxies, and all expenses at the local University. Think about how easy it will be for Mom and Dad to send their children some money via the new MahalaX mobile wallet.

We all know that blockchain and cryptocurrency is still a niche market. It is projects like this that will bring cryptocurrency mainstream. As the acronym, FORUS says, “free open realtime ubiquitous and secure”. Let’s hope 2020 is a big year for blockchain adoption in South Africa and around the world.