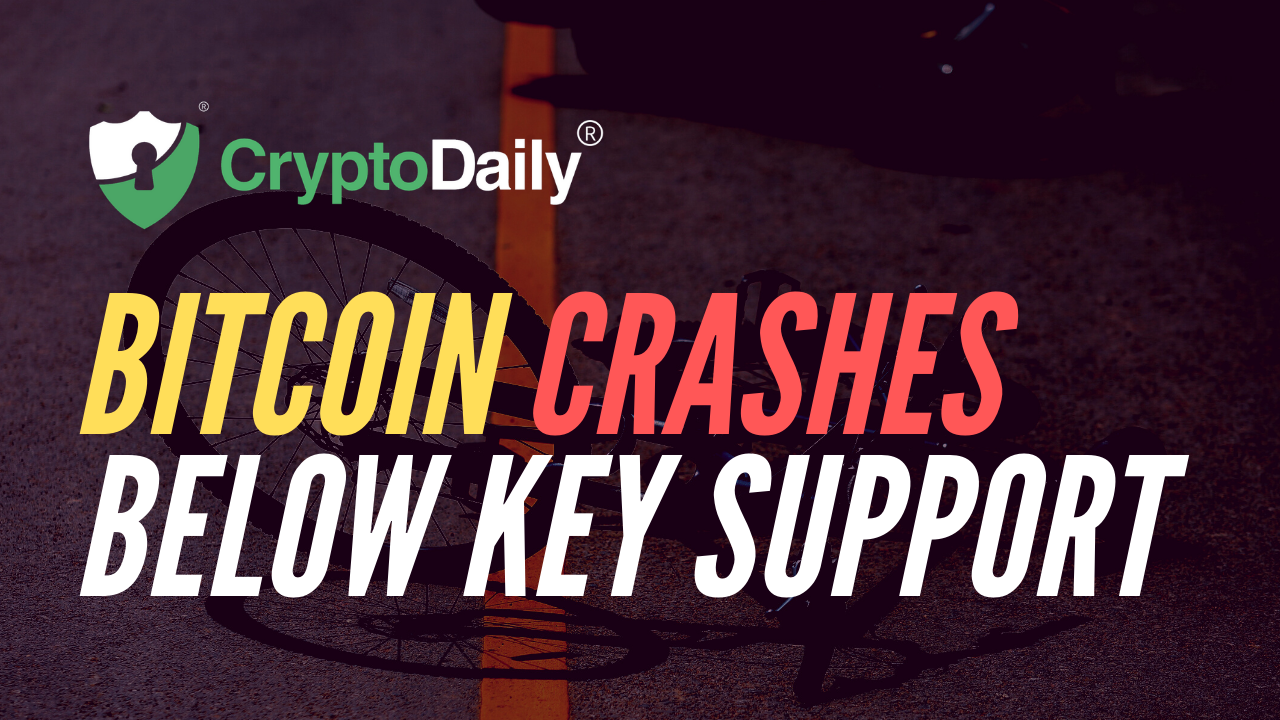 Bitcoin (BTC) has crashed below a key support since our last video analysis. There is not much left to speculation now as the move that we have been predicting for the past few weeks is about to come to fruition. The price has broken below $7,852 which is the 38.2% fib extension level from the December low to the yearly high. This is a big development and is extremely bearish. BTC/USD has now closed a 4H candle below it and there is a strong probability of a sharp decline of 20% or more from current levels. In case of a decline like that, we would be expecting the price to drop down to $6,717 if not much lower.

The EUR/USD forex pair has now climbed back above the 38.2% fib extension level and is eyeing further upside but BTC/USD has already begun its downtrend. Please note that if EUR/USD starts to decline as well and ends up breaking below the 61.8% fib extension level, then there would be a strong probability of BTC/USD breaking below the descending channel during the next downtrend. Bitcoin is now at a very vulnerable point and a sharp decline is expected. The ETH/USD chart also points to further downside. Ethereum (ETH) could fall a lot harder than Bitcoin (BTC) and might end up declining down to $144 or lower before it finds temporary support.

PREVIOUS Antonopoulos is Now Encouraging Stores to Accept Bitcoin!
NEXT Where 2020 Will Take Bitcoin And Its Applications