Bitcoin (BTC) Is At A Turning Point 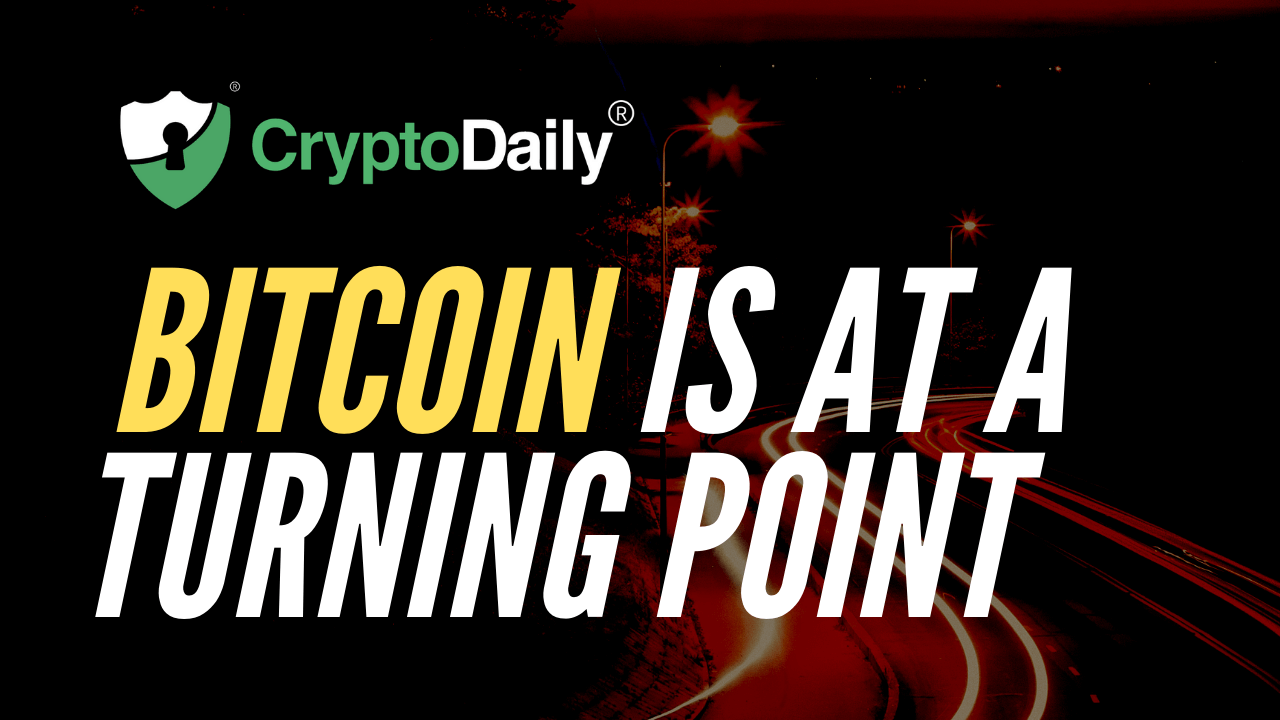 Bitcoin (BTC) has closed the day below the 38.2% fib extension level as we expected. This is now the third consecutive daily close below this level. Although the price has begun the day in green and has rallied past this level, the most probable scenario would be that it will end the day below it just as it did for the past three days. The reason why I expect that to happen is because the current phase of the ongoing market cycle bears a strong resemblance to the 2014 part of the previous cycle. The difference is that the price didn’t manage to close above the 50 day EMA the last time. However, the similarity is that during both times, the price rallied past more than half of the symmetrical triangle and got stopped out just below the top of the symmetrical triangle.

There is a bullish crossover that the bulls are eyeing and that is the 21 EMA crossing above the 50 day EMA. If that happened, we could see further upside in BTC/USD towards the top of the symmetrical triangle and even out of it. However, I do not see that happening because then things would get out of hands for the market makers. The most likely scenario would be for the price to trade sideways until it begins its downtrend just as it did in 2014. If we take a look at the 15 minutes chart, we can see a lot of volatility as the price has once again attempted to test the previous high. In my opinion, these are just scare tactics. The market makers want to scare away the bears and make the bulls more confident that the price could indeed break to the upside. If we take a look at BTCUSDLongs, it appears that the market makers have done a really good job at that.

The number of margined longs keeps on rising and it is now close to a breakout if BTCUSDLongs breaks past the ascending triangle. Longs vs. Shorts stats better show us what is going on. The number of margined longs is at 66.98% compared to 33.02% margined shorts for Bitcoin (BTC). This ratio is 77.77% to 22.23% in favor of longs for Ethereum (ETH). This tells us that there is still too much optimism in the market and there is no way the market makers would let the people who have bought into this hype win. There is only way this ends and that is the market makers preying on their optimism.

If we take a look at the Fear and Greed Index, we can see that it is back at 43 from 41 yesterday. It is now at a turning point and the most likely scenario is that the index would soon decline turning to extreme fear again which would likely coincide with a big move in the markets to the downside. The S&P 500 (SPX) has now made another big move to the upside and invalidated the rising wedge as I discussed in our last analysis. I said that if this rising wedge is broken, we might see it turn into a bear flag and that is what has happened now. So, we need to watch this bear flag play out. We can also spot a head and shoulders formation on the S&P 500 (SPX). This is why traders need to be very cautious buying Bitcoin (BTC) at this point because the last time the index crashed, Bitcoin (BTC) followed its lead and broke below $6,000.