Has Bitcoin Begun Its Brutal Downtrend? 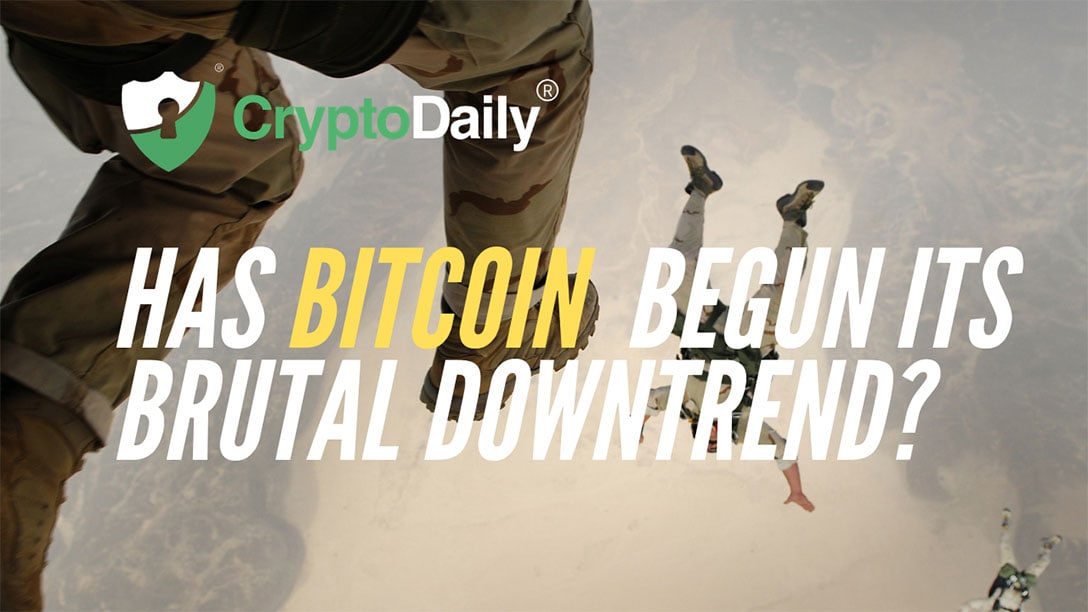 Bitcoin is down more than 7% at the time of this analysis. We are likely to see it decline further now that it has broken below the 21 day EMA. The next stop here might be the 50 day EMA where the price can expect to see some relief short term. However, the long term outlook remains the same and we expect the price to decline further towards the end of the year in the months ahead. Now, looking at the price, there is only one trend line that separates the bull trend from the bear market. We would not call it a bull market because it isn’t one. The daily chart for ETH/USD shares a similar outlook. If the Head and Shoulders formation that we see on the chart comes to fruition, the price might be due for significant further downside.

This downside and the completion of the H&S have the potential to drag ETH/USD all the way down to a price of $84 and lower towards the end of this correction. Short term, we might see Bitcoin and Ethereum find temporary bottoms around the 61.8% or the 38.2% fib extension levels but the long term outlook remains unchanged. Some ‘influencers’ on Crypto Twitter are posting statements like “This is just an attempt to take our BTC, nothing to worry, we are on the way to ATH”. However, it makes little sense to assume that they got where they are by being careless or plain stupid. What we do know is that they are desperately trying to keep the sentiment optimistic while they try to get rid of their bags and dump them on their unsuspecting followers.

The Fear and Greed Index is taking time to go down but once it goes down and reaches levels around 30 or lower that would be an indicator of fear in the market which might be an opportunity for traders to accumulate short term. However, long term value investors still need to be very cautious because this is not the end of the bear market but merely the beginning of the second half of it. As long as the long term trend line resistance on the monthly time frame remains intact, there is no reason to be bullish. The play right now is the current trend line support on the daily chart standing between the bull trend and the bearish continuation. Soon as we see a break below this line, we will see the downtrend begin.