Blockchain, Tokenization, And A Social Network For Social Good 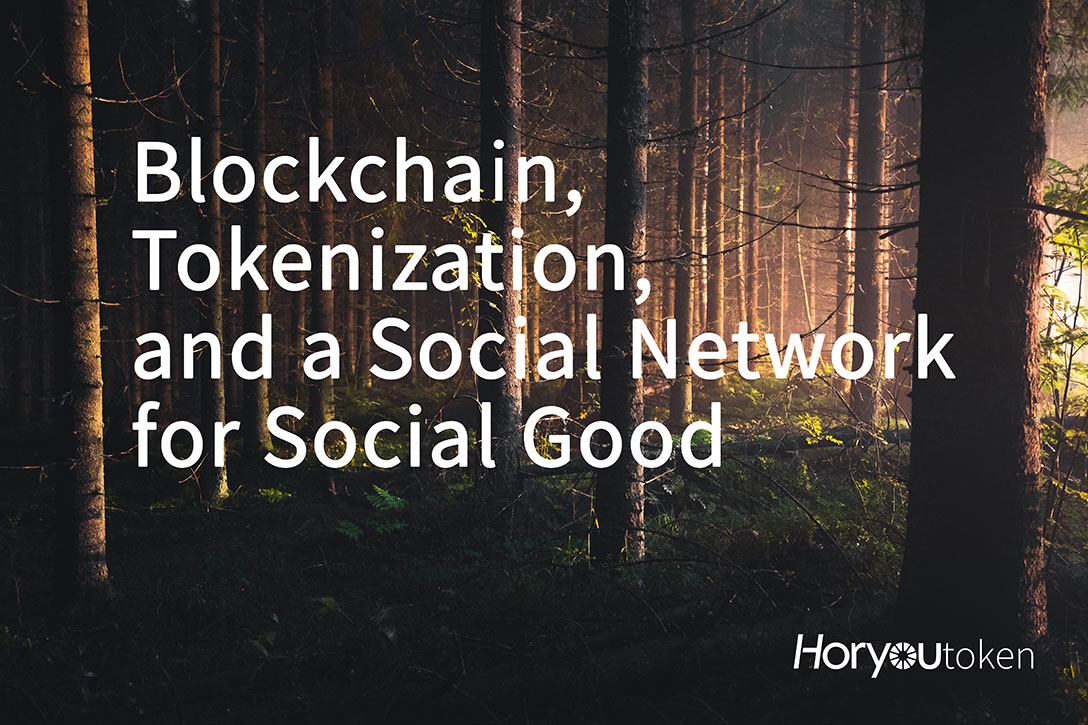 A double danger looms over the Blockchain revolution: First is that it continues to be eclipsed by Bitcoin, owing to its pioneering role, by the unduly overemphasized speculative attitude towards crypto-currencies; and Second, that its technology be cartelized by GAFA (Google, Apple, Facebook, and Amazon — the 4 most powerful American technology companies).  In the face of these two dangers, Blockchain for Good stands as a particularly viable alternative.

Truth be told, for ten years now the crypto-currency tree has been hiding the Blockchain Forest. It's about time that we got around that tree and ventured deep into the forest; crypto-currencies are not the only digital asset around so let's look beyond them and resolutely enter the full realm of Blockchain technology. It is certainly worth the trip! And it is a trip that should be taken right away, before GAFA, the digital mammoth, cartelizes it, as it is threatening to with the planned launch of Facebook's crypto-currency, Libra, in 2020.

It's been said and it's no harm repeating, that from smart contracts to registers through to tokenization, thanks to consensus algorithms, Blockchain opens innumerable opportunities for swift transactions in shared confidence, way beyond the speculative financial offerings in the Fintech sector. They involve all sectors, private or public, and industries, including, energy, health, agriculture, distribution, and most service providers ... as well as Social Networks/Social Media. Put into three words: Blockchain is good!

And Blockchain is good for social good. Which leads us to our case in point: Blockchain, Tokenization, and Social Networks for Social Good.

Put simply, Tokenization is the process by which a specific secure ecosystem is deployed within a Blockchain. A Token is the ecosystem's digital asset designed to incentivize the contributions from users of the Blockchain. It is a insensitive substitute to sensitive data which cannot be used outside its own Blockchain Tokenization ecosystem.  And because a Blockchain based model provides more visibility and transparency, as well as no middlemen, it therefore comes with a much reduced risk of squander, speculation, error and fraud.

That said, is Tokenization good for social good?

Horyou, the social network for social good, has provided a viable answer with its HoryouToken*, which is built on the concept of a Blockchain with a Purpose to support and promote social and economic inclusion. As such, HoryouToken "is set to foster a positive circle of interactions for the benefit of civil society at large, as well as social entrepreneurs and social good doers", says its creator and promoter Yonathan Parienti, also founder and CEO of Horyou. By using Blockchain's safety features, HoryouToken can be used as a mode of transaction inside and outside of the Horyou platform, as well as a Fintech payment solution intended to support philanthropy, through Proof of Impact. It can also be used to buy or sell products, as well as to subscribe to services and soft commodities that enhance social good within the Horyou marketplace.

HoryouToken aims to revolutionize the act of giving with its truly novel approach, answering the many concerns of social entrepreneurs and investors that look for transparent and social impact projects to fund. "The objective of Horyou is to put Blockchain on a positive trail to solve some of the most crucial challenges, while actively promoting the UN 2030 Agenda and its 17 Sustainable Development Goals  (SDG’s).

For the good of social good, we should not let crypto-speculative drifts and GAFA cartelize Blockchain technology!

* HoryouToken (HYT) is listed on CoinTiger and LAToken.

.Brian is an experienced, well-known and respected cryptocurrency evangelist.