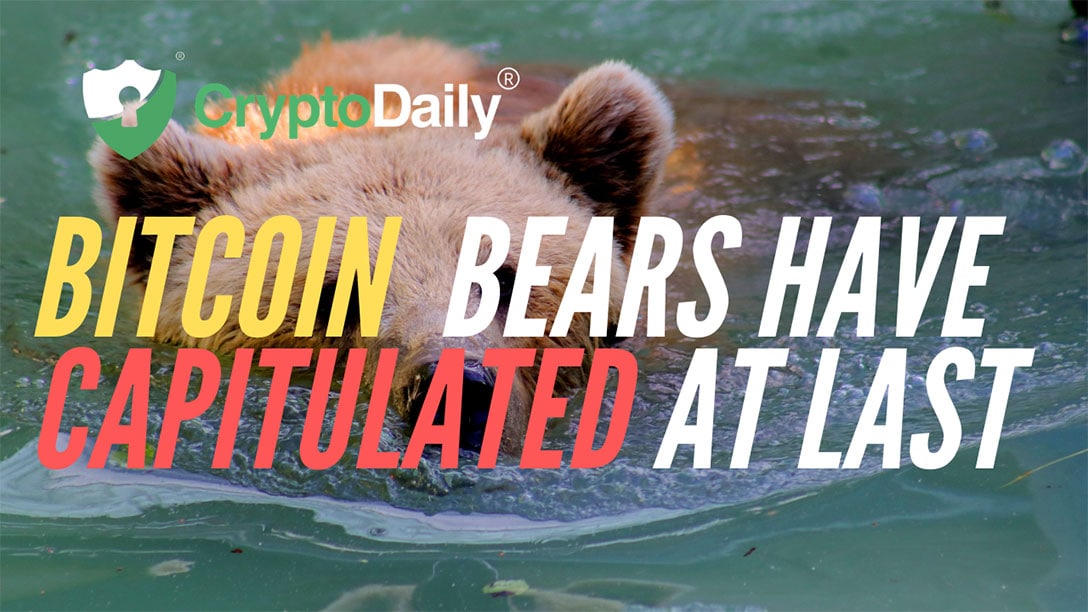 Bitcoin (BTC) was trading around $13,300 when we said in our last analysis that it might have topped out. Soon afterwards, we saw the price decline to the bottom of the rising wedge. It began the next day falling below that rising wedge and is now likely to decline further. Short term, we expect a retracement to the 21 Day EMA which might be followed by sideways movement but this double top could be followed by significant further downside in the weeks ahead. The price faced a strong rejection at the top of the Bollinger band and is now expected to fall towards the 50 Day EMA before we can see a continuation of the bullish advance.

If we take a look at the weekly time frame, significant further upside from here seems unlikely. The price is trading within a large rising wedge that has not been broken since the beginning of the parabolic uptrend in December, 2018. Even if the price were to rise further within this wedge, we could see it rise towards $16,300 or even slightly higher than that but eventually it is going to have to decline below $3,000. There are a number of strong reasons why we expect the decline below $3,000 is highly probable. If we take a look at the weekly chart, we can see that BTC/USD is closely following the 2014-15 cycle but not in the way most expect it to.

Taking a look at Bitcoin dominance, we can see that it has still plenty of room and could shoot up to 86% before it tops out. Sentiment on Crypto Twitter remains optimistic and most people are on the same page i.e. overly bullish. Some traders are comparing the current dominance rise in Bitcoin vs the dominance fall in altcoin to something we saw when the market was recovering but they so conveniently ignore that we saw the same thing happen when the market was heading into another downtrend during the 2014-15 cycle. Even some widely followed and respected traders have recently given in to emotions and turned bullish. This is a strong indicator that the bears have capitulated and we might see the downtrend begin from here.