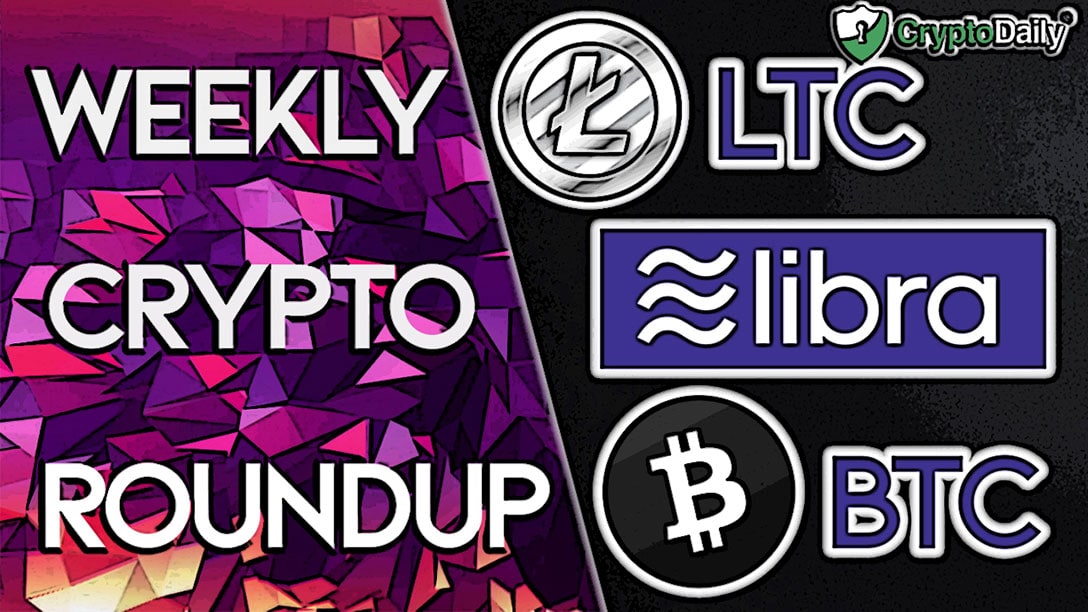 It’s been very exciting past few days in the crypto world this week. The highlight was, of course, Facebook’s official announcement on its stablecoin coming next year which we will go into detail later on. In addition to Facebook’s announcement was Tyler Winklevoss claiming Bitcoin could reach $15k and Litecoin who are launching their own debit card.

The Winklevoss twins are well-known throughout the crypto space for putting their Facebook lawsuit pay-out into Bitcoin.

They are two of the original Bitcoin billionaires and with the price continuously rising over the last weeks, Tyler Winklevoss has spoken his mind on the sudden price momentum. The Gemini exchange co-founder took to Twitter to say that if the leading cryptocurrency can reach $10k range then the $15k price mark won’t be far behind.

There are many contrasts from when Bitcoin was hovering around the $3,200 price range in December last year compared to today. This week alone saw the price move up above the $9k mark.

Tyler Winklevoss isn’t the only person to predict the price surge for Bitcoin though. The co-founder of Fundstrat, Tom Lee has claimed that the price will take out the all-time high of $20,000 with ‘ease’.

As we reported earlier this week:

Of course, the thing that caught everyone’s eye this week was Facebook’s announcement in regards to its upcoming stablecoin called Libra.

It’s been rolling around as a rumour for a long time now but now we have official confirmation that Facebook has been developing a cryptocurrency which will launch in 2020.

The social network will let users use the currency via its apps and Facebook-owned messaging services such as WhatsApp.

After it is launched, people will be able to buy Libra and store it in its own digital wallet, dubbed Calibra.

Tom Lee thinks that this new stablecoin is proof that the industry is going mainstream.

“The Facebook announcement is a complete validation that mainstream is now focused on cryptocurrencies and I think it really destroys those arguments that say, ‘I believe in blockchain, not Bitcoin.'”

The Litecoin Foundation recently announced that it would be releasing its own debit card. This card will be giving users the chance to spend their crypto either online or in a physical store location, located anywhere in the world where major banks are accepted.

The Litecoin BlockCard is a joint effort developed by three crypto companies including Litecoin Ternio and the Bibox Exchange.

If you wish to use your cryptocurrency as if it was cash then this debit card is one you’re going to want to keep an eye on.

The user-base in the US will be the first customers with Bibox Exchange acting as a custodian of users’ funds, leveraging it $200 million worth of crypto trading volume to help route the deposits and spending for users.

“The special edition debit card will first be released to United States residences and soon after for non-US customers. Bibox Exchange and the Litecoin Foundation will integrate the debit card directly into the Bibox Exchange and LoafWallet – the official Litecoin wallet. Users will be able to access their cards directly within these ecosystems, giving  them instant access to spend.”

Is a stricter lockdown in the US needed?

Excitement flows throughout the industry as bitcoin hits $12,000, but how is Cardano performing?

How to Speculate on the Price of Gold Using Cryptocurrencies