BTC, ETH, XRP & LTC - Which Is Doing More For Adoption? 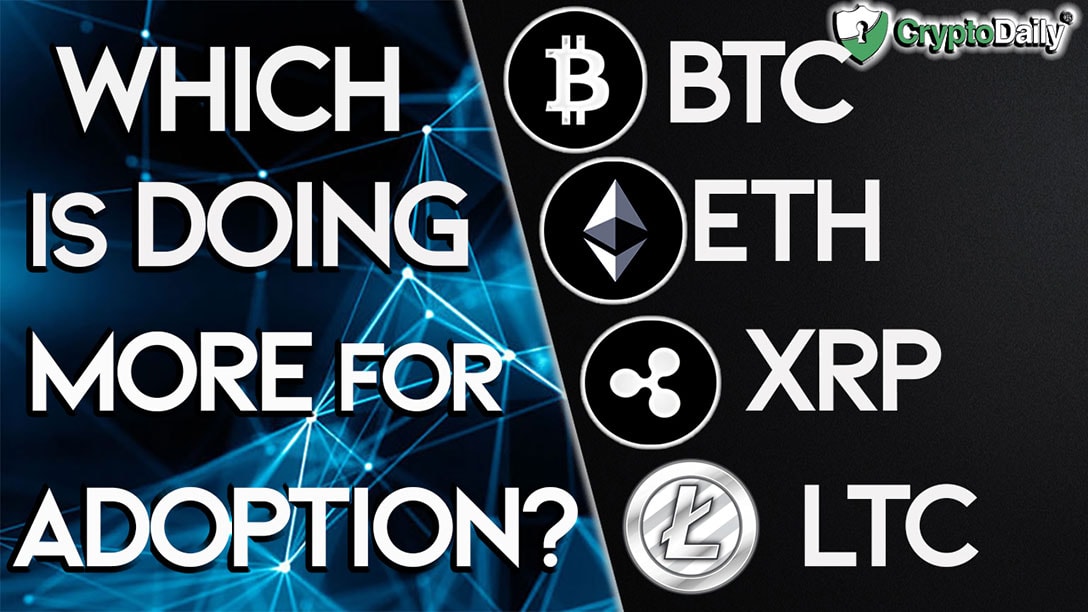 The financial and investment company founded in 1971, Weiss Ratings is something a lot of cryptocurrency enthusiasts use to get some insight on different digital currencies. Whereas not everyone will agree with what Weiss has to say on some currencies, they are well-respected for their ratings.

They base their ratings on objective computer models driven by complex algorithms with large volumes of data, excluding each analyst’s personal opinion from the process.

With this, the entities that are being rated are always treated with complete objectivity and fairness according to Weiss.

There are four things that cryptocurrency ratings are based on:

They typically give currencies a ‘grade’ from A to E.

Just for reference, A is excellent, B is good, C is fair, D is weak and E is very weak.

With this all in mind, today we’re going to have a look at some of the biggest cryptocurrencies in the space and have a look at Weiss’ insights on those digital assets in terms of adoption.

Before we start though, it’s worth saying that none of the cryptocurrencies were given an A, as an overall rating. Not even Bitcoin…

Speaking of Bitcoin, let’s take a look at the leading cryptocurrency first.

The flagship currency was graded with an overall B rating, whereas it was given an A for technology/adoption.

There are a lot of firms looking into Bitcoin for currency means such as Microsoft, Subway, Virgin Galactic, Lamborghini and Expedia but mainstream adoption hasn’t yet been achieved.

Much like in its market cap, Ethereum is in second place on Weiss ratings in terms of its adoption. The Vitalik Buterin co-founded cryptocurrency also had an overall B rating but for adoption means, an A was graded to Ethereum. That being said, the second biggest cryptocurrency has a risk/reward rating of a D+. This is lower than Bitcoins grade of C-. Weiss justify this saying that its algorithms claim Bitcoin is a slightly safer investment than Ethereum when it comes to the risk/reward ratio.

Back to adoption though. Etherum is the first and most preferred dApp (decentralised application) development platform with more than 72,400 people using dApps based on Ethereum.

As reported by Hackernoon:

“Decentralized exchanges (DEX’s) make up more than half of the Ethereum DApp transaction volume with gambling DApps coming in second. Gamers are the most active Ethereum DApp users, making up over 40% of Ethereum’s daily DApp user base.”

Ripple’s XRP token comes flying in at third with an A for adoption and D+ for risk and reward. So in a nutshell, these are the same ratings that were given to Ethereum by Weiss.

XRP is as safe an investment as Ethereum according to the rating firm but slightly more risky than Bitcoin. With the digital asset shooting up more than 35,000 percent in 2017, XRP has proven to be very profitable for early investors.

“When it comes to adoption, Ripple $30 million worth of shares in MoneyGram, with the chance to buy another $20 million over the next two years. As part of the deal MoneyGram will use XRP through Ripples xRapid product to transfer money across the globe in seconds and at close to no cost.”

The new MoneyGram partnership deal is just one amongst 200 other banks, startups and payment companies which include the likes of Santander, HSBC and Barclays.

Sitting in fourth place is Litecoin which was given a B+ rating for technology and adoption and a C grade for risk and reward.

Originally being forked from the Bitcoin source code, Litecoin was built to offer faster transactions time and lower transaction costs than even the leading cryptocurrency itself.

“In regards to adoption, Litecoin has partnered with Travala.com, a blockchain based hotel booking platform. As part of the deal, users can reduce their hotel booking costs by 40% if they pay with Litecoin. Seeing as Travala boasts a portfolio of nearly 600,000 properties in hundreds of countries, this partnership could have a considerable impact on Litecoin’s adoption.”

On top of this, Litecoin’s adoption has probably been boosted thanks to its Atomic Swap technology.