in Liquidity Finance DeFi
by CryptoDaily 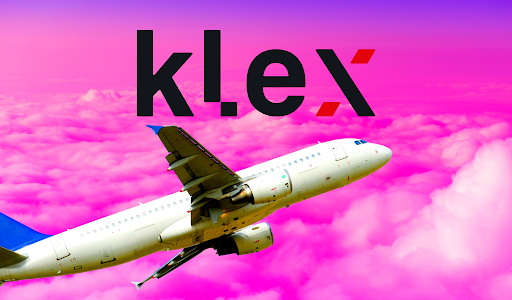 Klex Finance, a Klaytn portfolio management protocol, has launched its testnet. The move sets the stage for an imminent mainnet launch that will extend the DeFi capabilities of Klaytn’s EVM-compatible network.

On August 2, Klex announced the successful deployment of its testnet, signaling that the wait for a Balancer-style DeFi protocol on Klaytn is almost over. The testnet deployment arrives just three weeks after Klex exited stealth mode with its maiden blog post. In the “Hello World,” announcement, Klex noted that Klaytn “lacks a native and efficient automated portfolio management and swaps protocol that supports all types of AMM pools.” Klex Finance has been designed to drive greater capital efficiency that will connect the entire Klaytn ecosystem.

One of the greatest challenges facing users of decentralized finance platforms is liquidity fragmentation. Having multiple DEXs and AMMs on a network might be good for decentralization and censorship resistance, but it leaves liquidity in shallow pockets rather than deep pools. There are a couple of solutions to this problem. One is to create an aggregator that splits orders across multiple DEXs to ensure less slippage and better pricing. And the other is to create more efficient pools.

All this will come bundled with Klex protocol when it debuts on mainnet, together with such features as reduced gas fees and better LP incentives. Liquidity providers will earn a share of the fees generated from each Klex pool, while traders can look forward to more efficient swaps between assets such as USDC, WBTC, and KLAY.

Klex is the second product to be developed by Klaytn accelerator Krew. It follows the success of Klaytn Lending Application (KLAP), which grew to become the second most popular dApp on Klaytn within weeks of its launch. More than $47 million in assets are now locked into the KLAP platform according to data from DefiLlama. Krew will be hoping it can pull off a similar feat when Klex goes live.

While there’s lots to be done with Klex Finance before a native token can be discussed, it’s inevitable that the protocol will follow KLAP in launching one. In late July, the KLAP token was issued to early users of the lending and borrowing protocol, together with a veKLAP provision for stakers, who can earn additional rewards. Klex will follow suit once its platform has been suitably battle tested.

In a blog post describing the user experience that Klex will provide, it was explained that “KLEX holders will vote on proposals relevant to the Protocol, such as…protocol fees to how KLEX tokens themselves are distributed, like the allocation of tokens towards the Klex Liquidity Mining program.”

Once the testnet program has concluded, Klex Finance will announce its mainnet launch, ushering in a new era for portfolio management on Klaytn.