in XDC network
by Crypto Daily 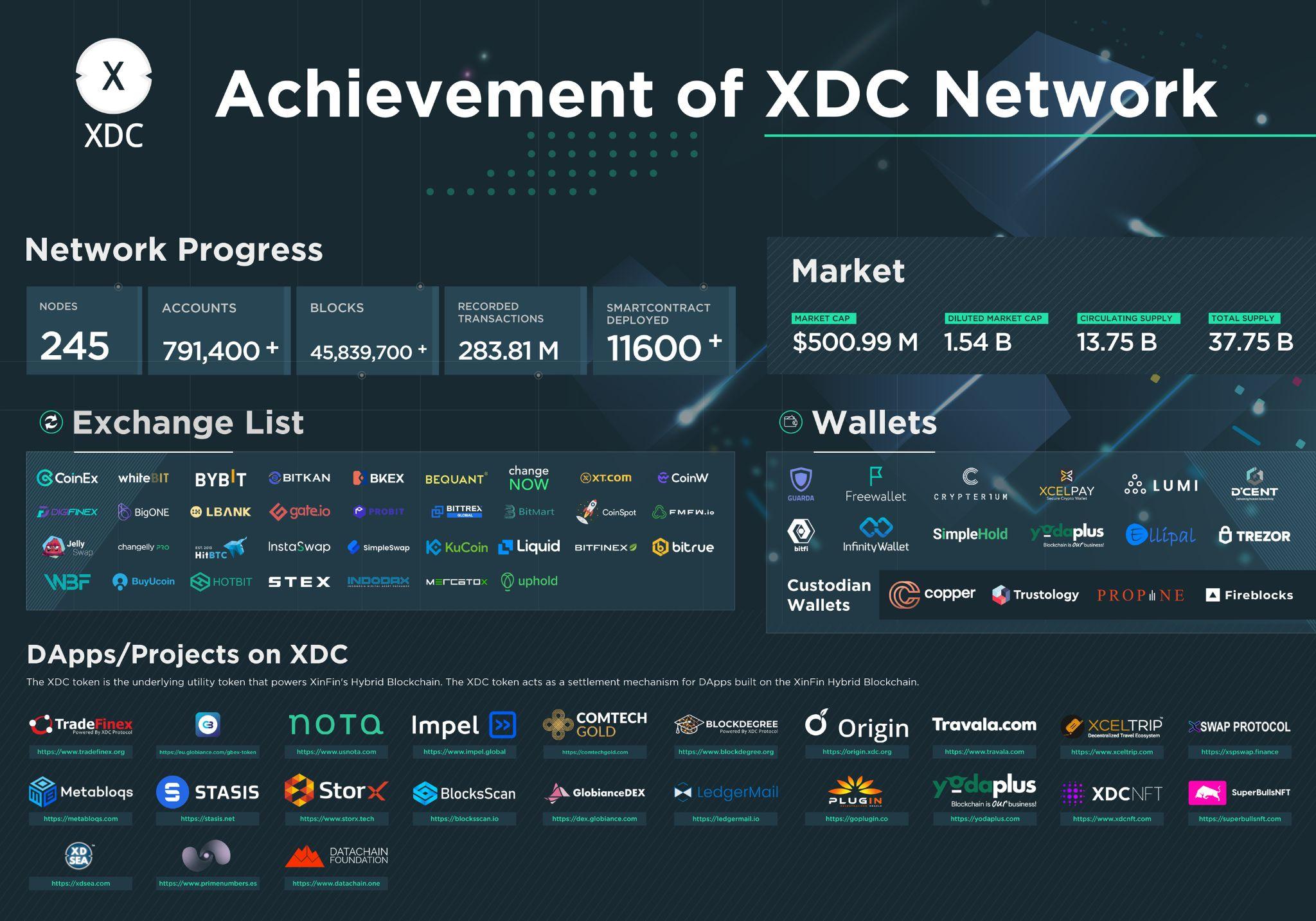 The mainnet of the XDC network has been in operation for three years from June 1, 2022. The XDC Foundation and the XDC community have done a lot of work on updates, integrations, and XDPoS 2.0 over all these years.

On June 1, 2019, XinFin (eXchange INFINite) Fintech launched an enterprise-grade Layer 1 mainnet for XDC networks. For the first two years, the XinFin development team was led by co-founders Atul Khekade and Ritesh Kakkad. They focused on network connectivity and improving the backbone of the trade finance and financial services sector.

At the beginning of the third year, a major event established the XDC network as the best blockchain for enterprise use cases. When the first NFT (single XRC20 token) was launched on the network in September 2021, it was backed by trade finance assets and compliant with a dedicated trade finance message protocol.

Members of the World Economic Forum: Tradeteq, a global innovator community, supported the development of NFTs, and Accelerated Payments provided asset origination services for the transaction. Trade and financial assets, previously only available to a small number of investment banks, are now available to the general public through blockchain-based technology.

As a result of this development, as the technology matures, larger investment markets, developing and emerging SMEs will gain better access to low-cost trade finance. In this way, XDC's enterprise applications and trade finance capabilities have gained respect in the global trading business.

One of the senior advisors to the XDC Foundation is Dr. Fisher Yu has created a white paper that introduces the XDPoS 2.0 update, including new consensus mechanisms, military-grade security, and performance improvements. This emphasizes the low power consumption and backward compatibility of the network.

In other words, the beta testing required for the new XDPoS 2.0 protocol, which will be rolled out in the first quarter of 2023, is a major milestone, as evidenced by the one-year testing before it became effective.

A small group of community members supported the project in various ways in 2021. This includes expanding networks and introducing new ecosystem players such as exchanges, wallets, and development partners. As the XDC network became more popular, the community became a more diverse but focused group.

This project has always kept the community at the forefront, and the community has grown dramatically over the years. Ritesh Kakkad, the co-founder of the XDC network, recently used his Twitter account to announce three years of completion and the way the company has achieved so far without organizational funding or much media hype.

3years for the #XDCNetwork

Question: how you grow #Blockchain ecosystem without institutional money?
Answer is with Community Support.

The result that XDC can look back on is 283.81 million transactions that have processed over 45 million blocks in three years. It has an estimated market capitalization of $ 500.99 million and is listed on 34 exchanges. And storage options for both custodian and non-custodian wallets. XDC tokens provide off-screen strength for dapps built on the XinFin hybrid blockchain.

With the recent addition of a tab dedicated to the XDC ecosystem to the CoinGecko data aggregator site, that limit has been further expanded. This gives end users easy access to information related to XDC. These XDC network-based initiatives, such as DeFi, Metaverse, and financial industry applications, will be further developed and extended by the XDC community.

From the beginning, the mission of the XDC Foundation was to further decentralize the network while promoting a community-first development strategy.