in PlayMining GameFi NFT
by CryptoDaily 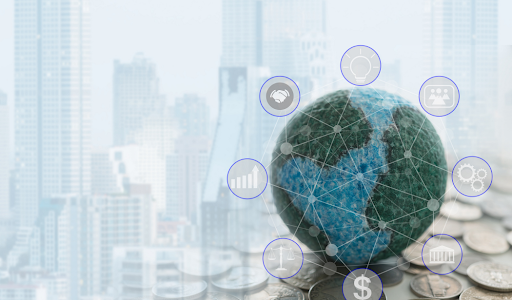 “DEA aims to become the world's no.1 web3 entertainment company that also simultaneously tackles social and economic problems. The PlayMining platform allows users to mine crypto while they play games,” stresses Tatsuya Kohrogi.

He further explains, “Gaming and entertainment are becoming a sustainable livelihood option for people around the world. And I am incredibly excited to take on this role and help further scale the creators economy and web3 entertainment globally."

Prior to joining DEA, Kohrogi worked as a Partner Manager at Meta (formerly Facebook). In this role, he established relationships with key advertising agencies in Japan, strategically expanded the business of his key partners by a multiple of three over two years, and scaled partner revenue to a nine-figure USD annual business.

Kohrogi has also worked for SoftBank for seven years, during which time he handled a variety of responsibilities within the company. These roles included investment strategy, business development, sales management, digital marketing, and co-founding an internal venture.

Additionally, Kohorogi studied under Masayoshi "Masa" Son, the CEO of SoftBank Group at SoftBank Academia. During this period, Kohrogi learned the ins and outs of the art of corporate leadership from Son himself and worked on projects related to the CEO role as part of Son's successor training programme.

On having Tatsuya Kohrogi as part of the team, Naohito Yoshida, the CEO of DEA, notes, “Tatsuya is a dynamic leader and is highly experienced in building partner relations, creating and implementing leading initiatives and strategies. As we begin to expand our business across Asia, Europe, and North America, we are confident each region will grow under Tatsuya's leadership.”

Since it was first introduced to the market in 2018, DEA has substantially grown its footprint within the GameFi sector. It has achieved substantial traction in the Asia-Pacific region, particularly throughout developing and underdeveloped countries. The vast majority of the platform's users come from Indonesia, the Philippines, Japan, Taiwan, Vietnam, and other neighboring areas.

DEA brings together gaming and decentralized finance through its extensive PlayMining platform, consisting of three distinct services with their own unique functionalities. Powered by the platform’s native DEAPCoin ($DEP) token, the PlayMining ecosystem consists of PlayMining Games, PlayMining NFT, and PlayMining Vault.