in bitcoin mining BTC
by CryptoDaily 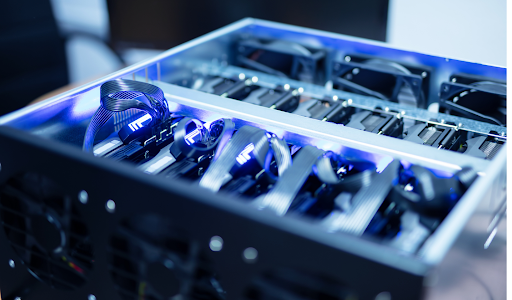 Bitcoin mining is no longer as profitable as before - it sounds harsh, but it is true.

Generally, the profitability of bitcoin miners is influenced by two factors: the price of BTC and the cost of electricity and other equipment (mining rigs, etc.).

The value of BTC is down by nearly 67% from its previous all-time high. On top of that, the bitcoin mining difficulty has increased exponentially in the past few years. The process of mining Bitcoin consists of completing recent transactions in the blocks by solving extremely complicated computational puzzles.

Miners must continuously upgrade their devices to achieve maximum computational power as they compete against one another to solve increasingly complicated puzzles. These high-end devices require a lot of energy, which leads to increased electricity consumption and carbon emissions.

With the Bitcoin mining difficulty now at an all-time high, the entire process takes enormous time and resources. As a result, many miners are finding it extremely difficult to sustain their operations because the cost of production has exceeded the profit margins.

Besides that reality, deteriorating market conditions are adversely affecting mining profitability, forcing many miners to liquidate their BTC holdings to stave off losses. According to a report from Arcane, publicly listed BTC mining firms sold almost 30% of their mining rewards within the first four months of 2022. This sell-off increased more than three times in May, with some mining firms selling 100% of their BTC rewards compared to the average of 20% to 40% just months earlier.

Earlier this month, when BTC prices hit lows of $17,000, CoinTelegraph reported that the BTC Miners to Exchange flow - the volume of BTC sent by miners to crypto exchanges – touched its 7-month high. To put this into perspective, Canadian crypto mining company Bitfarms just sold around $62 million worth of BTC, representing nearly 47% of the company’s total BTC holdings.

It is no secret that BTC miners rely heavily on block rewards to generate profits. In fact, more than 90% of the mining revenue is generated from block subsidies (BTC rewards miners receive for solving computational problems and validating blocks). However, another Bitcoin halving event is arriving. Halvings happen every four years, in which the number of bitcoins produced by mining and the accompanying mining rewards are slashed by half. The next halving is scheduled for 2024, which means that in the next two years, the current reward (6.25 BTC per block) will be slashed by half, shrinking miners’ profitability further.

This represents a significant headwind for the Bitcoin blockchain, given that miners are integral to the Bitcoin ecosystem and responsible for keeping the network secure. If most miners pack up and leave the blockchain, Bitcoin’s core feature – its security – will undoubtedly be negatively impacted. To prevent this from unfolding, BTC miners must be properly incentivized.

But is there a way to increase mining profitability?

According to the latest research by The Block, the best way to maintain Bitcoin’s security while increasing miners’ revenue is by leveraging the many protocols built on top of Bitcoin’s mainnet layer. The report stressed, "By increasing Bitcoin’s scalability and utility, these protocols could expand its use cases, broaden its user base, and create a larger ecosystem that would generate more aggregate transaction fees.”

This is where Stacks comes into the picture. Unlike other layer-2 scaling solutions and sidechains, Stacks operates as a smart contract layer on top of the Bitcoin network. It utilizes a cross-chain consensus algorithm between two independent blockchains, Bitcoin and Stacks, in this case, while remaining tethered to BTC through its proof-of-transfer (PoX) consensus mechanism.

That said, let’s take a closer look at how Stacks operates and how the PoX consensus mechanism can help BTC miners generate more aggregate transaction fees.

You might already know that blockchain networks rely on the underlying consensus mechanisms to function properly. In Bitcoin’s case, the network of miners provides the necessary computational power required to run the network.

Bitcoin uses the Proof-of-Work (PoW) consensus mechanism, which is considered the most secure consensus mechanism to date. However, this quest for “unmatched security” has limited the Bitcoin network to a considerable extent. To maintain its security, the Bitcoin network doesn’t allow smart contracts to be deployed on its mainnet. As a result, DeFi primitives are almost non-existent on the Bitcoin network, leading to the limited utility of the blockchain-native BTC token. Miners, in most cases, hold their BTC mining rewards until their value rises enough to realize positive returns. This technique of generating profits worked in the early days, but not anymore.

With Stacks, BTC miners don’t just have to depend on price movements to increase their profit margins. Instead, BTC miners can participate without the extensive proof of work setups and use BTC as a proof-of-work proxy to earn over and above the rewards they earn from bitcoin mining.

So how does it work?

The Stacks team explains its Proof-of-Transfer (PoX) mechanism as “an extension of the Proof-of-Burn mechanism.” PoX is a cross-chain consensus where both the chains, Bitcoin and Stacks, are involved in the consensus. Unlike the Proof-of-Burn system, where miners must “burn” their PoW tokens, miners who wish to mine a Stacks block must send BTC commitment transactions on the Bitcoin network.

If you're unfamiliar, Proof-of-Burn is a consensus mechanism where miners compete by "burning" their Proof-of-Work tokens, which serve as a proxy for computational resources. For example, consider that a Proof-of-Burn blockchain uses BTC as its tethered crypto. In this case, miners on the chain must “burn” their BTC tokens to increase their chances of being selected for mining.

Essentially, PoX transfers the coins of the established chain to the new chain's token holders, who opt into the chain's consensus. In the case of Stacks, miners transfer BTC to users who stake STX and receive STX (Stack’s native token) block rewards in exchange.

To become a miner on the Stacks blockchain, you’ll need to transfer BTC to users who stake STX. Stacks selects random miners to verify and add blocks based on its VRF (Verifiable Random Function) method. Meanwhile, most of the BTC sent by the miners are distributed among users who stake STX, while some of it is burned.

By doing this, Stacks creates a circular economy where BTC miners earn STX (both block subsidy and transaction fees) in exchange for the BTC they transferred. Meanwhile, miners on the Stacks network get BTC for locking their STX. Based on this, BTC miners can make additional profits when the dollar value of the STX rewards they receive is higher than that of the BTC they transferred.

According to The Block, “A simple way for miners to decide whether they want to bid for a Stacks block is to estimate whether STX/BTC from mining is cheaper than STX/BTC in the open market. If yes, then they should bid accordingly.” 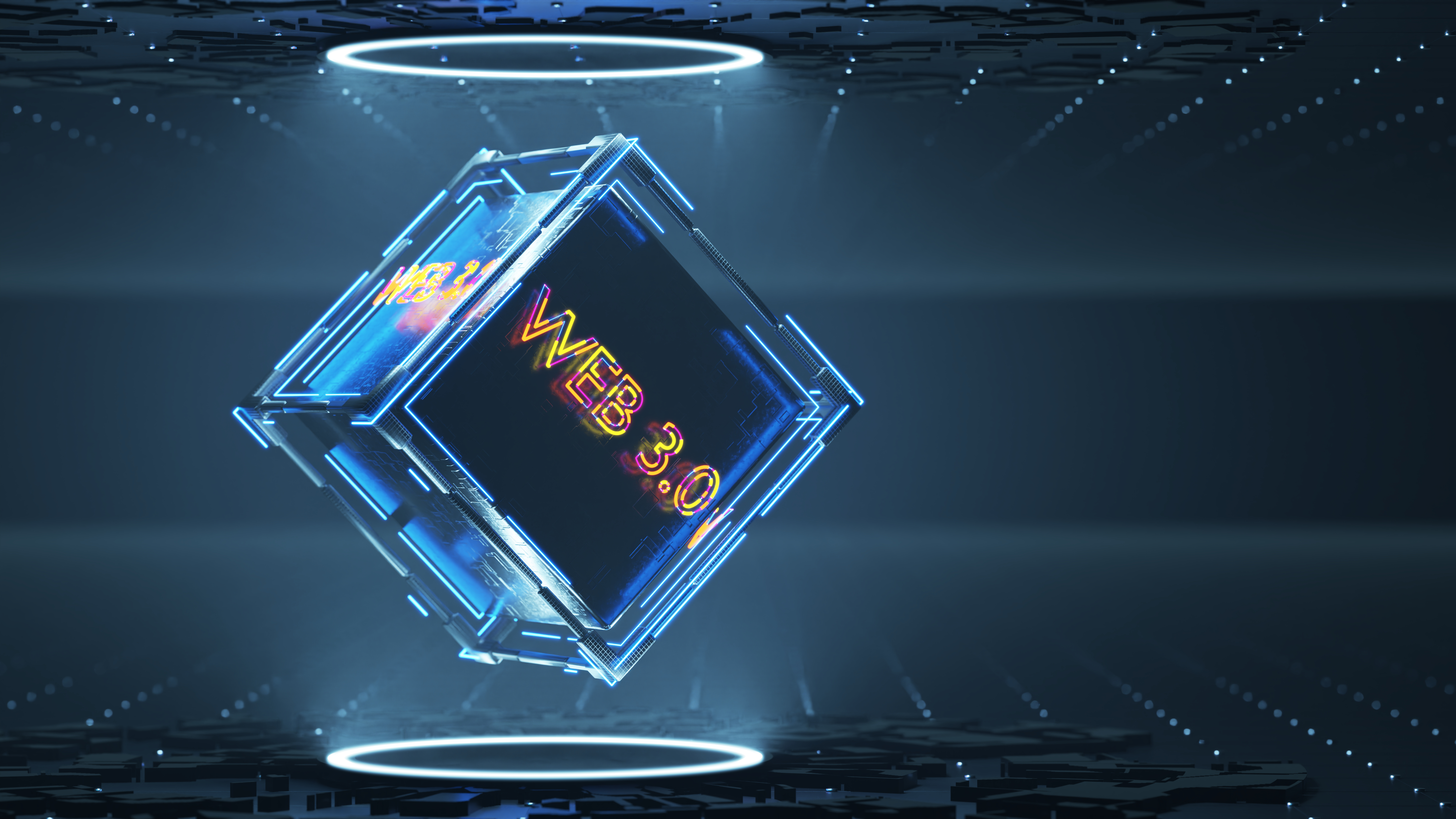 Draper Dragon: Bullish on Web3 projects like IoTeX and MachineFi 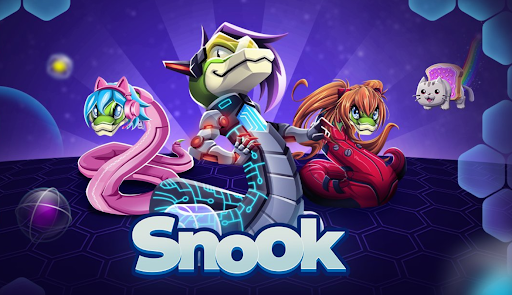