There Are Two Kinds Of CBDC: Wholesale & Retail. But How Are They Different?

in CBDC Blockchain
by CryptoDaily 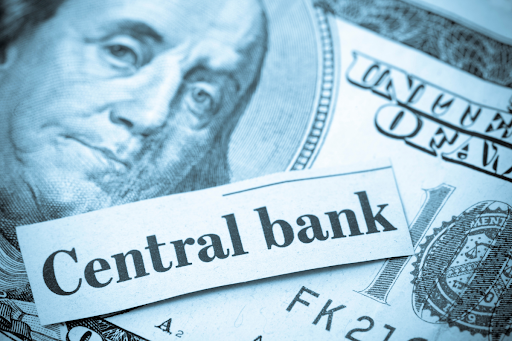 U.S. President Joe Biden’s recent decision to sign an executive order asking government agencies to develop frameworks and policy proposals for enhancing the regulation and “responsible development” of digital currencies has brought us one step closer to the reality of a digital U.S. dollar.

A digital U.S. dollar seems inevitable at some point, and when it arrives it will be what is known in blockchain circles as a “Central Bank Digital Coin”. CBDCs are cryptocurrencies issued and regulated by a central bank. In the case of the U.S., that would be the Federal Reserve.

The U.S. government, just like in other nations, is interested in the idea of a CBDC because it could usher in an entirely cashless society, which would have benefits such as convenience for consumers, as well as greater security, with no need for banks to store and transport large amounts of cash. CBDCs would also lead to greater financial inclusion, proponents argue. In addition, it’s assumed that law enforcement would have an easier time in targeting money laundering and criminal enterprises, though that would come at the cost of less privacy for everyone else.

If CBDCs become a reality, we can expect two types of digital currency to emerge. Wholesale CBDCs and Retail CBDCs. The former is designed to be used by financial institutions such as banks, while the latter is meant for consumers and businesses, similar to existing types of currency.

What is a Wholesale CBDC?

A wholesale CBDC would be designed for banks that need to store deposits in a central bank, such as how Citibank and Bank of America hold their reserves in the U.S. Federal Reserve. The most important benefits of a wholesale CBDC are said to be more efficient payments and securities settlements, as well as reduced risks associated with counterparty credit and liquidity.

Those in favor of a wholesale CBDC argue that a restricted-access digital token could either replace or complement the reserves held at central banks. It would act as a bearer asset, allowing banks to transfer value to others without any intermediary. That would mark a fundamental change from the current banking system, where central banks debit and credit the accounts they hold without actually transferring the amounts involved.

The most prominent example of a wholesale CBDC is Ripple’s XRP token, which is consistently ranked among the top ten cryptocurrencies by market cap. Ripple is a network designed for banks that can process transactions between any two entities located anywhere on the planet in seconds. Ripple serves as a trusted intermediary that can quickly confirm the transaction went through properly. The network can facilitate exchanges in any kind of fiat currency or cryptocurrency, and even works with commodities such as gold.

Ripple’s main advantage is its speed, with transactions confirmed in just 4 to 5 seconds, the company claims. That compares to days in the case of a typical wire transfer that’s still used by many banks today.

The XRP token is used to pay for transactions, but the fees are incredibly low. Ripple currently charges just 0.0001 XRP per transaction, regardless of how much value is being sent. At the time of writing, 1 XRP was worth 77 cents.

Ripple, which was founded back in 2012, the very early days of cryptocurrency, has already won over some of the world’s major banks, including entities such as Axis Bank, Santander and the Canadian Imperial Bank of Commerce.

All in all, it seems inevitable that central banks across the world will soon adopt some kind of wholesale CBDC. The Bank of International Settlements, which facilitates many of today’s international payments between banks, has publicly stated that it believes a wholesale CBDC could provide big benefits to existing payments and settlements systems.

What is a Retail CBDC?

While banks will use something like XRP to settle payments between each other, it’s likely they’ll issue an alternative “retail CBDC” for regular folks to use.

In the case of the U.S., we can expect to see some kind of digital dollar that will emerge as a new form of central bank money. It’ll be issued, managed, controlled, and guaranteed by the U.S Federal Reserve, which will also dictate the supply of such a coin based on its monetary policies.

It’s believed that retail CBDCs will one day become legal tender in many countries and widely accepted for payments, just like cash is today. Retail CBDCs will have their value pegged at a 1:1 ratio with that of the fiat currency they’re intended to complement. To implement them, banks face the daunting task of building an open infrastructure complete with digital wallets and other services so that people can access and transact with it.

This is where companies such as Millicent will come in. Millicent is a U.K. company that’s working with the Bank of England to create a Layer 1 infrastructure to process transactions for a “digital pound”. Millicent, which has received substantial funding from the U.K. government, has created a blockchain-based network that relies on parallel transaction processing. With this, it’s capable of processing more than 10,000 payments per second, faster even than existing networks such as Visa and Mastercard. This kind of capability will be necessary if, as many people expect, an entire country’s population one day switches to a retail CBDC.

Millicent says the main advantage of the CBDC network it’s building in the U.K. will be super-fast, secure, and low-cost transactions. The company’s name is based on the fact that transactions will only cost a fraction of a cent (or a penny in the case of the pound).

Most importantly, Milicent’s network is based on an open infrastructure. This is key, as it will enable developers to build various wallets, applications, and protocols that tap the network, enabling companies and people to send and receive payments, in addition to offering financial services. Millicent says CBDCs built on its network will even be able to interoperate with existing cryptocurrencies such as Bitcoin, as well as fiat payment rails like Visa.

Although banks are making slow progress, all the signs suggest that CBDCs are an inevitable evolution in the world of finance and payments. The only thing that’s holding them up is that central banks are the only entities with the legal authority to issue CBDCs and allow them to be used as legal tender. Central banks, however, lack the skills and experience necessary to build and maintain the required infrastructure for CBDCs. They would also need to create a new set of compliance rules and regulations for transactions.

Companies such as Ripple and Millicent will play a vital role in this, helping central banks to create the open, transparent, accessible, and interoperable CBDC infrastructure based on blockchain technology that’s required to support them.