Gavin Wood Made Multi-Chain NFTs A Reality On Polkadot & Kusama 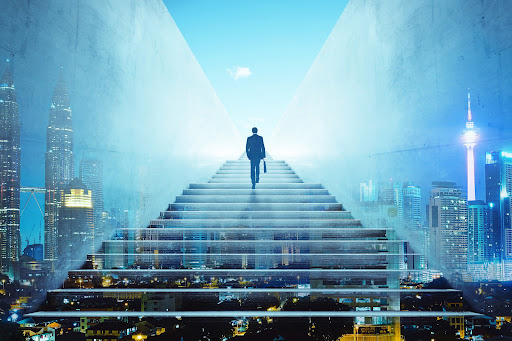 Polkadot and Kusama have become the first blockchains to enable multi-chain NFTs following a key update to its consensus mechanism.

The update, which enables support for NFTs on the Cross-Consensus Message Format (XCM), will make it possible for the non-fungible tokens to be “teleported” from one chain to another and then tracked across chains.

With https://t.co/PEkmF5SvzZ @Polkadot & @kusamanetwork will have support for NFTs in XCMv3, including the ability to teleport them and even have chains which can be permissionlessly used host NFTs native to chain in the XCM universe as reserve-backed assets.

The Polkadot blockchain is ideally suited to implement such a capability, as its whole premise is to solve the problem of a lack of interoperability among blockchains. Polkadot is an extensive network that comprises not only its main blockchain but also “parachains”, of which there will eventually be 100. The parachains all support different use cases and protocols and run in parallel with the main Polkadot chain, with the key advantage being that it’s possible to transfer any asset, token or data between them.

Kusama, meanwhile, is a public pre-production environment for Polkadot that allows developers to experiment and test new blockchains or applications before releasing them on the network. Like Polkadot, Kusama also has many parachains.

XCM is a format that describes how messages between chains should be performed. It’s designed to be a common language for communicating between different consensus mechanisms, wherein all of the data on a message transfer is sent through Polkadot’s or Kusama’s relay chain. Doing this allows every parachain on those networks to verify those messages, enabling XCM to expedite trusted communications between any two parachains.

By adding support for NFTs on XCM, Polkadot and Kusama have essentially created the concept of multi-chain NFTs that can live on any blockchain within their respective networks. It could pave the way for NFTs to play a far more prominent role in business transactions, with the tokens used as payment or to represent an order or something else. It will also allow NFT holders to better leverage their tokens, for example by borrowing capital from a DeFi platform on a different chain, using their NFT as collateral.

Interoperable NFTs would also help to accelerate adoption, others believe. At present, the NFT landscape is quite fractured. While most are based on the Ethereum blockchain, there are many that are not. That has led to the rise of multiple NFT marketplaces for each type of token, adding confusion to the space for new users. By making it possible for NFTs to “teleport” onto other chains, Polkadot and Kusama will help to eliminate much of the confusion around them and accelerate adoption.