Central Bank Digital Currencies And Their Context In The DeFi World 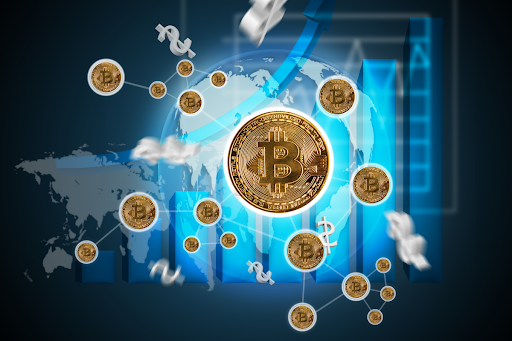 Every year, it seems like there's a lot more happening with cryptocurrency and decentralized finance assets.

A few years ago, hardly anyone had heard of Bitcoin. As a relatively recent invention, cryptocurrency in general only came of age less than a decade ago. Now, a variety of blockchains are taking off with Bitcoin at the helm – Ethereum with smart contract handling, Polkadot/Kusama with its layer 2 side chains and parachains, and modern innovations like Solana. Those are just a few of the decentralized assets moving stealthily, and in great volume and quantity, around the world.

So what are world governments doing? Many of them are trying to stave off truly decentralized cryptocurrency markets using sanctioned assets called central bank digital coins.

Recent reports like this one show how African cryptocurrency use is booming.

“Crypto users in the continent of Africa have risen significantly,” writes Steve Anderrson at the Coin Republic. “They usually undertake cross-border transactions due to low fees. The number of digital currency clients in Africa increased by practically 2,500% between January 2021 and January 2022, while the normal number of month-to-month exchanges increased 1,400%, another report by Kucoin has said.”

In Nigeria, one in three persons own and trade cryptocurrency assets that are decentralized, i.e. Bitcoin. However, the federal government has tried to discourage the use of these assets partly by creating its own CBDC called the eNaira.

The nation’s central bank puts it this way: “eNaira serves as both a medium of exchange and a store of value, offering better payment prospects in retail transactions when compared to cash payments. eNaira has an exclusive operational structure that is both remarkable and nothing like other forms of central bank money.”

That's not unusual for the average nation-state that wants to regulate cryptocurrency and try to get proactive about its use within the national economy.

But the reaction by Nigerians shows exactly why this response is less than fully effective.

“Money is a tool for controlling people,” says Blockchain Nigeria User Group founder Chimezie Chuta in a TechCrunch interview that shows up in reports like this one from AAX detailing the dynamics of African crypto operations. “They do not want to allow the primary tool of control to be eroded because the entrance of privately issued cryptocurrencies like Bitcoin and Ethereum is a direct challenge to central banks’ authority everywhere in the world. CBDCs come in as their response, albeit weak ones.”

CBDCs Around the World

Countries like India and Russia have considered producing their own central bank digital coins. In America, private banks like J.P. Morgan have created their own stablecoins. The resulting JPM Coin is a cryptocurrency in name only, in terms of decentralization. Rather than being held by a collective and verified without institutional involvement, JPM Coin is a branded coin with J.P. Morgan, in many ways, as its controller.

Other nations like El Salvador are blazing a path forward with truly decentralized coins as a national currency. By accepting Bitcoin as legal tender and inviting all residents to adopt a nationally sanctioned crypto wallet, El Salvador is showing another way is possible when it comes to modern cryptocurrency adoption.

Some other countries are considering following suit.

A broader look at central bank digital coin adoption around the world shows that a lot of the central research going on right now, especially in the early stages, is in North America, South America, Europe, and parts of Western Asia. Australia is also looking into its own CBDC.

In the Bahamas, Nigeria, and a few other smaller nations, CBDCs have actually been launched.

Russia, China, Saudi Arabia, South Africa, and Malaysia are all in the pilot stage.

Analysts like this writer talk about how cryptocurrencies can be used to fund political movements or as a safe haven for money fleeing assets. Others talk about the ways that new cryptocurrency assets support the un-banked, many of whom had little traditional connection to national fiat systems like conventional checking accounts, certificates of deposit, or money market accounts.

Lending has also gotten several orders of magnitude easier with peer-to-peer decentralized systems that help unbanked or low-income borrowers get around some of the more onerous restrictions on fiat lending.

Anyway, look out for more activity on national CBDCs and broader efforts to regulate and handle how cryptocurrencies and decentralized finance assets are becoming more a part of our modern money systems.