in Crypto Blockchain
by CryptoDaily 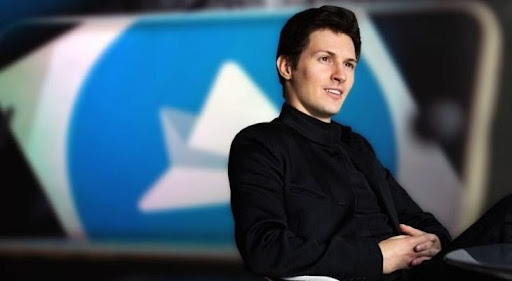 The highly ambitious TON blockchain is planning big things in 2022 following an endorsement of its efforts by its founder, the CEO of Telegram, Pavel Durov.

Durov, who created TON almost five years ago, said in a recent post on Telegram that the project is “alive and evolving”. He added that it’s still “years ahead of anything else” in the blockchain space in terms of its speed and scalability.

That Durov is still advocating for the project is a big surprise because it was barely two years ago that he unceremoniously dumped TON in the wake of a legal challenge by the U.S. Securities and Exchange Commission.  Telegram launched the initiative way back in 2017 and had a lot of success in the early days, raising more than $1.6 billion in an ICO for the platform’s original cryptocurrency token “GRAM” and winning dozens of plaudits from the community for its ambition.

Unfortunately for Durov, progress came screeching to a halt in 2019 with the revelation that the SEC was stepping in to halt its token sale after classifying GRAM as an “unregistered security”. A lengthy court battle ensued with the SEC, unsurprisingly, emerging as the victor. Telegram ultimately agreed to return $1.2 billion raised in the ICO to investors, and followed up by dropping the project altogether.

That may have spelled the end for TON, but Durov sowed the seeds of its current incarnation by open-sourcing all of the work it had done in creating the blockchain. Its plans were quickly picked up by a team of developers led by the Russian Anatoly Makosov, which has quietly been plotting a renaissance ever since.

Believers in the project will be pleased to know that under Makosov’s leadership, TON has discarded none of its original vision. If anything, the new team’s zeal for the project is even stronger than that of Durov’s, and it has published an extremely ambitious roadmap calling for all of its major components to be live by the end of the year.

TON’s blockchain has been up and running since last year and its next milestones call for the establishment of its DNS service, enabling human-readable smart contracts and account names, by the end of the first quarter. Other Q1 targets include the launch of TON’s first DeFi apps, its proxy server and a new developer program at the same time.

Once those are all set up, only two tasks remain: First, its decentralized file-storage system and then, the TON Workchains that will link it to every other blockchain in the world. The team has already made solid progress on that latter goal, launching a TON-ETH bridge last year that makes it possible for Toncoins to be sent back and forth between it and the Ethereum blockchain.

Such a busy roadmap is necessary because TON is hoping that its blockchain will ultimately become the foundation of the new and emerging web3 - a decentralized version of the public internet in which people have full control over their data and complete anonymity. If it is going to achieve that, it will need to unify every other blockchain into a single, decentralized network and also enable super-fast transactions and low costs.

The TON project has set itself some formidable goals yet it cannot be accused of lacking confidence in its ability to achieve them - recently boasting on Telegram that 2022 will be the year it finally achieves “mass adoption”, which is something that, up until now, has eluded every blockchain project so far.

While most of the crypto community is likely to dismiss those claims as pure bravado, few will deny that 2022 is set to be a critical year for one of the most ambitious blockchain projects ever conceived.