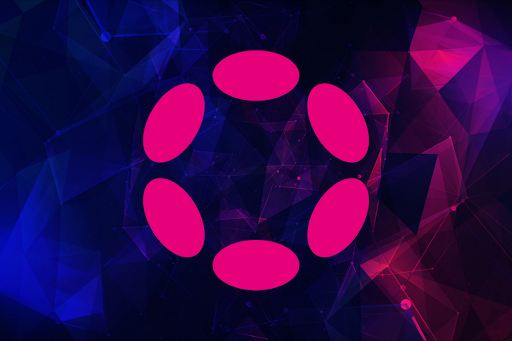 Gavin Wood is going on a hiring spree, looking to attract more developers to Parity Technologies that’ll help him from the next-generation of the most promising projects in the crypto space - the Polkadot blockchain. This comes at the perfect time, right after Polkadot was shown next to Ethereum in monthly active developer count by Electric Capital.

Wood reached out to the developer community through Twitter, where he told almost 300,000 followers he’s now interviewing candidates to work with him on research and prototyping.

The new hires will help Wood mold Polkadot’s future as it enters a critical juncture in its story. In 2021, the five-year-old project finally delivered on one its biggest promises with the launch of its first parachains, bringing its dream of blockchain interoperability to life amid growing interest from the investment community.

As Wood explained in a recent post on Medium, 2021 saw Polkadot rack up an impressive list of achievements. Besides launching its first five parachains in December – Acala, Astar, Clover, Moonbeam and Parallel Finance – it now boasts more than three million user accounts and 6,000 validators serving them across its entire network, which includes Kusama, a live canary environment for Polkadot.

Polkadot has grown its community significantly too, with more than 200,000 holders of DOT, its native cryptocurrency token, voting on various proposals over the last year. Its official website saw more than two million page hits, and its Twitter following exploded to more than a million followers, up ten-times from where it was a year ago.

The project’s rapid rise compares extremely well with the growth of one of the main blockchains it’s trying to replace. A report this month by Electric Capital shows that Polkadot has grown at a much faster pace than even the highly successful Ethereum blockchain did at similar stages in its own history. For instance, it boasted far more full-time developers than Ethereum had in the days following its first code commit. It has also massively outpaced the growth of other popular ecosystems, including Solana and Terra.

Polkadot is also attracting more money from infestors than any other crypto project with the exception of the big two - Bitcoin and Ethereum. A November report from the crypto market research firm Messari found that DOT is the most commonly-held asset among 53 venture capital funds, hedge funds and liquidity providers it tracks, held by 21 (39%) of them overall. That makes DOT far more popular than the next most popular assets Terra, NEAR and Ooasis, which were held by just 13 institutional investors each.

The project has been a big hit with developers already, with more than 1,000 attending the various Substrate courses over the last year and 70% of those graduating. Polkadot further hosted four hackathons over the last year, with interest from more than 50 developer teams building projects to improve its wider ecosystem.

As Wood begins his hunt to expand Polkadot’s development team, it seems likely there will be no shortage of willing candidates inspired by what’s to come. They’ll be desperately needed too, with its 2022 roadmap calling for the launch of its first decentralized bridges to connect Polkadot to Kusama, Ethereum and other blockchains, and a massive effort to optimize its code base that aims to see each parachain to reach speeds of 1,000 standard Transactions Per Second, per shard.

“With more than 150 chains serving a variety of purposes under development, many already with test-nets, there is much to anticipate,” Wood promised. “More than any year yet, 2022 is the beginning of our next chapter in Polkadot’s story.”

For anyone who fancies themself as a bit of a coding whizz, there’s never been a better time to try and become a part of what looks like becoming one of crypto’s most successful stories so far.