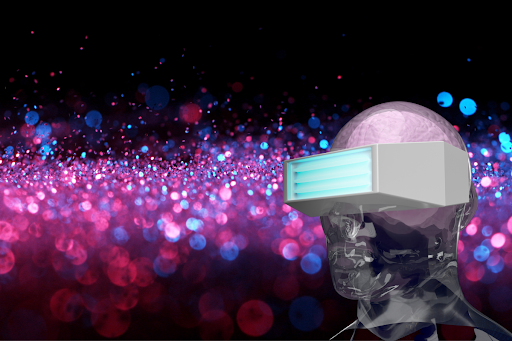 Recently, Facebook CEO Mark Zuckerberg, via a video launch, announced the rebranding of Facebook to Meta. This news created ripples throughout the Web2 and Web3 ecosystems, as the brand’s new logo and taglines quickly appeared across all Facebook-owned channels.

The crypto community, in general, wasn’t impressed by the announcement. Facebook, which is being increasingly criticized due to its profit-minded and polarizing approach related to specific topics posted on its platforms, the sudden love for cryptocurrencies has raised several questions.

During the recent rebranding, CEO Mark Zuckerberg hinted about “Metaverse,” which is said to be an immersive virtual world. However, several crypto industry leaders have sharply criticized this move. The problem with Facebook (now Meta) venturing into the metaverse lies behind the company’s policies. While the cryptoverse wants the “metaverse” to be inclusive, decentralized, and fair, Meta’s idea of “digital experience” conveniently overshadows the fact that this “experience” will be entirely centralized.

Ben Caselin, Head of Research and Strategy at AAX, penned a scathing open letter to Mark Zuckerberg, underlining, “Our vision for the Metaverse has little to do with your corporatized version of a nauseating virtual reality (VR) game of ping-pong with a childhood friend in a different timezone, wearing a disorientating headset that scans everything in the room, only to be fed you the “Recommended Purchases for You” sidebar minutes later.”

He adds, “You talk about replacing precious real-world social interactions with a digital immersive “experience,” conveniently overlooking that your company will then own everything about that experience — from the visible interactive game elements all the way down to the metadata. While corporations are welcome to participate and produce their own assets in the crypto metaverse, they should not own any outsized part of it, as it takes the power away from the individual and from the main goal in question: to create a Metaverse that is user-owned.

Centralized dreams have no business snooping around the metaverse.”

While the endgame of the rebranding is still unclear, Mark Zuckerberg’s idea of Meta will, no doubt, be closely linked with advanced technologies like Artificial Intelligence (AI), Virtual Reality (VR), and Augmented Reality (AR), among others. However, Meta being a centralized organization, crypto enthusiasts find it difficult to wrap their heads around how the platform plans to offer interoperability with other open universes within the metaverse.

Irrespective of how the proposed “metaverse” by Meta works, the company will still be the pioneer social media brand to transition to a new world of immersive experience since no Web2 brand has so far expressed interest in this area.

A Sudden Change In Heart

It is evident that Facebook’s rebranding is partly the function of the ongoing crisis after several employees turned whistleblowers exposed several questionable internal processes of the social media giant.

However, one can’t overlook that this rebranding is also aligned with Mark Zuckerberg’s long-term goal of incorporating cryptonomics within his service suite. The platform recently went on an extensive global advertising and campaigning spree to launch its “ill-conceived” stablecoin project, which ultimately failed. As such, the promise of “metaverse” is yet another attempt to break into the cryptoverse.

Earlier, Facebook had strict guidelines that prevented crypto startups and organizations from advertising on its platforms, thus preventing them from leveraging the massive user community across Facebook, Instagram, and Whatsapp. The ban, which was in effect since 2018, was withdrawn this year, suggesting that the platform is to settle its differences with the crypto community.

That said, Meta is working hard to make its presence felt in the crypto ecosystem. The team is becoming increasingly involved in ongoing developments across NFTs, blockchain gaming, DeFi, and practically everything else happening in the blockchain universe. From tweets to tags, posts to promos, Meta is leaving no stones unturned to undo the past.

For instance, the Meta team recently showered their love for Bybit as the platform launched the first-of-its-kind street art-themed metaverse. In its tweet, Meta mentioned, “@RealyOfficial is changing the fashion game in the metaverse.”

With more and more amazing ecosystems being created for the metaverse, Bybit, one of the largest cryptocurrency exchanges, entered the scene with Realy, a metaverse project with a heavy emphasis on street culture. Powered by the Unreal Engine, Realy features a virtual city that integrates the best experiences of virtual and physical worlds. The street culture-themed universe allows users to attend concerts and exhibitions virtually. Furthermore, Realy will also facilitate minting NFTs of clothing and accessories connected to street culture.

The metaverse already consists of a wide range of virtual universes, including Axie Infinity, Decentraland, Upland, The Sandbox, Revv Racing, Star Atlas, My Neighbour Alice, and many more. All of the assets offered by these platforms ensure full ownership, allowing users to buy, sell, trade, exchange, or transfer them from one blockchain to another.

It is quite possible that Meta’s promised “metaverse” will also be a part of the larger metaverse. However, the question of ownership and centralization still remains unsolved. As more and more virtual worlds emerge, the transition to Web3 will lead to a new era of virtual environments where interoperability and ownership will play critical roles.

Only time will tell if  Meta will fit into the expanding metaverse or create a “metaverse” of its own that’s far from the idea of decentralization. However, for the time being, the change of heart at the corporate level works in favor of crypto brands as they can now target the massive global community that uses Facebook and its other platforms.