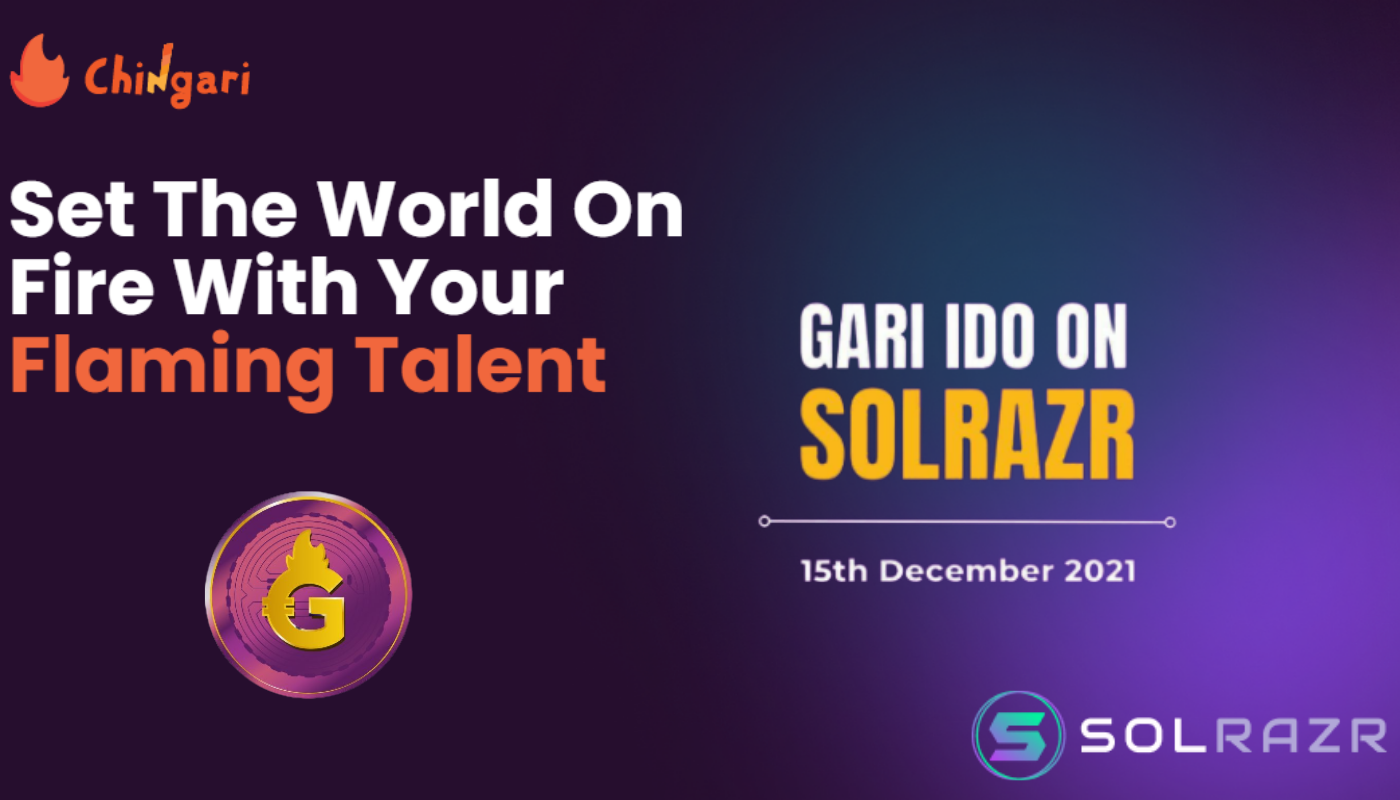 One of the biggest social media platforms in India, Chingari, will begin its crypto revolution tomorrow, making its native $GARI token available to buy through an Initial DEX Offering on the SolRazr venture platform.

It's expected to be the biggest ever IDO in the history of launchpads and it will be the first opportunity for many to get their hands on the prized $GARI tokens, which are designed to fuel a wave of e-commerce on the Chingari app.

It's a big deal - Chingari is a short-form video-sharing app that's often called the "Indian TikTok" and it boasts a huge following, with almost 85 million downloads and more than 32 million monthly active users at the most recent count. As one of the top social media apps in the world's second-most populous nation, there's a massive, ready-made ecosystem of potential $GARI users - and that means the IDO is generating huge excitement.

“We are excited to launch the $GARI token on SolRazr. This will be the biggest IDO on any launchpad in the crypto sphere," said SolRazr co-founder Sreekanth Kalapur. "$GARI will help creators on Chingari create their e-commerce ecosystem through physical merchandise, NFTs, and raising funds from their fans directly."

Chingari launched the $GARI token in October at an event hosted by its brand ambassador, the Bollywood superstar Salman Khan, before raising $12.3 million in a live sale on Republic. Tomorrow's IDO will be even bigger though. Chingari said it is putting 40 million $GARI tokens up for sale at a token price of $0.4, amounting to a total pool size of $16 million - the highest amount ever in the history of IDO launchpads.

Chingari co-founder and Chief Executive Sumit Ghosh said he chose to launch $GARI's IDO on SolRazr because both are built atop the Solana blockchain network, an Indian-built rival to Ethereum that offers faster transaction speeds and lower fees.

"We are confident that it is the best platform to ensure a fair process and complete transparency,” he added.

Tomorrow's IDO should provide a massive uplift for the wider cryptocurrency universe too. Chingari is planning to introduce millions of its users to crypto for the first time through simple, in-app mechanics that will teach people how to buy and use the $GARI tokens in a range of interactions. With $GARI, users will be able to purchase merchandise and NFTs and even make donations to their favorite influencers. Chingari is also introducing a rewards program for creators that will encourage them to create newer, more engaging videos on the platform.