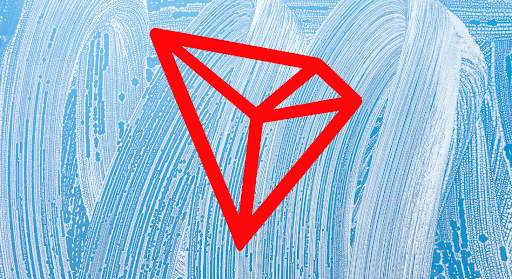 VanEck, a leading investment manager with business offices across the globe, is reportedly adding another 200M Tron (TRX) to their holdings. The asset manager has already been holding 814,271,133 TRX, valued at a substantial $88,645,684.

TRON, which is one of the world’s biggest and most widely-used blockchain or distributed ledger tech (DLT) ecosystems, will be allocating its $1.1B+ fund to application developers that are interested in contributing to its diverse ecosystem.

The massive fund intends to offer more dev-friendly software development tools that may be used to enlarge a fast-growing ecosystem that’s currently hosting a wide range of activities, such as decentralized finance (DeFi), non-fungible tokens (NFTs), stablecoins, among many other innovative use-cases.

TRON Founder Justin Sun explained that this fund reflects their ongoing efforts to innovate and stay at the edge of blockchain and crypto development.

Sun added that as the blockchain ecosystem continues to expand, cross-chain interoperability in DeFi and NFTs should serve an important role in their continued success. Accordingly, “encouraging the developers who are the backbone of this decentralized movement to join us is crucial for maintaining the TRON ecosystem’s longevity and competitive edge,” Sun noted.

In addition to supporting software architects and ecosystem development, the fund aims to attract more innovative initiatives and protocols to the network via its upcoming rewards and incentives.

This move aligns or is consistent with TRON’s introduction of JustLend and JustSwap DeFi services along with Sun’s goal to increasingly promote transactions with stablecoins. TRON currently hosts and circulates several different stablecoins on-chain, such as USD Tether, USD Coin, TrueUSD, and TRON’s USDJ, with on-chain transaction volumes exceeding $10 billion per 24 hours on several occasions.

The most recent milestone in TRON’s journey comes only a few weeks following the foundation launch of BitTorrent Chain, aka BTTC, in order to assist with scaling the ecosystem. Co-created by the TRON and BitTorrent development teams, the BTTC proof-of-stake or PoS protocol is developed to support greater cross-chain interoperability with TRON, Ethereum, and Binance Smart Chain (BSC).

This innovative protocol should enable the quick transfer of crypto-assets across several different protocols economically in a decentralized fashion, supporting TRON’s role in the fast-evolving DeFi sector.

The note, which trades on Deutsche Börse, as well as other established exchanges of 14 leading European nations including those in Amsterdam, Paris, and Zurich, is reportedly backed by TRON’s native token Tronix (TRX).

The most recent flow data indicates that the ETN added a substantial 200,000,000 TRX on November 2, 2021, which equates to nearly a $20M addition and now brings VTRX’s total holdings at well above the 1 billion TRX mark.

It’s worth noting that TRON is focused on supporting the ongoing decentralization of the Internet by harnessing the power of blockchain or distributed ledger technology (DLT) and innovative dApp use-cases.

Established in September 2017 by Justin Sun, Tron has managed to achieve several important milestones, such as its MainNet launch back in May 2018, gaining network independence in June 2018, as well as the TRON Virtual Machine launch in August 2018.