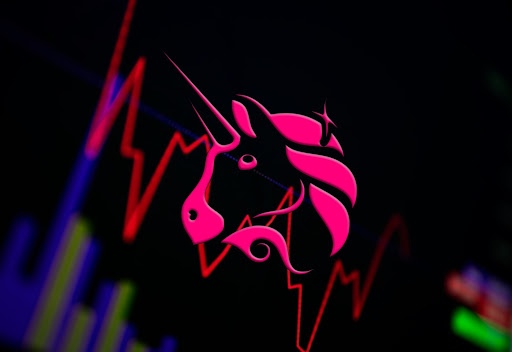 izumi Finance, a protocol offering liquidity as a service via Uniswap Version 3,0, has acquired $2.1M in capital from several crypto and decentralized finance (DeFi) investors.

As explained in the announcement, the izumi protocol has been developed to address a major pain point found in Uniswap V3 and its concentrated liquidity pools (LPs), while also improving liquidity mining efforts over more traditional Uniswap V2-style pools.

As noted in the update, the main mechanism behind izumi is the option to offer non-homogenous liquidity incentives that are applied to certain price ranges of a typical Uniswap V3 pool.

This approach enables initiatives to streamline their rewards in order to achieve enhanced outcomes. For instance, izumi addresses the “Pool2 dilemma,” or the dilution of an initiative’s token as part of an effort to bootstrapping its liquidity.

By utilizing izumi and providing only certain price ranges where incentives are offered, projects are able to use Uniswap V3 for farming incentives, while not having to overpay for liquidity they may not need.

Users may earn the greatest liquidity mining rewards if they are able to offer liquidity that’s the same as the actual price range on Uni V3. According to the announcement, this means that initiatives will have significantly more concentrated liquidity and greater capital efficiency while deploying the liquidity mining program via izumi.

Following its official launch, Uniswap V3 has managed to attract relatively few superior quality liquidity mining schemes, which may be due to the overall complexity of its NFT-based positions.

As explained in the update, the izumi initiative addresses this market requirement and takes advantage of the flexibility offered via Uniswap V3 to establish improved incentive structures when compared to those available with the traditional Uniswap V2 pools.

Jimmy Yin, Founder of izumi Finance, said that they are pleased to develop Uniswap V3 LP Staking protocols to offer non-homogenous incentives in various price ranges. This should help with enhancing the efficiency of the incentive distribution for reward providers while improving the net earnings of liquidity providers, Yin added.

He also mentioned that with izumi, Uniswap V3 should become solid competitors with Curve in the stablecoin market and attract considerably more initiatives that had been planning to deploy farming pools via SushiSwap. Yin further noted that they’re going to tap into the potential of financial NFTs via Uniswap V3 and further extend the service to the multi-chain world in the foreseeable future.

As noted in the announcement, izumi Finance is the platform offering liquidity as a service with Uniswap V3 and aims to extend the concentrated liquidity service for the multi-chain ecosystem. izumi proposes “non-homogenous” liquidity mining protocols in order to offer Uniswap V3 LP token staking rewards non-homogeneously in various price ranges, which may potentially enhance the efficiency of incentive distribution for reward providers while improving the earnings of liquidity providers via Uniswap V3.

izumi also set up a C-AMM bridge in order to connect Uniswap V3 with various other chains and expand the concentrated liquidity service to even more end-users.