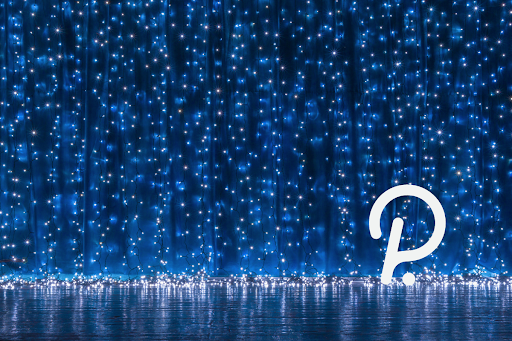 Scalable blockchain Polkadot has confirmed the scheduling for its next five parachain auctions. The highly-anticipated auctions, which take place on the platform’s so-called Canary Network Kusama, will get underway from September 1, with the final slot pencilled in for September 29.

A range of projects will compete to follow in the footsteps of Acala’s Karura, Moonbeam’s Moonriver, Astar’s Shiden, Phala’s Khala, and defi protocol Bitfrost – all of whom launched on the experimental Kusama network over the summer.

Purpose-built, interoperable parachains are fundamental to achieving the multichain vision set out in the Polkadot whitepaper by Ethereum co-founder Dr. Gavin Wood.

The Anatomy of an Auction

As with the first quintet, parachain auctions will commence with a two-day period of initial bidding followed by a five-day ending period (known as the ‘candle phase’). Slot auctions give projects an opportunity to connect to the Kusama Relay Chain, and to benefit from the network’s shared security, scalability and interoperability.

Although no candidates have been named for the forthcoming auctions, those who missed out during the first series may return for another bite at the cherry. Projects that previously failed to land parachains include IoT platform Robonomics, Centrifuge-powered defi protocol Altair, and liquidity omnipool Basilisk.

The final phase of Polkadot’s protracted launch process will see interconnected, application-specific sub-chains launch not on Kusama, but on the main Polkadot network. Last month, the project’s co-founder Robert Habermeier portended the latest round of Kusama auctions, noting that the team were “watching consensus metrics and [the] stability of the Kusama network” ahead of more auctions.

Kusama’s parachain slots are allocated via a mechanism known as a candle auction, with participants given a fixed length of time to make bids and the auction’s end time randomly determined thereafter. Interestingly, the highest bidder at the end of an auction does not necessarily win the parachain: it depends whether the final and highest bid falls into the range after the termination block; if so, it is discarded.

A crowdloan mechanism also permits projects to trustlessly run decentralized campaigns to boost their bidding power. All five of Kusama’s current parachain projects utilized crowdloans during their summer auctions, with over $220 million worth of KSM bonded to date – 10% of the token’s supply.

In a recent report, Web3 Foundation research scientist Jonas Gehrlein revealed that most contributions for crowdloans which eventually won auctions during the first round were “made in the pre-candle phase of the respective auction.” Early bidding, therefore, could prove crucial during the upcoming series.

Polkadot’s announcement of a fresh round of auctions means the protocol is one step closer towards conducting such events on the main chain. Back in May, two caveats were stipulated for such an event: the completion of a full external audit and Kusama’s execution of at least one successful auction involving crowdloans.

With the latter condition having been met, the Polkadot community eagerly awaits the day when DOT auctions will replace their KSM counterparts. When the time comes, it’s likely that high-performing Kusama parachains will be at the front of the queue for claiming the first ever slot. DOT token-holders, meanwhile, will be hoping the asset appreciates in value.

Messari’s Nick Garcia has called Acala Network “Polkadot’s likely inaugural tenant” due to its cross-chain open finance infrastructure. Acala’s ambition is to become the blockchain’s decentralized finance hub, with a range of built-in applications serving various use cases, from liquid staking and DEXs to an on-chain Treasury and decentralized stablecoin (aUSD).

The Coinbase-backed platform’s sister protocol Karura was by far the most supported project during Kusama’s first auction series, with over 501,000 KSM bonded.