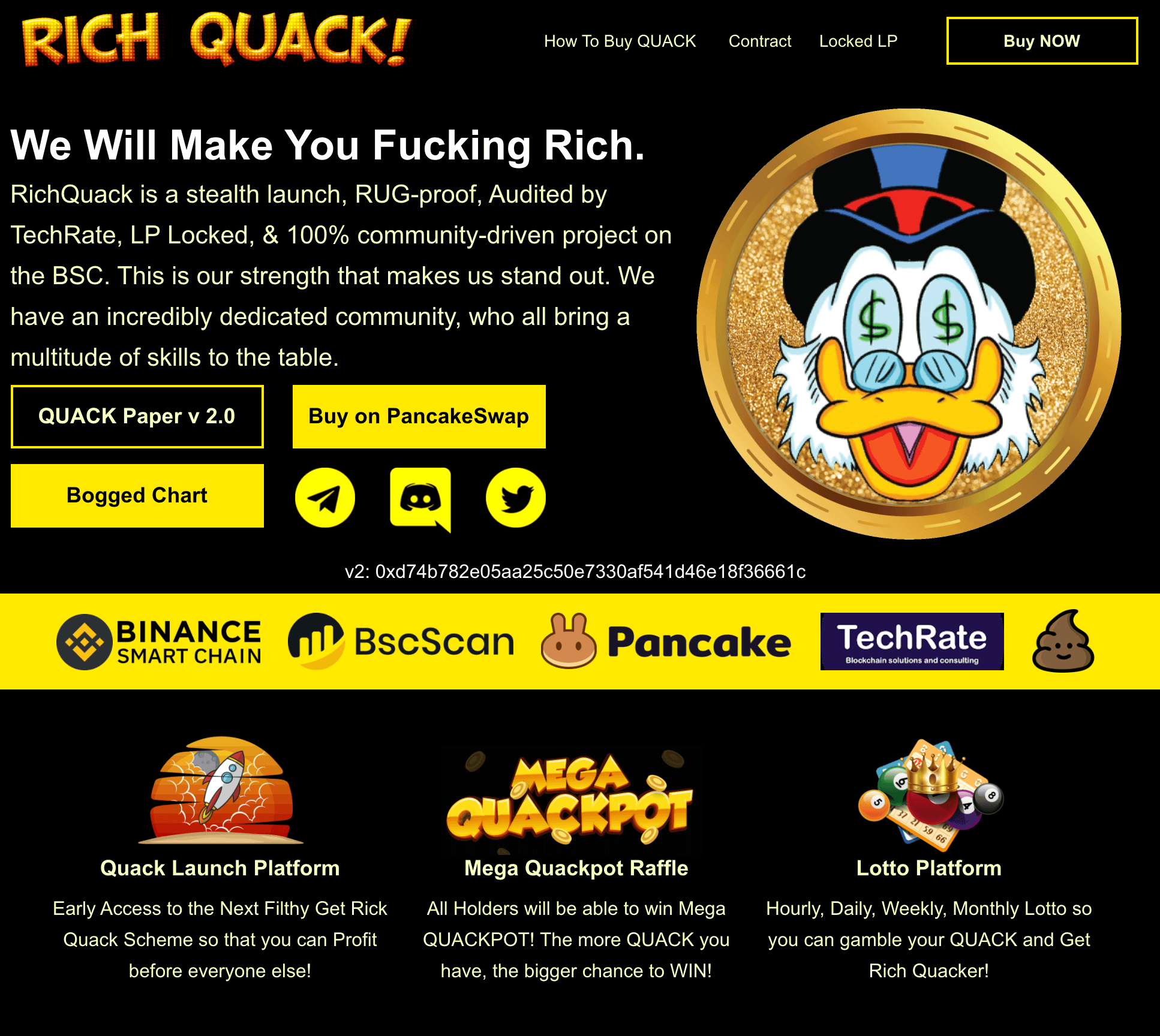 Based on information from its official website, Richquack is a token based on the Binance Smart Chain, boasting a number of impressive features. It is the first token with a Black Hole design, which exponentially cuts the total supply in circulation by massive amounts. Richquack combines this with an innovative auto-liquidity feature that increases the liquidity of the token rapidly. Finally, Richquack has massive decentralization on a scale rarely seen in other tokens. These three features combined to produce a powerhouse token owned solely by the community. Richquack also adopts a Fair Launch model where 100% of the RichQuack supply is seeded as liquidity, which means no presale and no allocation to its team members.

While Richquack.com has been audited by Techrate Audit and got a perfect score, it also invites other reputable auditors to inspect it.

Since the launch of Richquack 2nd Version, 19hours ago, the RichQUACK community has grown significantly, with over 1900 Telegram members, over 460 RichQUACK.com token holders. It also has more than 50% of the supply held by the BlackHole.

3 Products of RichQuack that will launch soon

Early Access to the Next Filthy Get Rich Quack Scheme so that you can Profit before everyone else!

All Holders will be able to win Mega QUACKPOT! The more QUACK you have, the bigger chance to WIN!

Hourly, Daily, Weekly, Monthly Lotto so you can gamble your QUACK and Get Rich Quacker!

For more information about the RichQuack token, visit its website to see the token’s features.

Get yours now before the price flies to the moon. Currently Market Cap is still only $68k, 50 Quadrillion in circulation now, be QUACK trillionaire today! Many Experts predicted Market Cap will go to as high as $10 Million by the end of 2021. Writer personally believes these predictions are possible, nothing is impossible in the Crypto world afterall.