Just when we thought it was safe to start buying Bitcoin again after the last something/somebody induced dump, a somebody tweeted something that caused Bitcoin and the entire crypto market to dump yet again - just another day in the world of crypto.

Bless him – Elon must have been a trifle bored with more than a day of crypto gains. Really, it must have been such a pain to see a modicum of stability in the crypto market, so you can’t really blame Mr Universe for deciding to have his little giggle.

All it took was a couple of vague tweets that suggested that Bitcoin might not be his love any more, and the whole crypto market plunged. Bitcoin lost around 8% (at time of writing) and various other cryptocurrencies lost up to 10% in this latest dump. 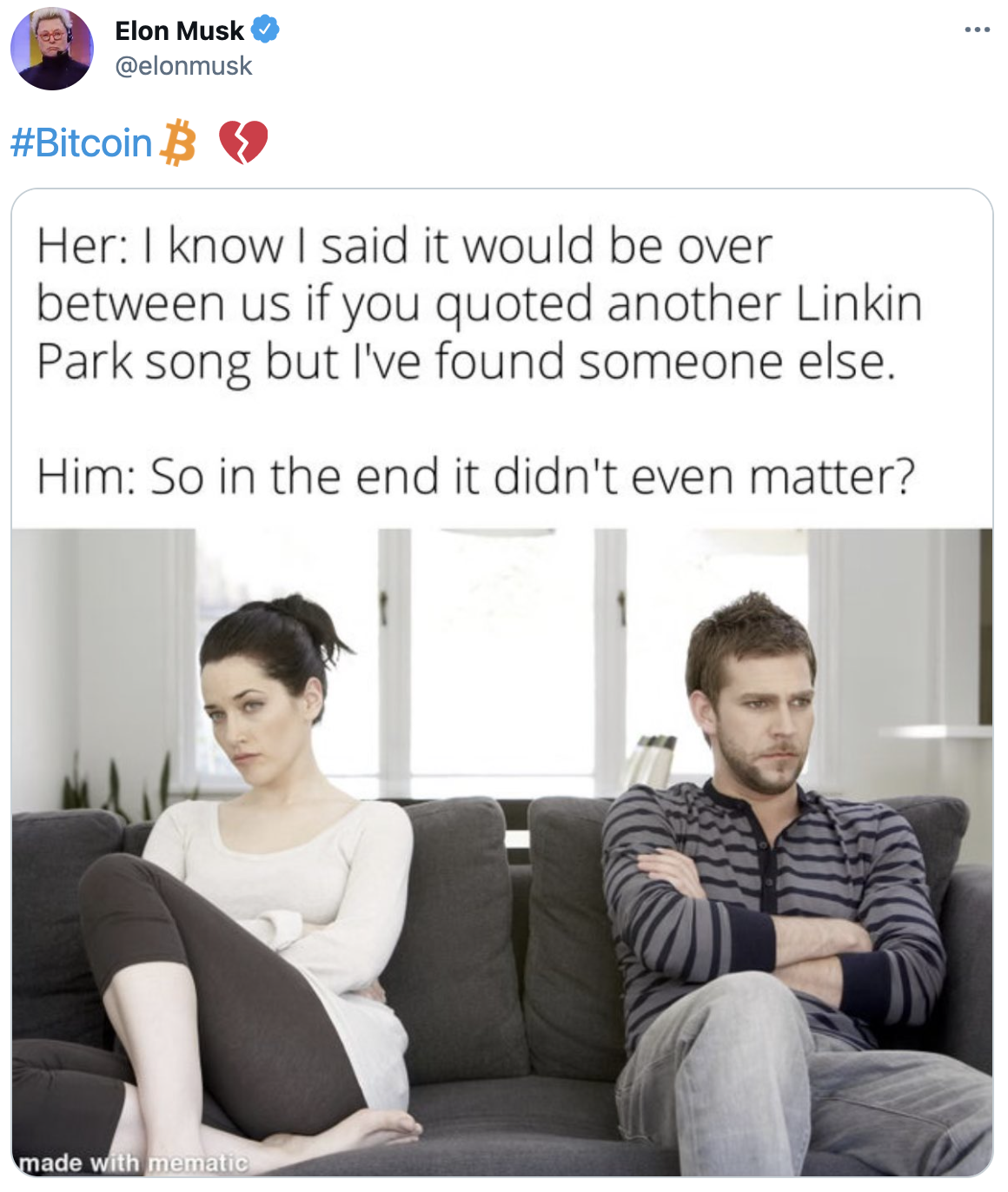 Might it be suggested that these supposed genius tweets look like something a callow youth would put together, thinking himself hilariously funny and very much the comedian of the day. For sure, a lot of slavish Elon followers will be tickled pink by the antics of their god and general, but really, will they be any older than 14? 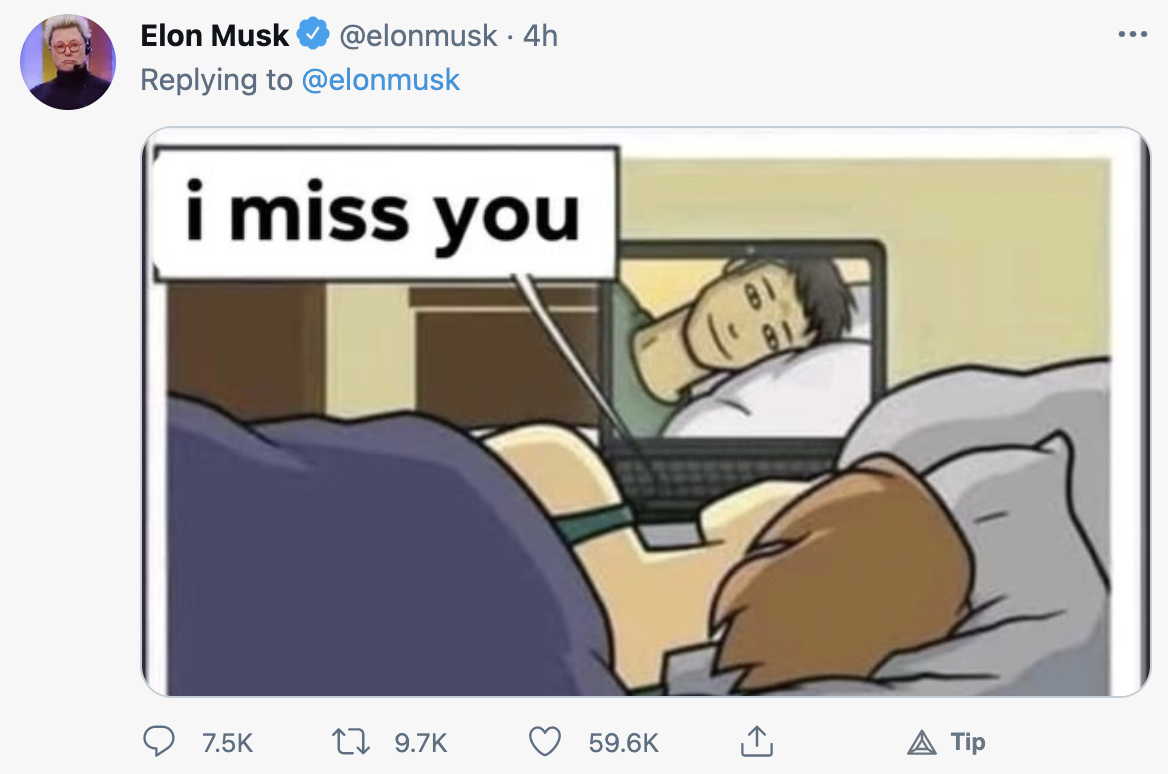 Mr Musk is probably a genius of some kind. You would imagine that to get to where he has got to, he would need to have some quite remarkable skills and qualities. Let’s face it, playing around with rockets and spaceships would take more than just a level 2 certificate in physics.

However, as regards crypto, he does appear, at least on the surface, to be lacking in fundamental knowledge, as his championing of Bitcoin, followed by a complete 180% about face, would seem to suggest.

To have such power at your fingertips must be an amazing feeling. You just think of something mildly amusing, tweet it out, and then watch smugly from the side-lines as all hell breaks loose.

The next time Mr Musk thinks to tweet out one of his hilarious little memes perhaps he would spare a thought for the average Joe who is struggling to make ends meet and may be forced out of crypto by these dumps.

Satoshi Nakamoto left us a system that provided an exit door out of the present financial system. It was put there to help out the average Joe and allow him to hold assets that couldn’t be manipulated and taken away from him.

Please Mr Musk – don't make it harder than it already is.

Why cross-chain is the future of DeFi industry?