in NFT
by Crypto Daily 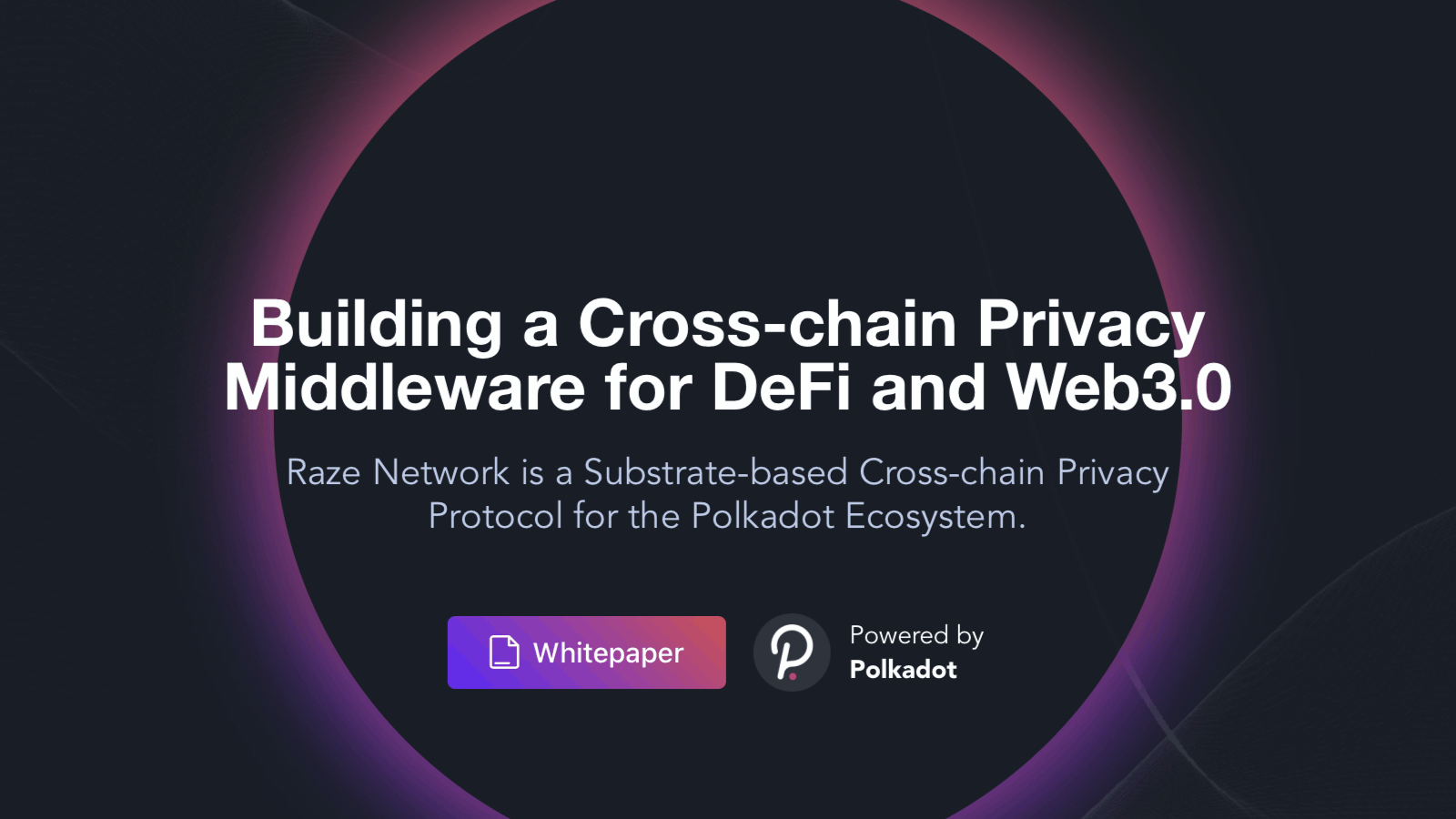 The burgeoning Polkadot ecosystem is getting closer to yet another milestone as Raze Network has shared the initial details of its upcoming testnet. The trustless decentralized privacy protocol has invited their community members to preview the technology and select the best UI design.

Raze Network has been in development for a while. A significant new development now comes with the launch of the "Testnet", where the company’s team and users will be allowed to interact with smart contracts. The purpose of this release is to collect data on the protocol under more dynamic conditions and at a larger scale than they can sustain internally.

This testing phase helps Raze generate crucial data that they can analyze and feedback into future development. Further, the experiment examines the protocol’s capabilities to sync, store data and simulate the main network.

Since this is the first iteration of their software, the feedback that participants will provide will be invaluable in ensuring that Raze Network realizes its potential.

Note that this release does not mean that the Raze Network will start the testnet immediately. The company is giving ample time for the development team to stabilize and strengthen the testnet, and further releases will follow before it begins. Practical information on connecting to the testnet will be posted soon.

The triple DEX offering of Raze governance token, aka $RAZE, was part of multiple distribution events on major IDO platforms, including Bounce, Poolz and DuckStarter.

The conclusion of the IDO event was followed by an additional public sale on Balancer Liquidity Bootstrapping Pool. Finally, the $RAZE token has been listed for trading on Uniswap, with more listings on centralized exchanges will follow suit shortly.

Meanwhile, Raze Network has recently entered into many partnership agreements to progressively develop the adoption and the use cases of its Polkadot-based cross-chain privacy protocol.

Raze Network catches up with the NFT trend

The underlying logic of Raze Network is to mint private tokens from base tokens on the contract at a minting value ratio of 1:1. Its transfer function allows for anonymous transfers of the token, ensuring the anonymity of both the sender and recipient, as well as concealing the amount sent.

The platform users are also able to make use of private transactions for on-chain transfers of tokens between different blockchains. Other plans for the near future include creating their own Non-Fungible-Token (NFT) in partnership with Raze’s strategic partner, Bondly Finance.

With more Decentralized Finance (DeFi) projects launching in 2021, Raze Network will address privacy challenges and the right to anonymity. The privacy-preserving decentralized platform is built on Substrate to provide DeFi users with anonymous transactions, payments trading, and mining.

While the privacy narrative got lost somewhere among all these functions, Raze Network is working in that regard on the Polkadot ecosystem. Most recently, it developed a cross-chain private payment protocol to provide DeFi users with both safe and private financial transactions.