in Bitcoin Spotlight
by Laurie Dunn

It has just been announced on the MicroStrategy website that the company has bought a further 271 Bitcoins. This now brings its Bitcoin treasury to 91,850 Bitcoins, acquired for $2.241 billion. 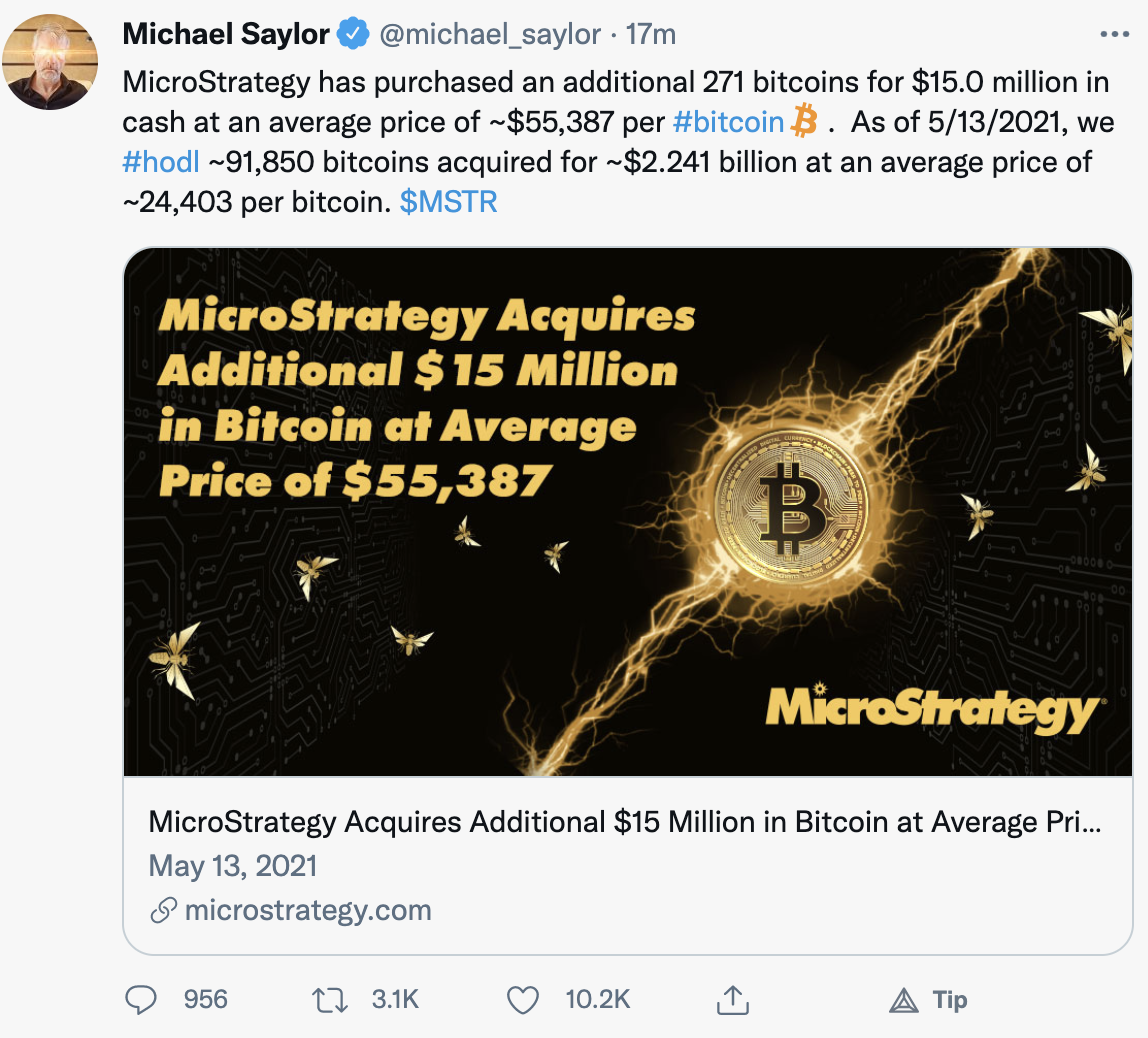 As the crypto markets continue to experience some turmoil, with most cryptocurrencies, including Bitcoin, down quite a large amount following the stock market dip and the Elon Musk renewable energy tweet, Michael Saylor’s MicroStrategy has made yet another major Bitcoin purchase.

Saylor is one of the most powerful advocates of Bitcoin and he makes frequent public comments on the subject, as well as appears on many media forums to explain his views on Bitcoin.

He has said that “Bitcoin is the most powerful and disruptive technology of our lifetime”, and sees it as “the strongest treasury asset for institutional investment”.

His company MicroStrategy was the first public company to invest in Bitcoin, only then followed by Square, Tesla and others.

The company also recently let it be known that its directors would receive their board fees in Bitcoin.

With his forecast that 8 billion people will eventually have access to digital wallets, a veritable wave of transactions in cryptocurrencies could be on its way. Saylor has said that “strong assets and strong currencies will win”, and that Bitcoin was the “best method of growing your wealth”.