After testing $42,000, Bitcoin plummeted and almost reached $30,000, thus scaring a lot of traders. It was even said that the situation was very similar to the end of 2017, the uptrend would in a moment, and the cryptocurrency would return to its lows. However, from the technical point of view, any trend should “breathe”, that’s why corrections even within strong trends should be considered as a regular cycle on the market. 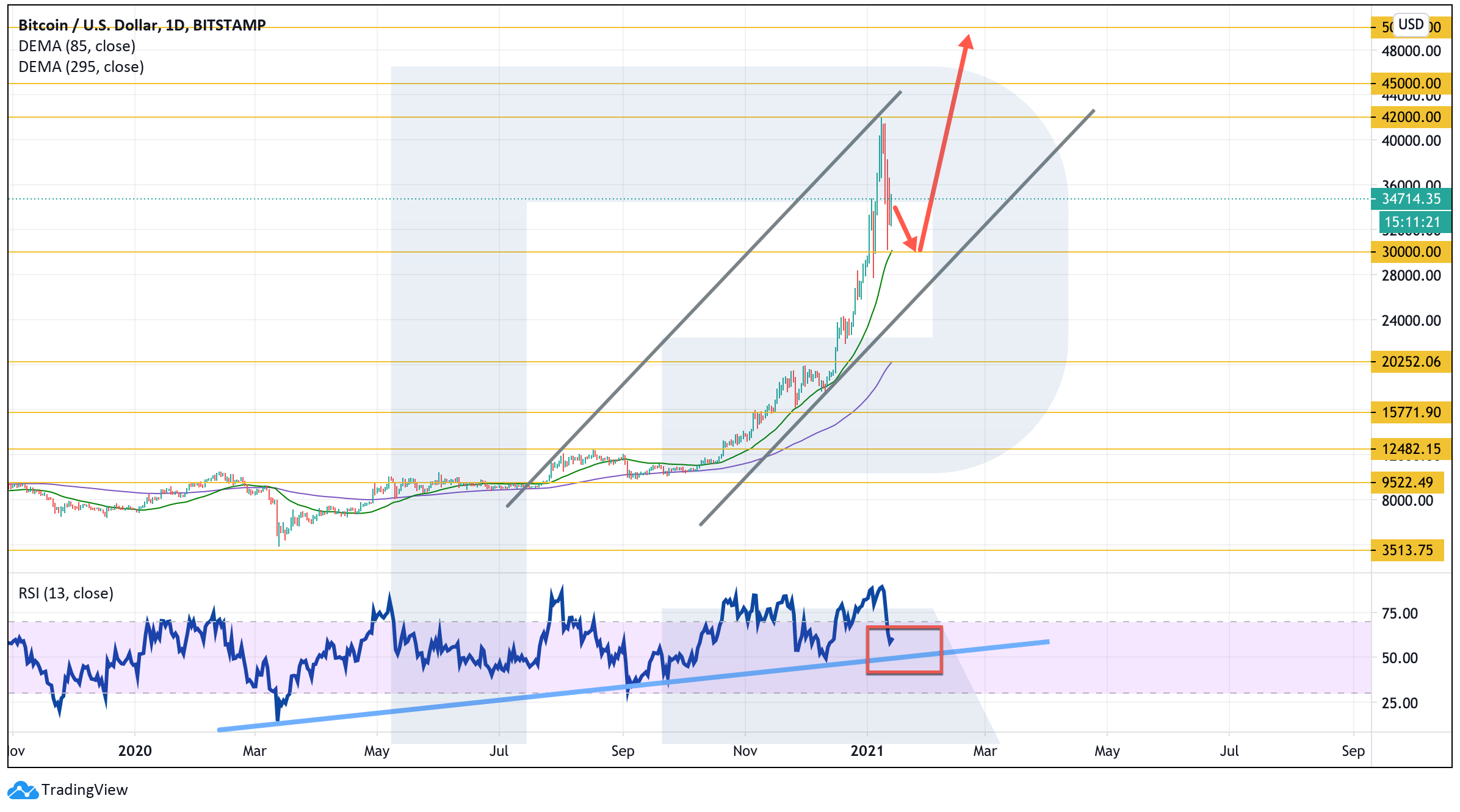 As we can see in the daily chart, after moving away from Moving Averages, the pair has corrected to return to them. We should note that the price already rebounded from the fast Moving Average earlier and, as a result, resumed moving upwards. The RSI, after testing the support line, has rebounded from it – you can’t see this on the indicator chart because it is formed by closing prices and the test occurred at the time of decline when the closing price was higher and the indicator had been reformed by that time. At the moment, the key level for bulls is $30,000, a breakout of which may lead to a deeper correction towards $25,000.

Another signal in favor of further bullish rally in BTC may be another stimulus package for the American economy worth $3 trillion, which was asked by the new US President. The payout amount will go from $600 to $2,000 to help compensate for the COVID 19 pandemic consequences. There is an opinion that Joseph Biden increased payouts after the unemployment report published earlier. In his opinion, immediate measures in current conditions would help the country’s economy more effectively. It’s nothing but positive news for Bitcoin because there will be even more money on the market and they might be invested in riskier assets.

Many people associate the current growth in Bitcoin with a bigger number of institutional investors that appeared on the market recently; however, right now they account for a small part of all market players. For more significant growth, the number of such investors should much bigger. Only in this case, there won’t be any declines by more than $10,000 within the same trading session anymore. 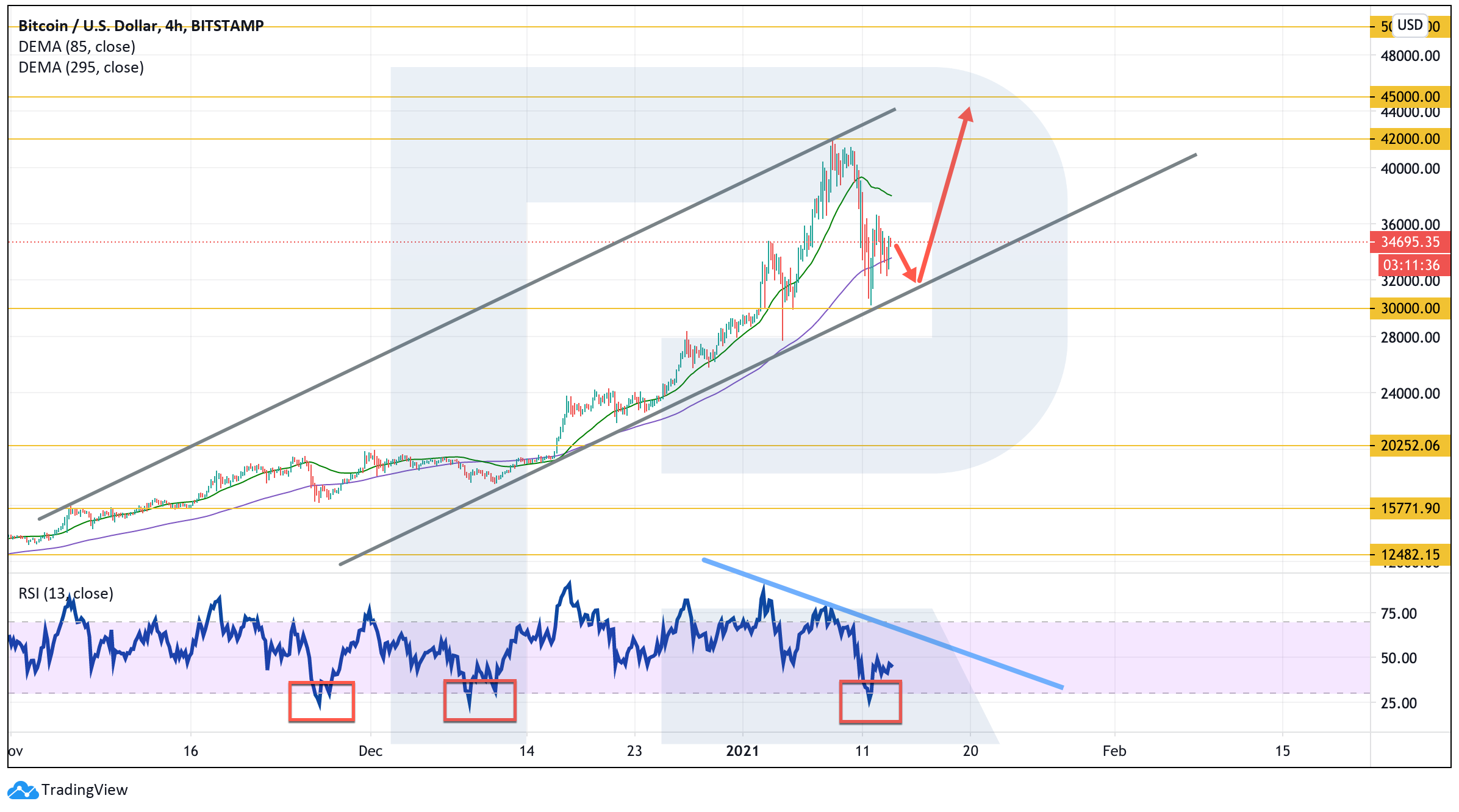 The H4 chart indicates a possible rebound to the upside. As one can see, after plummeting below 30, the RSI quickly recovered. As a rule, at the time of strong rising impulses, such behavior may be considered as a signal in favor of further growth. When the indicator breaks the descending trendline, the closing price may be above the local high at $42,000. However, if the price crosses the channel’s downside border and fixes below $30,000, the asset may complete a Head & Shoulders reversal pattern. In this case, the target of the pattern materialization may be $18,000. To cancel the pattern, bulls must break $40,000 upwards.