There are more and more rumors and discussions that Bitcoin may replace gold in the nearest future. After all, it’s the digital currency that is more functional and easier-to-use than a bar of gold. It’s much simpler to use, store, and pay with Bitcoins. All these factors are very positive and support the current bullish rally on the cryptocurrency market – right now, even the most conservative investors are starting to think of the leading cryptoasset as a “digital gold”. According to surveys, the number of millionaires who are ready to invest in cryptocurrencies is growing: about 73% of surveyed said they would buy digital assets in the following two years.

One should also note the fact that bulls are barely allowing the BTC/USD rate to fall: should there be any slight corrections, they start buying the asset, thus pushing it upwards. It can be clearly seen in the H4 chart: as soon as the price falls below the fast Moving Average, it rebounds to the upside and resumes the rising tendency. At the same time, the asset hasn’t fallen lower than the slow Moving Average a single time since it started the current impulse on October 10th, 2020. Only a breakout of this line will make bulls decrease pressure on bears and let the price start a long-term correction. 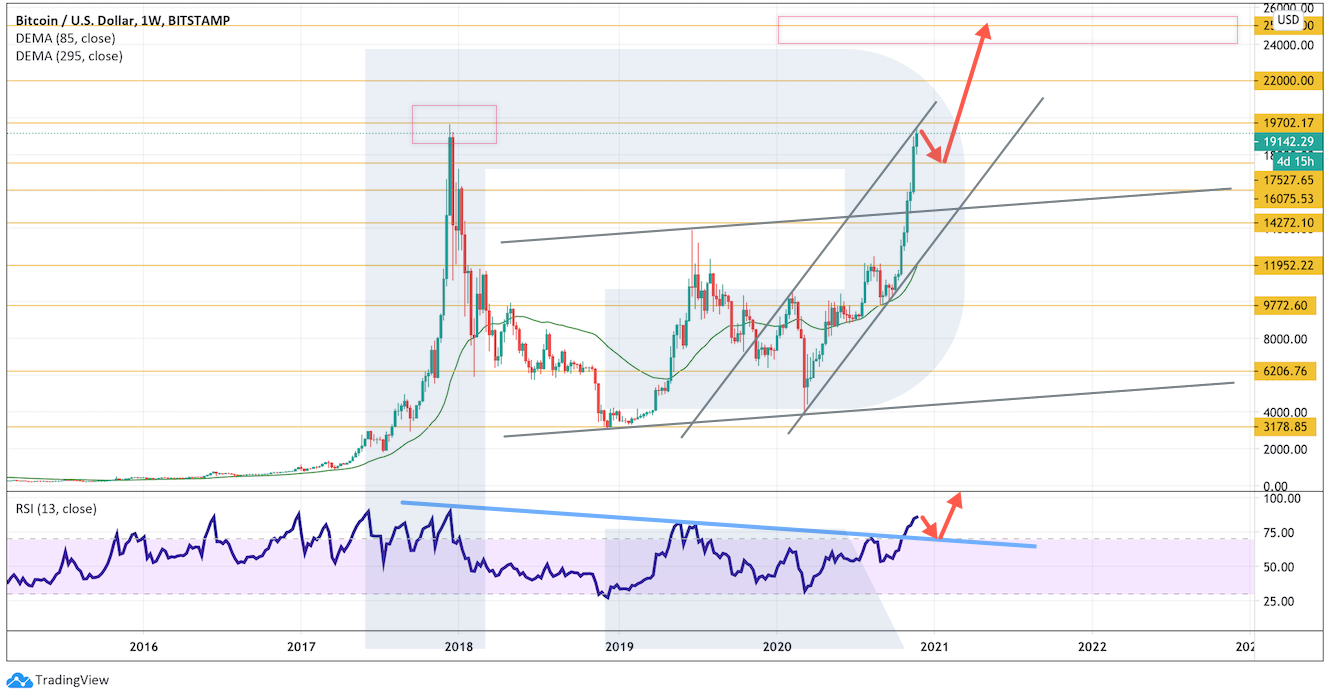 Earnings from mining have reached a peak after plummeting before the halving. This is another confirmation that the cryptocurrency market has completed recovered and is ready to continue the bullish rally

However, the hero of the week is not Bitcoin but XRP: as soon as BTC/USD almost reached its all-time high, altcoins showed steady growth. Many major coins haven’t demonstrated the same dynamics as Bitcoin, that’s why the potential for their growth is huge. It can be seen through XRP, the capitalization of which has more than doubled since last Friday. Unfortunately, there were no news catalysts but investors are in no hurry to buy Bitcoin. On the other hand, they are very enthusiastic about investing in altcoins that didn’t show any significant improvement after all. 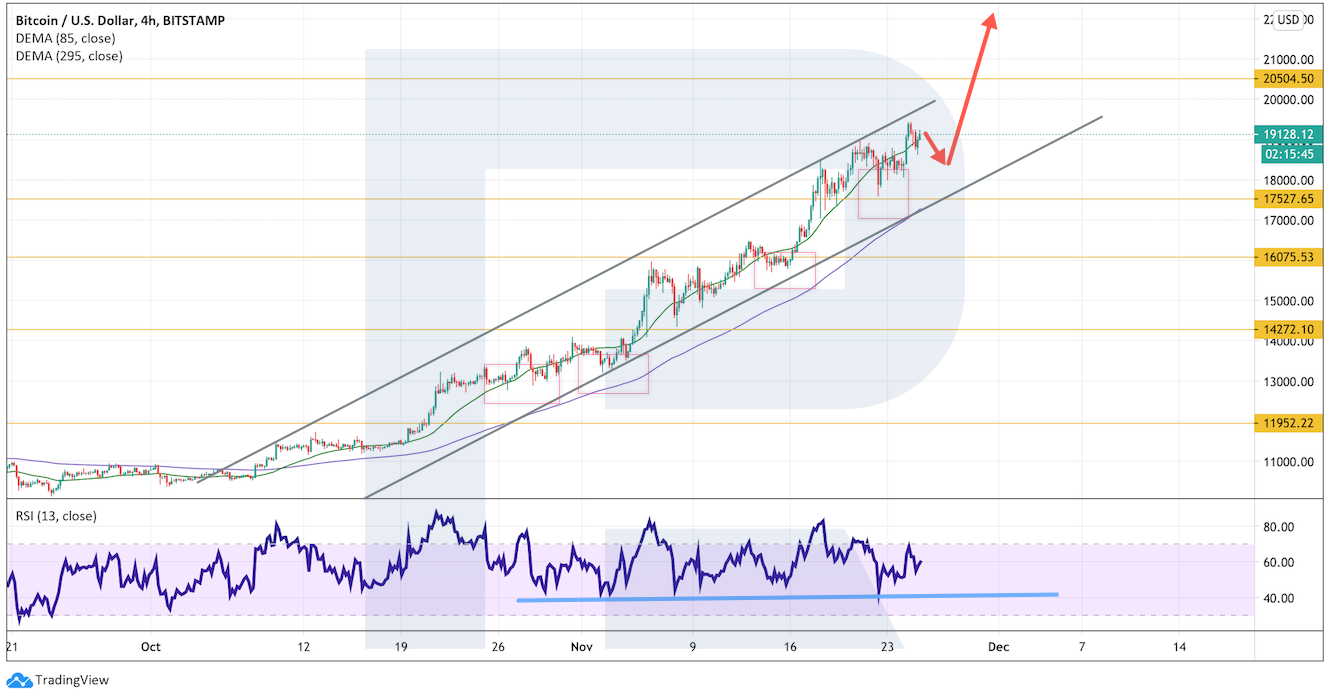 In the weekly chart, the RSI indicator has fixed above the resistance line and that’s a very strong signal in favor of further growth to break the all-time high. In most cases, such situations result in a breakout of the closest resistance area, which is here at $20,000. On a shorter timeframe, bulls are starting to buy the asset as soon as descending corrections begin, that’s why there are excellent chances to see a breakout of the resistance area in the nearest future without any significant declines in Bitcoin. But if one considers the distance equal to the channel’s width as a target for the rising tendency, then the upside target may be at $25,000.