When cryptocurrencies, and mainly Bitcoin, started to reach a more mainstream audience, the reactions were mixed, to say the least.

Some people were thrilled by the idea of finally experiencing financial freedom, isolated from governments and banks. Bitcoin’s peer to peer network allowing for a borderless and permissionless transfer of value opened new doors in the financial ecosystem.

The concept has helped many get access to financial services in countries suffering from unreliable banking structures or hyperinflation. But as some have praised this newfound financial freedom, others have shunned it, and often, rightfully so.

First of all, global governments, with a few rare exceptions, have mostly shown reservations, if not, total disdain for cryptocurrencies. The main reason for this is the lack of regulations or the possibility thereof.

There’s an innate fear that crypto could disrupt monetary policies, once central banks lose their exclusive power to issue currency in their respective countries.

Second, Bitcoin and other cryptocurrencies have been the target of various attacks since its launch, with significant consequences for the users.

And third, the lack of regulation has often exposed crypto users to scams and led to illegal activity. While the volume of illicit activity crypto seems to be decreasing, criminal organizations still use the pseudo-anonymity of cryptocurrencies to diversify their actions.

These recurring problems have often prompted government officials to discuss regulating procedures. But nothing has come close to the stirrup that Facebook’s cryptocurrency project, Libra, has achieved.

The threat of a global cryptocurrency has prompted governments to understand the ecosystem, instead of just banning cryptocurrencies altogether. And this is a good thing.

Since the spring of 2019, the cryptocurrency market has risen more than 300%. This showed skeptics that crypto is far from dead and that there’s a long term game here. And like any good game, it needs some rules.

In the past, legislators have been scrambling to set up this rulebook in a hurry, resulting in rash decisions that have been met with severe criticism from the crypto community. Nebulous rules have often turned off companies from entering the cryptocurrency market.

However, this trend has declined lately, giving room to more thought-out regulations. Companies are finding it much easier to set up their business where crypto legislation is clearly laid out.

For example, the DeFi (Decentralized Finance) ecosystem has recently passed the $2 billion cap, growing more than 300% in just a year. This clearly demonstrates that better regulations are encouraging investors to trust cryptocurrencies more and more. 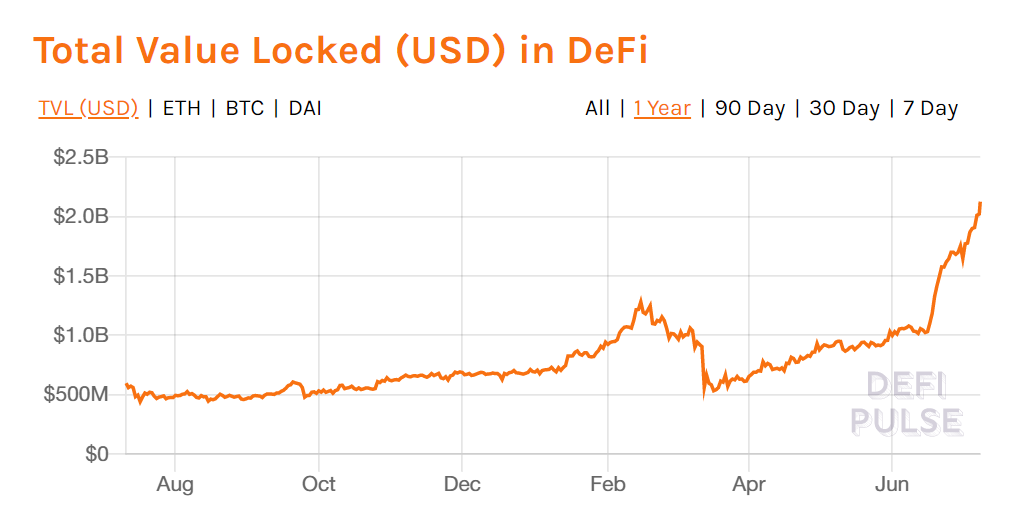 As we mentioned before, cryptocurrency has been a topic of continual debate among global economies and governments.

And while each country has its own regulating body over who oversees banking and fintech industries, governments have been pretty erratic on the cryptocurrency topic.

Some administrations are Bitcoin-friendly, while others like India and China have banned Bitcoin and other cryptocurrencies, outlawing their use and investment altogether.

Let’s have a look at some of these blockchain regulations more in detail in some economically relevant regions like the U.S, Europe, and the U.K.

Crypto regulations in the US

The United States has been amongst the first countries to try to regulate the use of cryptocurrencies. But due to the complexity of the sector, they haven’t been able to determine a single legislator responsible for this new financial ecosystem.

There are multiple government bodies that are involved in the cryptocurrency regulation process - the Department of Treasury, SEC, FTC, IRS and FinCEN. All of which differ in their definitions of "cryptocurrency," as well as their stances on how regulation should be applied.

For example, FinCEN does not consider cryptocurrency to be legal tender, but at the same time, the IRS considers cryptocurrencies property and has issued tax guidance accordingly.

But despite interest from these agencies, the federal government has not exercised its constitutional power to regulate blockchain to the exclusion of states. This has resulted in different US states having complete opposite stances on Bitcoin and cryptocurrencies.

Europe has been quite friendly to cryptocurrencies until recently. The newly (Jan 2020) adopted Anti-Money Laundering Directive (AMLD) aims for more transparency around the owners of virtual currencies.

The result is the creation of a central database of cryptocurrency users that can be accessed by the Financial Intelligence Units for scrutiny under suspicion of fraud or malfeasance. This means that anyone that wants to buy Bitcoin has to go through a KYC process before completing a transaction.

Crypto regulations in the UK

In the UK, Financial Conduct Authority (FCA) has become the anti-money laundering (AML) and counter-terrorist financing (CTF) supervisor of the country's crypto-asset activities.

It states that crypto exchanges, ATMs, peer-to-peer platforms, custodian wallet providers, and token issuers all must comply with its rules.

As blockchain technology becomes increasingly popular private sector, it is clear that the wild west days of crypto are over. Regulations are needed to put investors’ minds at ease and contribute to mass adoption.

Still, the crypto technology is on its baby steps when it comes to regulation. There aren’t any global policies to be found, and the US has shown that legislations can be quite confusing within the same country.

There’s still a vast grey area in the sector, and many countries are trying to balance building a society that strives toward innovation with one that protects its citizens from crime and fraud.

However, having strict rules is a double-edged sword. While they can contribute towards attracting new investors, they are also bound to alienate some early adopters of the technology.