Bitcoin Bulls All Set To Charge Ahead 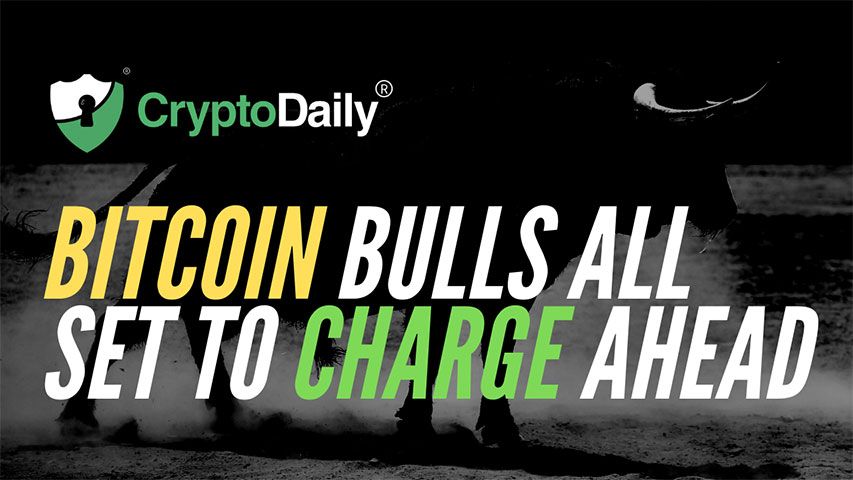 Way before when the falling wedge that we now see on the BTC/USD chart was a thing, we discussed in one of our video analyses from last month that people are going to gradually start talking about it and it will become common sight to see traders posting about it. That has finally happened and even though some think the falling wedge has yet to be broken, we believe that has already been broken and tested as support. The price is now ready to rally higher soon as it breaks out of the symmetrical triangle. This triangle now has just a few hours left before which it will have to make the decision to breakout either to the upside or to the downside.

The EUR/USD forex pair has a very important role to play in this regard. We have seen the cryptocurrency market dance to the moves of this pair more strongly than before in the past several weeks. This is because the next move in this pair is going to be game changing for many markets. The cryptocurrency market is a very small one, but the EUR/USD forex pair or the S&P 500 (SPX) have had a pull on most markets for a very long time and this is why we see BTC/USD waiting for its next marching orders. If the EUR/USD forex pair ends the week below the trend line resistance but above the 38.2% fib extension level, we can expect another inconsequential week in BTC/USD but if we see this pair close above the trend line resistance then BTC/USD might rally higher over the weekend.

Ethereum (ETH) is in a similar situation as Bitcoin (BTC) and we can see on the 4H chart for ETH/USD that it has round two days to make a decision. If it breaks to the upside, we can expect a rally past $150 and eventually towards the $170 mark which would coincide with the 50% fib extension level. At a time when Bitcoin dominance (BTC.D) seems ready to decline further, Ethereum dominance (ETH.D) seems better placed to take advantage of the current situation and rally higher. If it ends up breaking past the 38.2% fib extension level, we can expect a similar rally that followed after it bottomed in a similar manner the last time. The Fear and Greed Index has turned from “extreme fear” to “fear” but there is still plenty of fear in the market. Until and unless the EUR/USD forex pair declines below the 38.2% or BTC/USD declines below $7,000 we have no reason to bearish on the market near term.