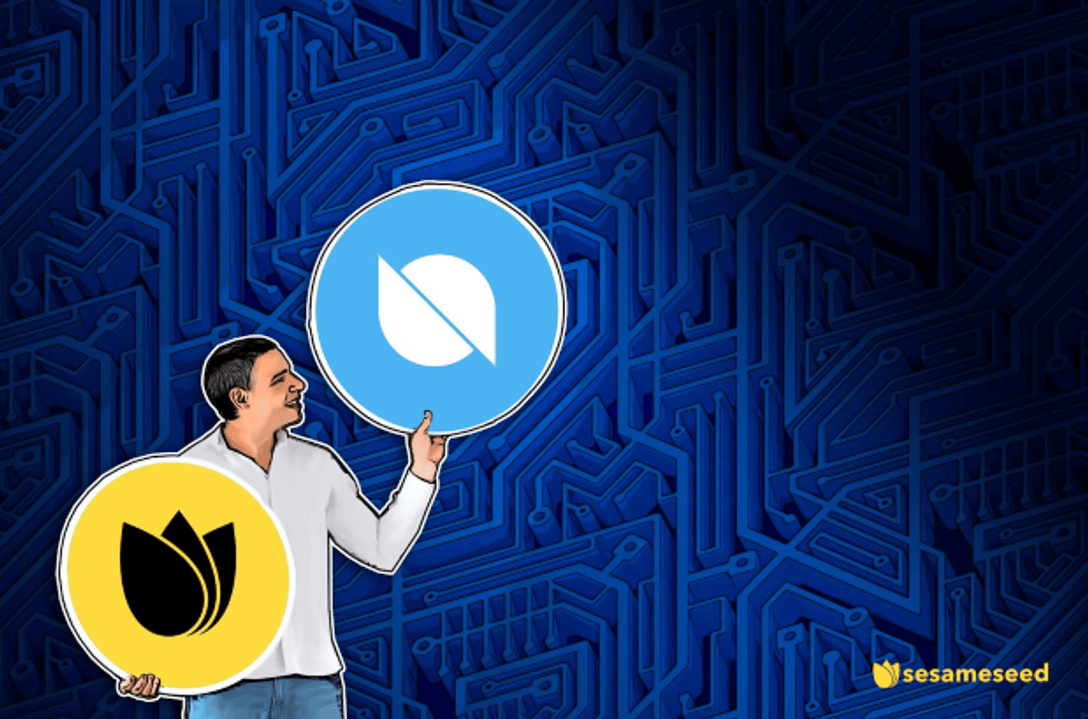 Until now, in order to get staking rewards with ONT and access the lucrative Ontology foundation staking rewards, Ontology holders were required to stake at least 500 ONT. However, a growing number of users of the Ontology Blockchain are now staking and earning foundation rewards with only 1 ONT. Ontology debuted a new blockchain governance contract built by one of its newest block producers, Sesameseed. Other changes this new method of staking enabled are:

- Rewards for staking start within 24 hours of staking. This eliminated waiting for rewards to start until the start of the next block cycle.

- The ability to earn the multichain rewards token SEED. SEED is a pegged token and its redeem value automatically goes up over time as it is held. SEED also earns rewards from node operation on multiple blockchains daily.

Andy JI, the co-founder of Ontology, wrote in a recent AMA on Telegram -

“Ontology's partnership with Seseamseed enables the community to better engage in the ecosystem.”

Previously, the community-first blockchain governance organization Sesameseed has been best known as the highest-voted Super Representative on the TRON Network. Now, Sesameseed has partnered with the Ontology Network to bring a community voice to Ontology’s proof-of-stake system.

“Community is the key to the success of the project and an important step towards our goal of decentralization. We hope we can work with Sesameseed to serve the community better, and create more good dApps and tools to serve both our communities,” said Andy JI, co-founder of Ontology. "Ontology's partnership with Sesameseed enables the community to better engage in the ecosystem.”

This new governance contract is quickly gaining adoption through some of the most popular Ontology wallets, but is not yet supported by all wallet applications. Currently, staking with any amount of ONT is available via the Sesameseed voting management Dapp in OWallet v.0.9.15 or higher, or by staking at https://voting.sesameseed.org/ and using the Chrome plugin Cyano Wallet.

“Rewarding SEED token to Ontology Stakers allows us to offer much higher rewards than other consensus nodes,” explains Juliun Brabon CEO of Sesameseed. “To help the community see the value of these rewards, and how they can compound, we have developed a staking rewards comparison tool that updates using real-time information. Holding true to Sesameseed’s value of transparency, we have included a public list of all APIs used to generate the data so anyone can verify our numbers right from the blockchain.” Brabon did point out market forces can change that ratio, but anyone could check the live comparison numbers on Sesameseed’s recently unveiled ONT node staking rewards comparison tool.

Currently Sesameseed has taken over 33 Million TRX off the trading market by locking that into the pegged value of their SEED token. Node rewards from their Ontology node will lock ONT into that pegged value. “Backing SEED with ONT will increase the rewards to all SEED holders and benefit the entire Ontology economy. Sesameseed will be permanently removing ONT out of the available trading market .” said Juliun Brabon.

Ontology has recently announced several partnerships that will make using the Ontology network easier and more convenient. As well as a new staking mechanism, these partnerships have brought new utilities to the network including payments solutions, multi-chain integrations,

and development tools which allow more businesses and institutional users to engage with the Ontology blockchain.

Andy JI recently wrote, “Just as our slogan “Ready for All Businesses” says, our cross-chain protocols will support more different scenarios, traditional real businesses, instead of digital asset exchanges alone. This is why we wanted to design a cross-chain protocol for that.”

More information on Sesameseed can be found here: